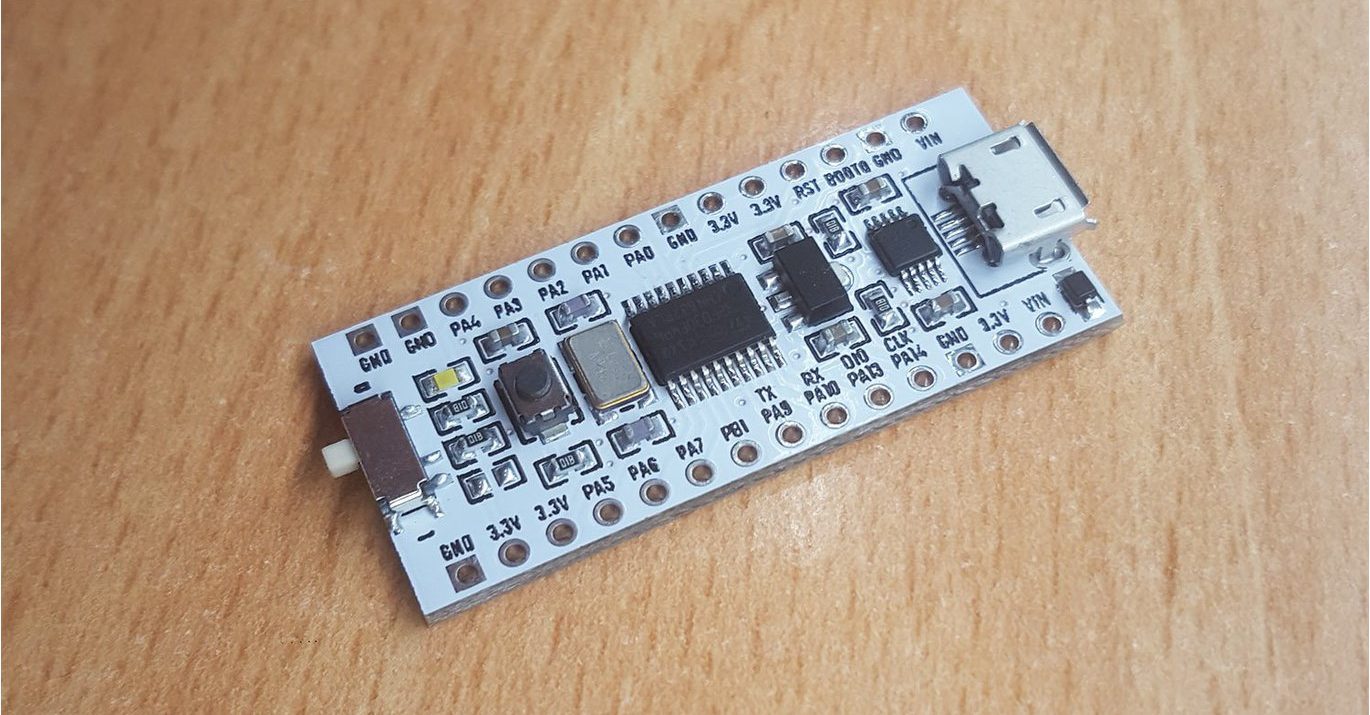 Pinky32 – The Tiny STM32F030 Development Board you always wanted

The STM32Fo30 is one of the most popular microcontrollers in the STM32 family. It’s relative low-power specification and high-resolution ADCs fetched it good followership among designers, as such, it was quite interesting to hear that Czechia-based electronics specialist and Tindie user, NiceThings, announced the launch of a new development board based on it, called the PINKY32.

The board was designed with the desire to make all the amazing features of the STM32F030, available to makers in an easy to use a form like the Arduino boards. According to NiceThings, the board was initially designed for a project that required slow dimming of more than one minute which couldn’t be achieved using the Arduino because its PWM is 8bit, forcing him to use the STM32F030 which has a resolution of 16bits.

The board comes with all the powerful features of the STM32F030 with 16kB Flash, 4kB SRAM, and hardware I2C and SPI buses for communication with sensors and actuators based on them. It was designed with a low quiescent current LDO on board, which ensures the board only draws few uA in shutdown deep sleep, making it a good option for battery-powered (IoT) projects. According to NiceThings, the Onboard LDO will, however, perform best when the input voltage is 5V but you can feed up to 12V on VIN.

Staying true to the “ease of use” goals for the boards, Pinky32 comes with a MicroUSB connector and an onboard CH340 serial-to-USB chip through which it supports flashing/debugging by the Arduino IDE over USB. The board uses the same STM32duino Arduino core which enables the programming of boards like; STM32 Bluepill, with the Arduino IDE.

The board is currently available on NiceThings Tindie page for $7 with 64 orders and lots of good reviews so far, but should you want to make your own version of it, NiceThings made the design openly available and all the files can be found on the project’s GitHub page.

More information on the board, it’s price and shipping possibilities can be found on its Tindie Product Page.