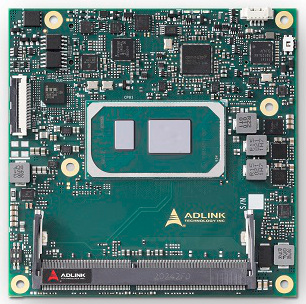 The Tiger Lake ULP3 lineup consists of at least seven new processors. These cover the latest three “E” Core models along with the unannounced Celeron 6305E, also there are three more rugged embedded variants with “RE” suffixes. The “E” stands to its end to indicate the “extended purchase availability” and a slightly lower base and Turbo frequencies than the similarly named ULP3 siblings without the “E” prefix. By lowering the base and turbo frequencies, they ensure a wider operating range of about 0 to 100ºC for the new Core i7-1185G7E.

Intel also lists three other industrial “GRE” series processors, the Core i7-1185GRE, i5-1145GRE, and i3-1115GRE. These processors have the same specs and embedded features as their similarly named “E” counterparts. The sole features that take them apart from the “E” processors are that they add Intel Time Coordinated Computing (Intel TCC) and Time-Sensitive Networking (TSN) networking features.

More information can be found about these new chips at their listing page and about the cExpress-TL at their product page.