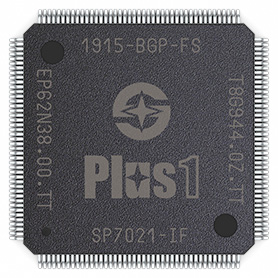 Generally, the SoCs have complex integration processes for deployment purposes. Even if the integration is simple then there is a compromise with the performance factor of the device. Tibbo Technology’s Plus1 SP7021 SoC ensures simple integration with efficient performance comparable with Linux-capable processing. Also, the I/O ports for easy interfacing make it a good fit for IoT applications.

Plus1 SP7021 SoC comes with multi-core processors and up to 512MB of DDR3 memory with I/O ports in a single LQFP package. Also, the core includes quad-core ARM Cortex-A7 working up to 960MHz with NEON multimedia processing engine for multimedia applications. It comes with an ARM926 real-time core with an operating frequency of 202 MHz. It also features a low-power 8051 with selectable operating speeds.

GPIO ports include nine 8-bit ports (P0-8) out of which P1-8 are 5V-tolerant. All the GPIO lines of Plus1 SP7021 SoC have 3.3V logic levels along with 16mA source/sink current for all lines of port 0. It features 8 separate interrupt lines that can be configured as wake-up lines of the chip. Also, each GPIO line can be individually tri-stated to work as an input or enabled to work as outputs. There are two ways of controlling GPIO lines through the 8-bit registers or by using the bitwise access to individual lines.

Integration of Plus1 SP7021 SoC

The device comes with a MIPI-CSI camera port that supports up to two cameras compliant with MIPI CSI-2 and MIPI D-PHY interface specifications. The supported modes of the interface include high-speed mode at 1.0Gbps per lane and low-power mode at 10Mbps per lane. The camera resolution offers up to 1328×864 including non-image data. It features a frame rate of up to 60fps with 10 bits per pixel color depth and hence a total bandwidth of 810Mbps.Plus1 SP7021 SoC features flexible peripheral multiplexing with lines of the peripherals interfacing with any line of P1-8. It also includes dual Ethernet MACs, SDIO interface, 2 PWM modules, 4 SPI modules, 4 I2C modules, 4 timers/counters, and 8 interrupts. 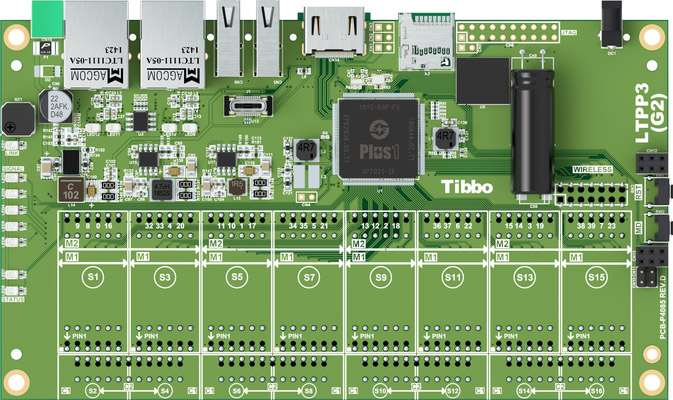 The company also has the LTPP3(G2) development board which is a Linux-based Tibbo Project PCB. The board comes with a quad-core 1GHz Cortex-A7 Plus1 SP7021 SoC. It supports I/O ports located directly on the board along with dual Ethernet ports allowing interfacing with other Ethernet devices. It also features integrated HDMI and serial-over-USB console ports along with the two USB 2.0 Host ports with Type-A connectors and an onboard microSD slot.

Plus1 SP7021 has an industrial operating temperature ranging from -40°C to 85°C. It supports Modern and Yocto-based Linux distribution. It comes with 2 OTG USB2.0 ports with Linux boot and USB video class support. The SoC is available for 20$ at the Tibbo store. Images and technical specifications have also been taken from the Tibbo store’s product page.