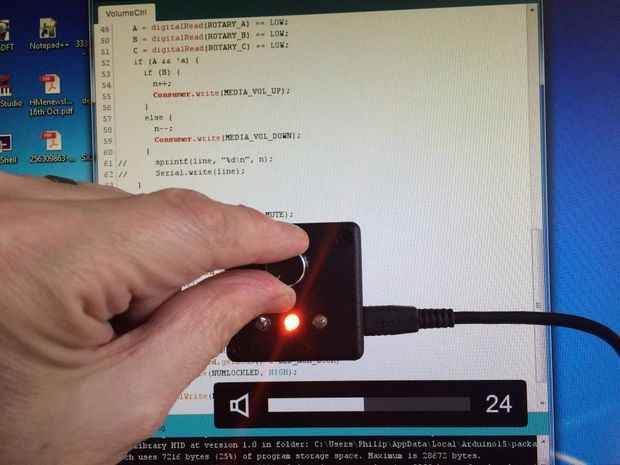 p_leriche @ instructables.com build a USB volume control which is simple, cheap and extensible. Check it out:

I’m not the first person to publish an Instructable for a USB volume control, but I think this one is about as simple and cheap as it gets, and at the same time can be extended at minimal cost to various other functions such as:

and many more, subject to support being provided by your operating system. Mine implements the volume and mute functions (mute by pressing the knob) and the 3 main keyboard LEDs.