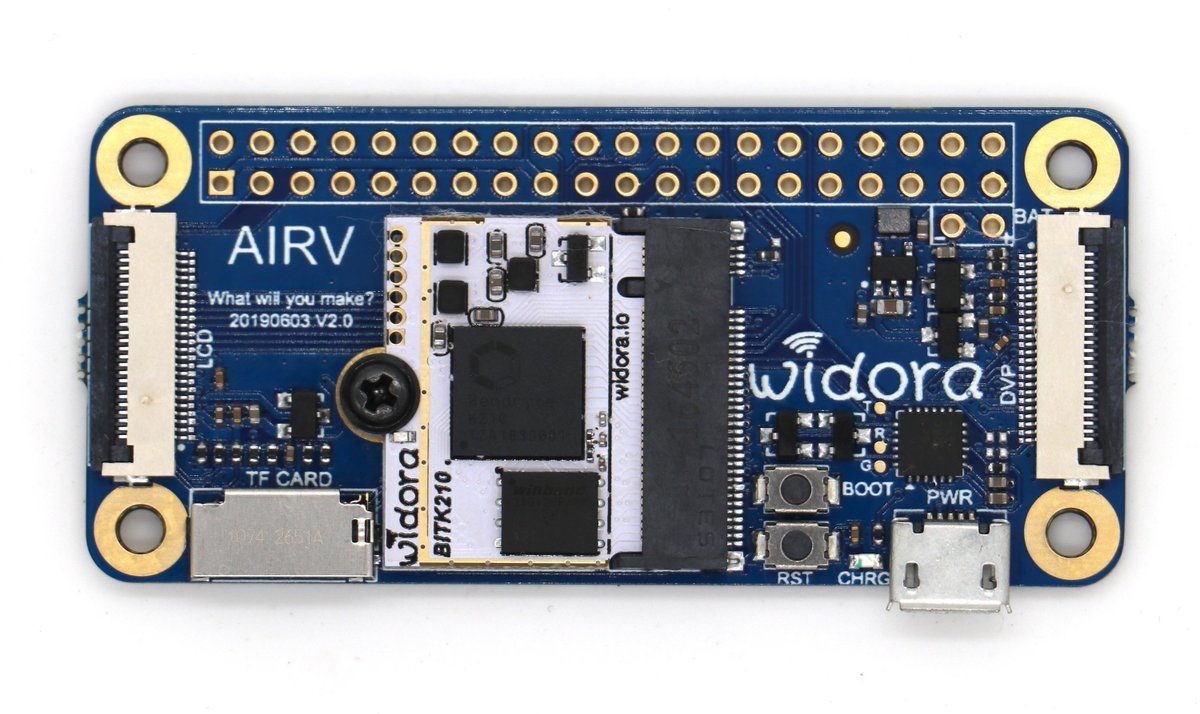 Widora, who has been one of the companies championing the development of open-source boards for IoT applications, with boards like the Widora AIR and the Widora Neo, recently announced the planned launch of  a new board; a RISC-V binocular facial recognition development board which according to the company’s post will be the smallest binocular facial recognition module yet.

Based on the tweet which was posted a few weeks back, the board which will be called the FaceR will be based on the same BITK210 module on which the Widora AIRV2 board is based.  The company tweeted

“We “built” the smallest #K210 module, Also based on it made the #AIRV2 board, it is undoubtedly very beautiful, but also the king of cost-effective. Now, Starting today, we will introduce the current smallest volume binocular live face recognition module #faceR by the end of 2019″.

The tweet didn’t include any image or details of the new board, carrying the picture of the AIRV2 development board instead but it is safe to assume that the board might be designed with the same physical layout and maybe form factor as the AIRV2, with the GPIO header to the top,  the K210 module in the middle, and a micro-USB port for power, but I won’t be surprised if the Micro-USB port is swapped for a USB-C port instead as it seems to be the general direction to which recent boards are driven. Since the board is being said to be for binocular facial recognition, it is safe to imagine that space for cameras/camera connectors, will be created on the board which may mean swapping out one or both of the display ports.

The Kendryte K210 system-on-chip being proposed for the new board comes with a dual-core 64-bit RISC-V processor and accelerators for neural network and computer vision applications which makes it not only ideal for the board but also increases the desire for tinkerers like me to see the board in action leveraging its neural network capacities.

While information around the board is still very sketchy, Widora mentioned the board will be launched by the end of 2019, as such, it is probably justified to believe that more information around the board will surface in the next couple of weeks. To buttress this possibility, a look through Widora’s website shows that space has already been allocated to house the product’s description on the website, which means, we should be seeing some entry there soon.

Computer Vision application is beginning to find a foothold in every facet of our lives, with facial recognition getting more popular by the day. if no other thing, the tease by Widora has shown that capable, dedicated open-source development board for its implementation either on a DIY/Maker, or professional level is on the way.  Start getting your ideas together!