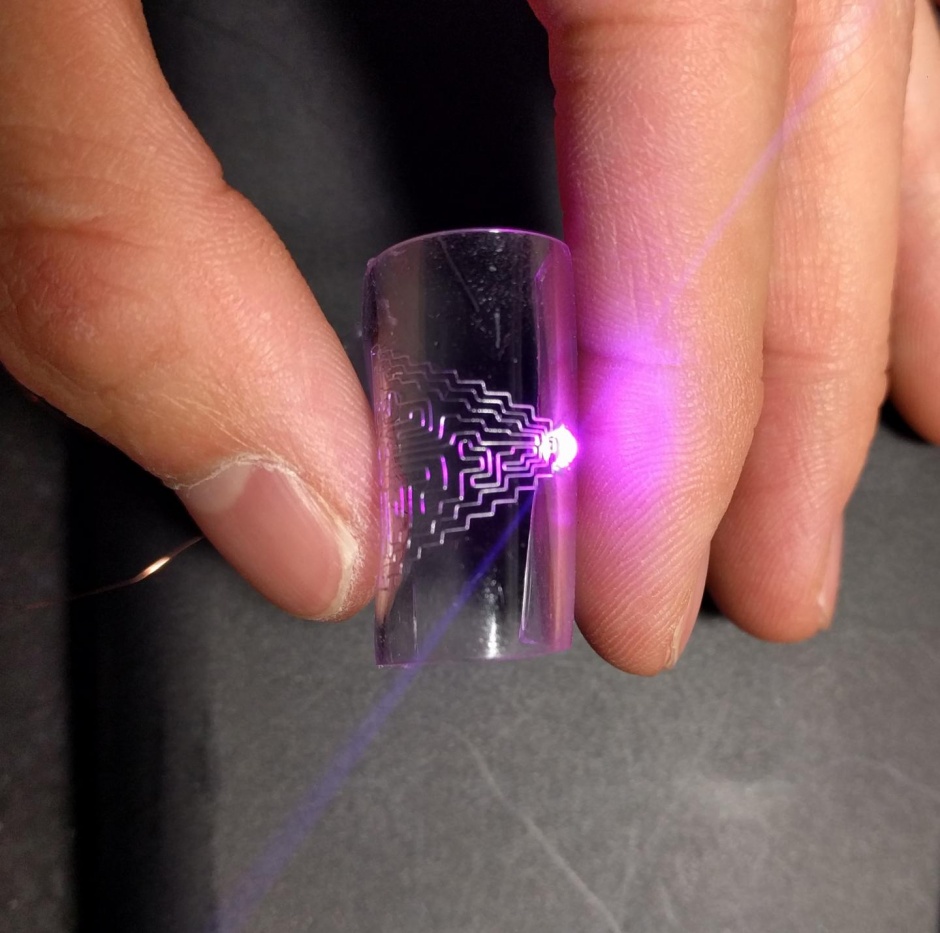 The researchers of North Carolina State University in the US, lead by Jingyan Dong, have developed a new technique for directly printing flexible, stretchable metal circuits. The innovative technique can be used with multiple metals and alloys. It is also compatible with existing manufacturing systems which can integrate this new printing technology effortlessly.

The technique uses the well known electrohydrodynamic printing technology. This popular technology is already used in many manufacturing processes that use functional inks. But instead of using conventional functional ink, Jingyan Dong’s team uses molten alloys having melting point as low as 60 degrees Celsius. This new technique was demonstrated using three different alloys, printing on different substrates such as glass, paper, and two types of stretchable polymers. Jingyan Dong added,

Our approach should reduce cost and offer an efficient means of producing circuits with high resolution, making them viable for integrating into commercial devices.

The researchers tested the flexibility of the circuits on a polymer substrate and found that the circuit’s conductivity was uninterrupted even after being flexed 1,000 times. The circuits were still electrically firm even when stretched to 70 percent of tensile strain. The above figures are surprising enough, especially when printing flexible wearables is the main target.

Even more interesting, the circuits can heal themselves if they are broken by being bent or stretched beyond their limitations. On the other hand, because of the low melting point, one can simply heat the affected area up to around 70 degrees Celsius and make the metal flow back together, repairing the related damage with ease.

The researchers demonstrated the functionality of the printing technique by creating a high-density touch sensor, packing a 400-pixel assemblage into one square centimeter. The researchers have demonstrated the flexibility and functionality of their approach. Now, they are planning to work with the industry sector to implement the technique in manufacturing wearable sensors or other electronic devices.

The days of truly flexible, self-healing wearable smart gadgets are not so far because of the hard work of these researchers.