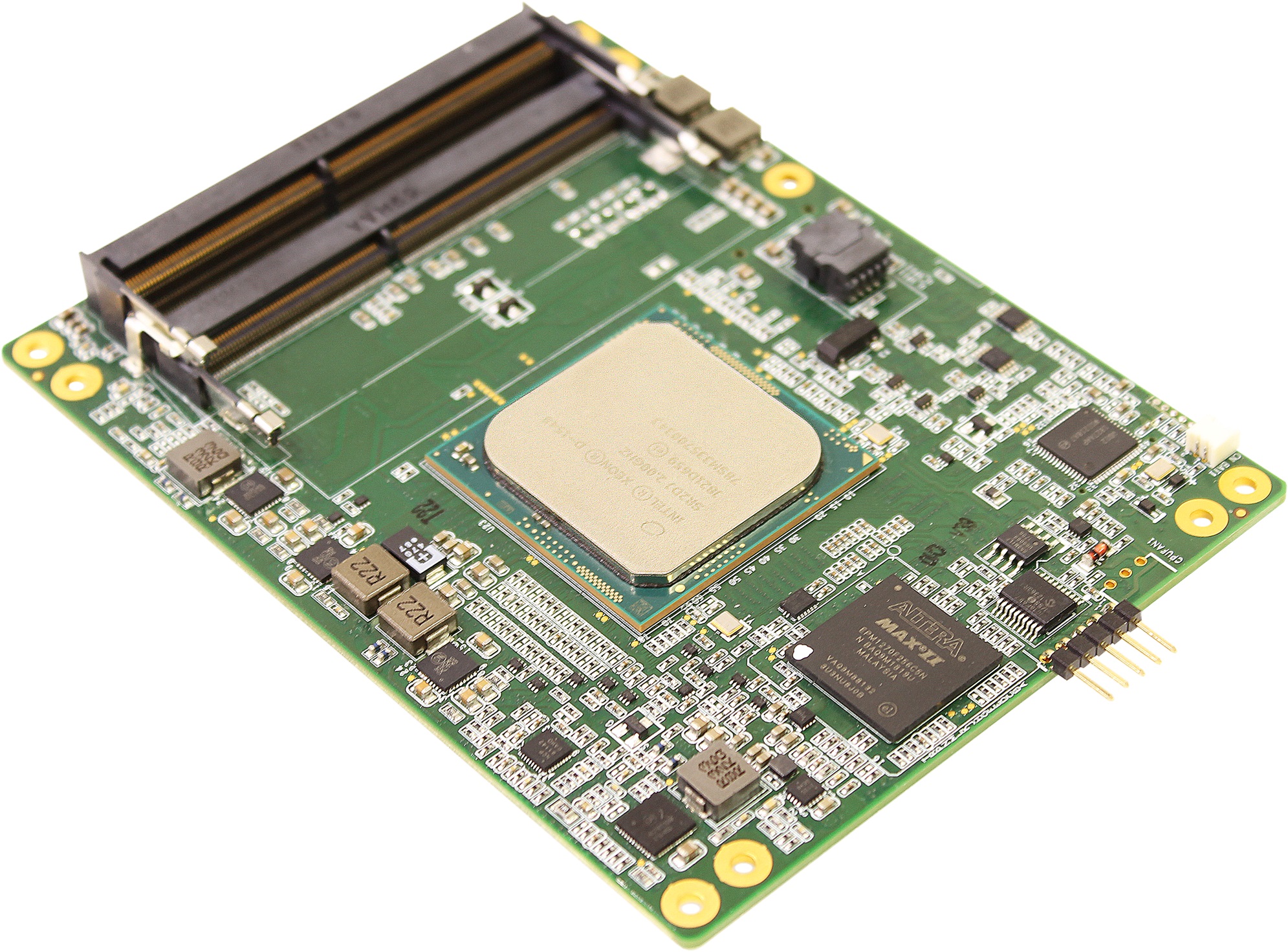 Acrosser ACM-XD15MT COM Express Type 7 module is based on the Intel® Xeon® processor D family, and available in 8 core versions for scalable computing performance. The ACM-XD15MT is perfect for space-constrained systems requiring increased density and reduced power consumption such as virtualization, edge computing or other industrial applications.

The new COM Express® Type 7 standard deviates from the established Type 6 pinout, which focuses on audio and visual capabilities, by eliminating graphics support to allow the inclusion of 10 Gigabit Ethernet, an NC-SI interface, and additional eight (total of 32) PCI Express lanes.

Examples of target applications for the new product, ACM-XD15MT, are industrial automation, storage and networking appliances such as cloud servers for IoT and Industry 4.0 applications.

No pricing or availability information was provided for the ACM-XD15MT. More information may be found in Acrosser’s announcement and product page.