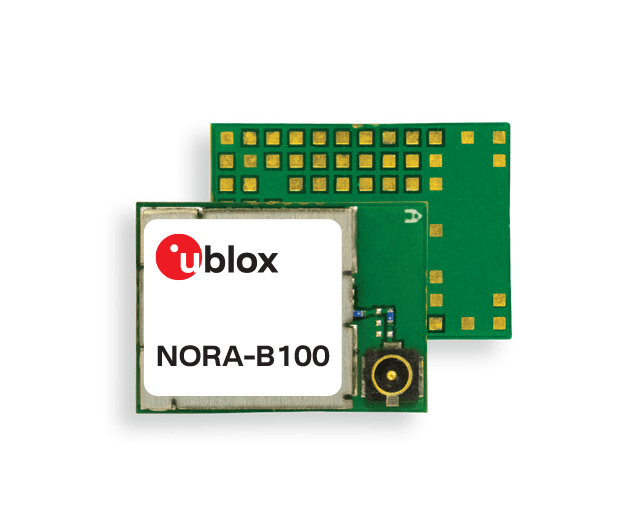 The NORA-B10 series are small, stand-alone Bluetooth 5.2 low energy, wireless microcontroller unit (MCU) modules from the Swiss wireless chip manufacturer u-blox. These modules are built around the Nordic nRF5340 chip that is powered by two Arm® Cortex®-M33 processor cores. The first core is intended for high-performance applications, clocked at either 128 or 64 Mhz. The second core is clocked at 64 Mhz and optimized for the wireless protocol stack and less demanding applications. The maximum range of these modules is estimated at around 700 meters.

As the manufacturer claims, applications on the first core can run without being interrupted by network activity on the second core. This makes it very advantageous for time-critical applications where a quick response is prioritized. Also, the modules support trusted execution with Arm TrustZone and root-of-trust with Arm CryptoCell-312. NORA-B10 has the support for the new Bluetooth 5.2, which has highlighted features such as Angle-of-Arrival and Angle-of-Departure, Bluetooth long-range, and low energy audio.

The intended wireless application of the module is backed up by its wide range of support for Bluetooth low energy services such as serial port communication, GATT, beacons, and mesh. Also, they have support for NFC and IEEE 802.15.4 with Thread and Zigbee. A wide range of wired interfaces is also there such as UART, QSPI, SPI, I2C, I2S, USB, QDEC, PDM, PWM, and ADC.

There are three Nora-B1 products, differing in their antenna set-up mainly:

Samples for these modules are scheduled to be available in Q4 2020. More information can be found here.