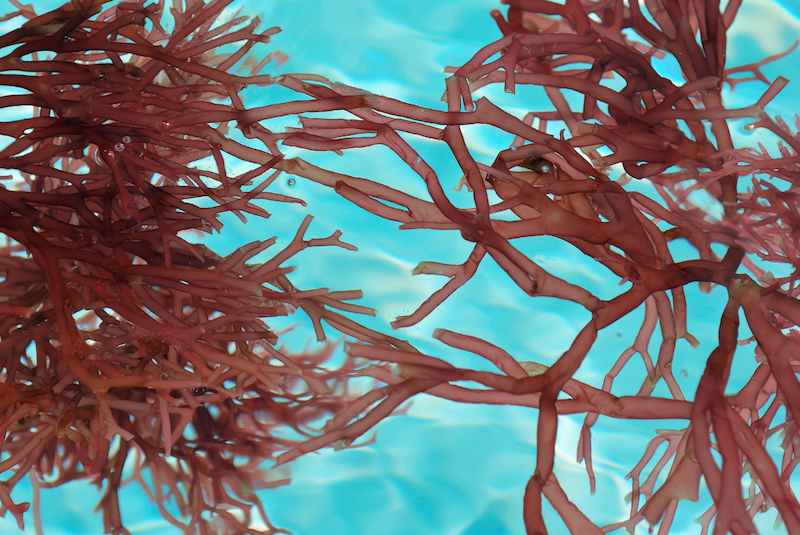 Lithium-sulfur batteries are suitable for both vehicle and grid applications as they are ultra-cheap, high-energy devices. Sulfur is a very low-cost material and the energy capacity is much higher than that of lithium-ion. So, lithium-sulfur is one chemistry that can possibly meet the demand for energy storage at a cheap price. However, the serious problem is, lithium-sulfur batteries suffer from significant capacity fading that makes them almost practically unusable. But, Lawrence Berkeley National Laboratory researchers’ recent surprising discovery could fix this problem.

The research team at Berkley Laboratory surprisingly found that carrageenan, a substance extracted from red seaweeds, acts as a good stabilizer in lithium-sulfur batteries. Better stability in a battery means more charge-discharge cycle and an extended lifetime. Gao Liu, the leader of the research team, said,

It (Carrageenan) actually worked just as well as the synthetic polymer—it worked as a glue and it immobilized the polysulfide, making a really stable electrode.

Lithium-sulfur batteries are already been used commercially in limited applications but the “critical killer” in the chemistry is that the sulfur starts to dissolve and creates polysulfide shuttling effect. Polysulfide shuttling is the primary cause of failure in lithium-sulfur (Li-S) battery cycling. To solve the problem, the research team was experimenting with a synthetic binder that holds all the active materials in a battery cell together.

A binder is like a glue and battery makers want this glue to be inert. The synthetic polymer Liu experimented with, worked remarkably well. The reason is, by chemically reacting with the sulfur, the binder formed a covalent bonding structure and was able to stop it from dissolving. This finding motivated the researchers to find a natural material that would do the same thing. Finally, they discovered that carrageenan has similar chemical properties as the synthetic polymer they used in their initial experiments.

Understanding that will allow us to be able to develop better ways to further improve the life of lithium-sulfur batteries.

As lithium-sulfur batteries are much more lightweight, cheaper, and have higher energy density compared to lithium-ion batteries, they are ideal for airplanes and drones. Hence, Berkeley Lab researchers’ surprising discovery may be a game changer in the world of batteries.