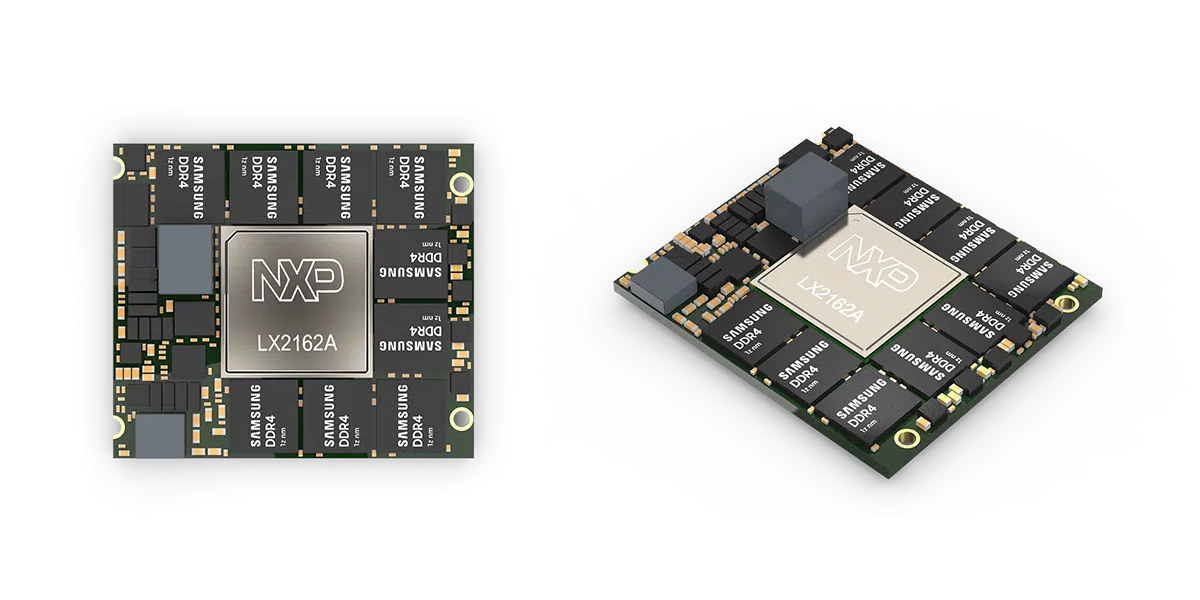 SolidRun has launched a compact 58 x 48mm LX2162A SOM that offers up to 32GB DDR4 RAM and runs Linux on NXP’s new 16nm fabricated, 23 x 23mm Layerscape LX2162A networking SoC. The new LX2162A system-on-module is said to be a quarter the size of the company’s earlier COM Express Type 7 computer-on-module which is based on NXP LX2160A 16-core Arm Cortex A72 communication processor.

The LX2162A module is equipped with up to 32GB DDR4 (72-bit, 2900 MT/s), but it seems like the company will support special orders with up to 64GB via dual slots. This however is still uncertain as NXP says the SoC tops out at 32GB.

The module is further equipped with 8MB SPI flash, 8GB eMMC, and various Ethernet combinations including 100GbE, 4x 25GbE, 4x 10GbE with built-in PHY, and 8x 1GbE. It is a headless module but you can be sure to get more networking and security features with it than with some of its counterparts.

Here’s a list of some of the key features and specifications of the LX2162A SOM:

Application scenarios for the LX2162A module include: 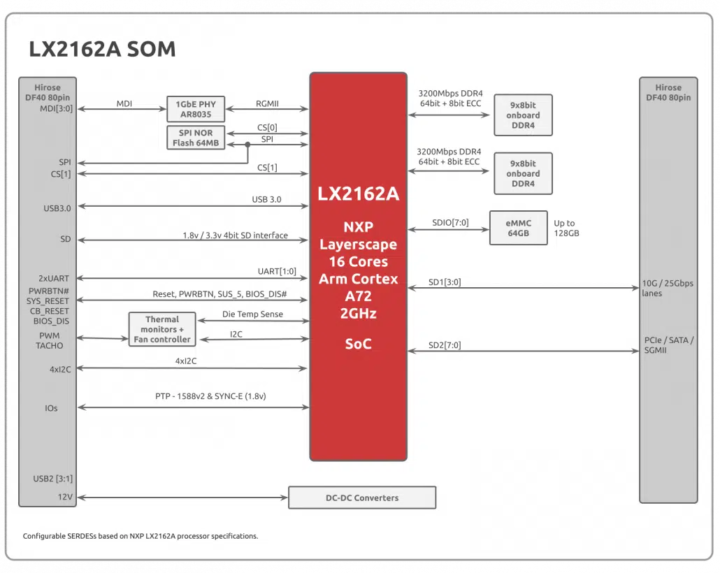 We learned that there’s an option for an 8-core LX2082A and 12-core LX2122 processor alongside the 16-core LX2162A processor. There is also information that the company is working on a ClearFog LX2162A half-size mini-ITX carrier board for the module. The carrier board will feature 2x 25GbE SFP28 ports, 2x 10GbE SFP+ ports, 8x Gigabit Ethernet ports, 1x USB 3.0 port, and 1x VGA output.

SolidRun LX2162A supports Linux and can run Debian and Ubuntu operating systems as well. Details on pricing and availability are not available yet, but other useful information can be found on the product page.