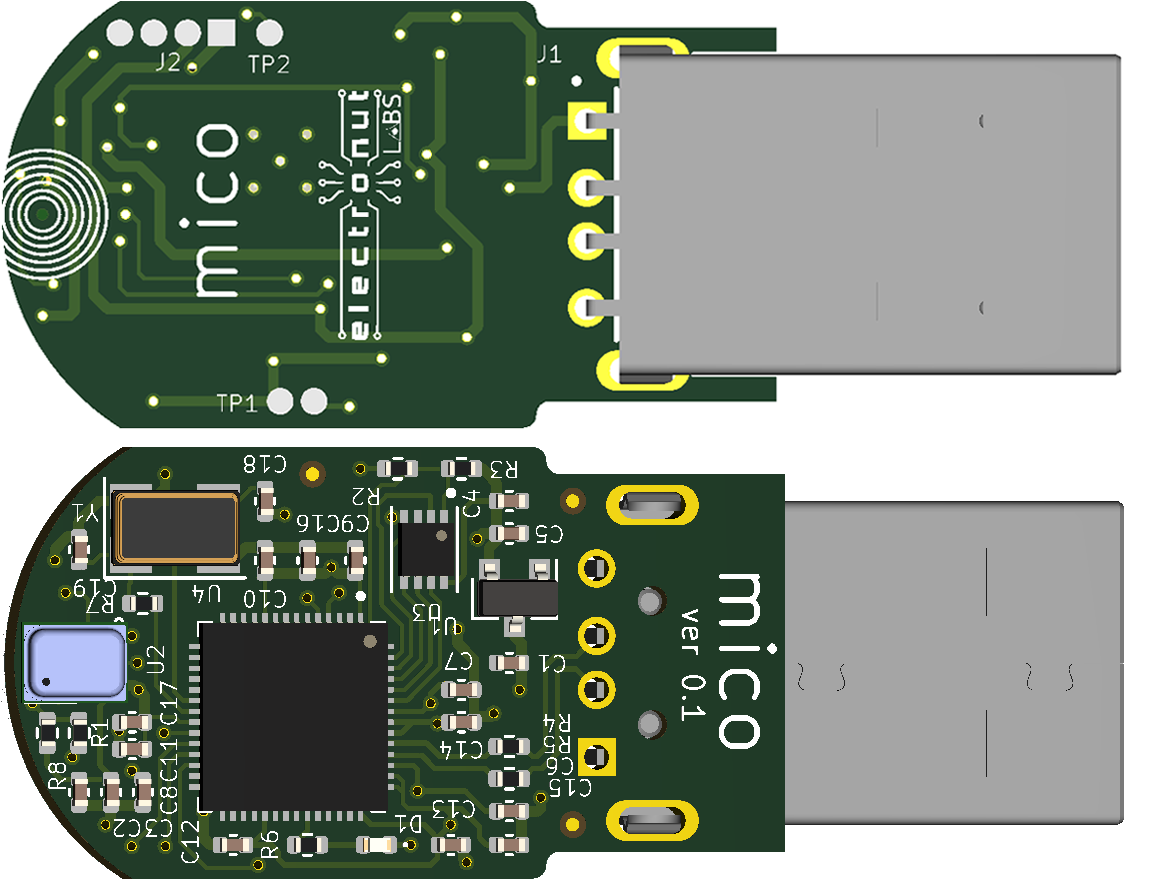 Maker Mahesh Venkitachalam has designed a high-quality microphone he calls Mico using the main component of the Raspberry Pi Pico – the RP2040 controller chip. He writes:

Recently, I’ve been working with the Raspberry Pi Pico. I’ve been dazzled with the RP2040 – especially with the PIO and the documentation and software support provided by the company. The Pico uses TinyUSB which has audio support, which got me thinking – surely someone must have thought of making a USB mic with this? And sure enough, Sandeep Mistry has done just that, with his Microphone Library for Pico open source project. So I already had firmware for my project. Now I just needed to make the hardware. Thus the idea of Mico was born.

I wanted a compact design for the mic, but I knew it was difficult to make it as small as the noisy mic shown above, due to the size of the RP2040 chip and mechanical design considerations. So I opted for a simple design with a reliable USB Type-A plug. I initially toyed with the idea of making the USB connector as part of the PCB, but that meant a thicker PCB and higher costs, so I dropped the idea. I also added an LED to the board for ease of testing.