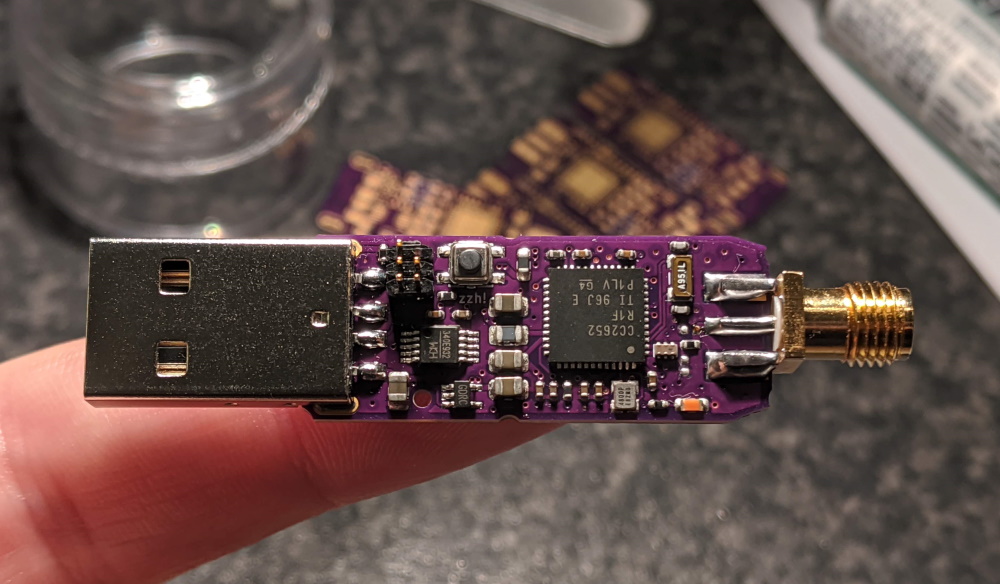 Electrolama has been developing two open-source hardware 802.15.4/Zigbee projects namely “zig-a-zig-ah” (aka “zzh”) USB stick, based on Texas Instruments CC2652R SimpleLink multi-standard wireless MCU, and Zoe (Zigbee + Poe) development board based on Raspberry Pi HAT form factor and powered by TI CC2530 SimpleLink 2.4 GHz SoC alongside CC2592 range extender. The two boards are to be released under an Apache-based Solderpad Hardware License 2.0, and they are aimed at users of the Zigbee2MQTT project. The boards could soon also enable native support in Home Assistant through the “zigpy-cc” library which adds support in ZHA (Zigbee Home Automation) integration component.

Omer Kilic explains that the board can be viewed as an upgrade to CC2531 USB sticks with the 8051 MCU being replaced by a much faster Arm Cortex-M4F MCU @ 48 MHz in CC2652, with more memory, as well as an open-source toolchain. You can find more details about the Zig-a-zig-ah USB Stick on the product page and Github repository The EAGLE schematics and PCB layout are also available.

The second board the Zoe Zigbee + PoE Raspberry Pi “HAT”, has a similar form factor like a Raspberry Pi HAT, and it is compliant to the standard, but with the exception of no ID EEPROM. The Zoe features WiSoC – Texas Instruments CC2530, as well as CC2592 Range Extender (PA+LNA). Misc function enables RTC + battery slot. For debugging function, the Zoe features TagConnect to CC-Debugger footprint. The power Supply enables a Passive 48V or IEEE 802.3af Power-over-Ethernet (PoE). The Zoe has the same form factors as the Raspberry Pi HAT.

The board is designed to enable connection to a Raspberry Pi board, optionally powered over PoE, and meant to be used as a Zigbee coordinator. The developer stated that no external programmer is needed for flashing the Zigbee module as a result of flash_cc2531, which is an implementation of the Chipcon programming protocol. You can find information on the product page, and hardware design files on Github.

It is worthy to note that you can not use the Raspberry Pi’s WiFi and/or Bluetooth at the same time. You have to disable it to prevent radio interference since everything operates at 2.4 GHz. For now, none of the boards are available, but they’ll be available on Tindie when ready.