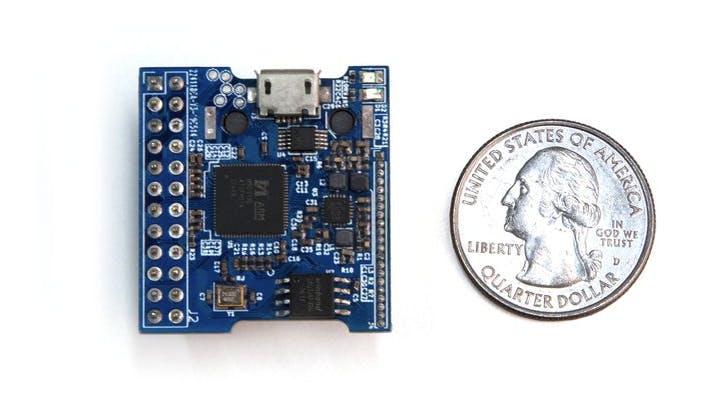 Measuring about 32 x 30 mm in footprint, Palmer’s fully-functional development board is a very small Linux-based single-board computer built around an ARM Cortex A7 SoC and targets IP cameras.

“There are no solutions yet that can run a real OS like Linux that can be integrated by hobbyists into boards from cheap PCB vendors that don’t have show-stopping limitations. The BreadBee is based on a relatively unknown IP camera SoC, the MSC313E, from a company called MStar. You might have never heard of MStar but you probably have one of their chips on your TV. The MSC313E has just enough of the usual microcontroller peripherals to make it useful, comes in a (relatively) easy to work with QFN package, is tiny, and costs $4. It is a bit harder to integrate into your designs than a microcontroller that requires a single power supply but all of the information you would need to do so is right here“,

explains Palmer as he prepares to launch a crowdfunding campaign for his new design. 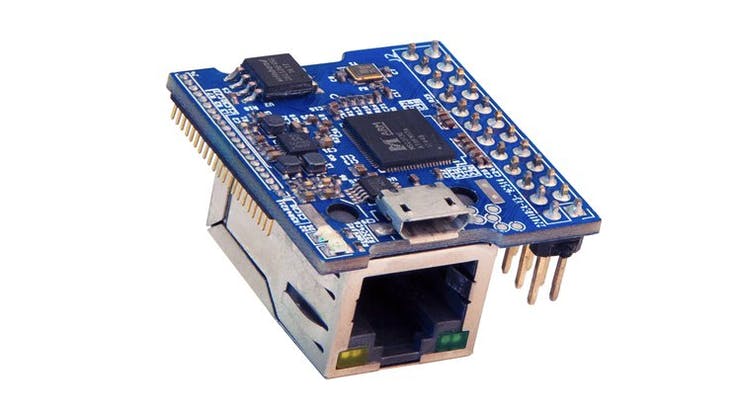 The single-board computer, he said, is one that can be integrated into any project while reserving considerable space. Despite its very small form factor, BreadBee boasts of certain impressive specifications which include:

The chip has also quite a number of features like the camera interface and h264 encoder for IP camera duties, hardware cryptographic acceleration, command-queue direct memory access controller, audio ADC / DAC, IR decoder and  8051 low power mode management MCU that are yet to come to their prime.

There is no price attached to the BreadBee yet, but Palmer hopes that production costs per unit would be around $10. More details on the board can be found on it’s GitHub repository or on Crowd Supply where Palmer plans to launch a live crowdfunding campaign.