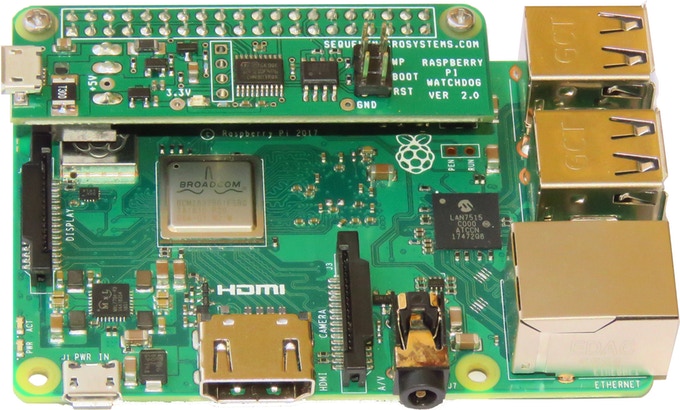 A Hardware Watchdog HAT and Power Manager for Your Raspberry Pi

For anyone who loves the Raspberry Pi (I’d imagine everyone does), one of the greatest pain points during the use of it is related in one way or the other to Powering the Pi. From being able to find the right power supply for it, to be able to perform simple actions like resetting the Pi when things get “frozen”, without totally disconnecting it from power. The later can be quite annoying as the use of certain software fixes sometimes doesn’t work. To solve this problem, Sequent Microsystems recently announced the launch of a Hardware Watchdog HAT which is designed to protect the Raspberry Pi from software freezes and also doubling as a power manager for the Raspberry Pi.

The Hardware Watchdog HAT and Power Manager which comes pin-compatible with all Raspberry Pis with the (now, almost standard) 40-pin connector, features a pair of power connectors including a micro USB port located at the top of the board, and a 2.1mm barrel jack at the bottom. According to Sequent, these ports are to be used to provide power to the raspberry pi and connected peripherals. This means that for the hat to be effective, power must be supplied through the ports on it rather than through the raspberry pi’s USB input. The reason for this is that:

“Since the watchdog can interrupt the power supply to the Raspberry Pi, the supply source needs to be connected to the watchdog”.

The watchdog becomes operational immediately after the Raspberry Pi’s power-up and unless it receives a reset, after 120 seconds, it will cycle the Raspberry Pi power. The watchdog reset is achieved by either sending a command from a memory-resident script or via a Cron job through the I2C port of the Pi or by toggling a GPIO pin. Detailed usage procedure and examples are provided in the User’s Guide. 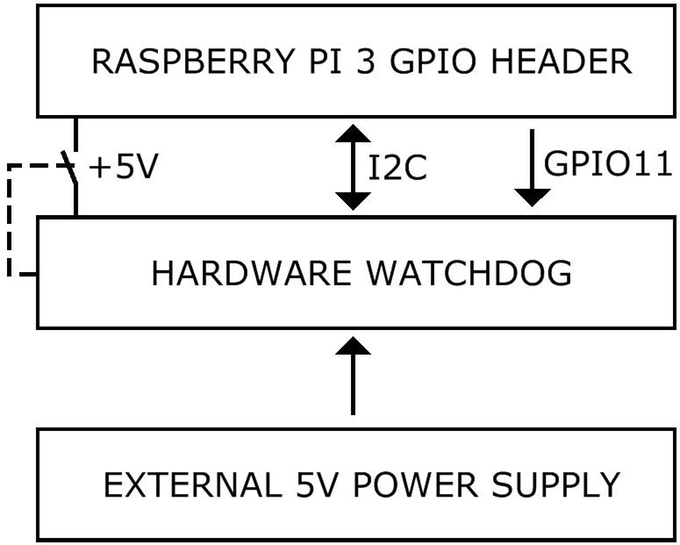 As mentioned earlier, asides from ensuring the software freezes are not experienced by the Pi, the watchdog also works as a power manager. With this feature, users can program the Raspberry Pi to shut itself down at a scheduled time and program the watchdog to power the Pi up at a later time. This is particularly useful in a portable installation where the Raspberry Pi is powered by batteries, as the watchdog will let you check the power supply voltage, and you can decide to shut down when the level drops below a set value.

The watchdog is probably the smallest HAT  (Hardware Attached on Top) in the world, measuring only 65mm x 20mm. It requires less than 5mA to operate and if your application has multiple stack-able boards which need more than the 1.5A that can be supplied by the micro-USB connector or a secondary 2.1mm barrel connector which can supply another 2A.

No Price has yet been placed on the watchdog, but Sequent is currently running a Kickstarter campaign to facilitate the production of the board. More info about the Watchdog can be found on the Campaign page and on Github.