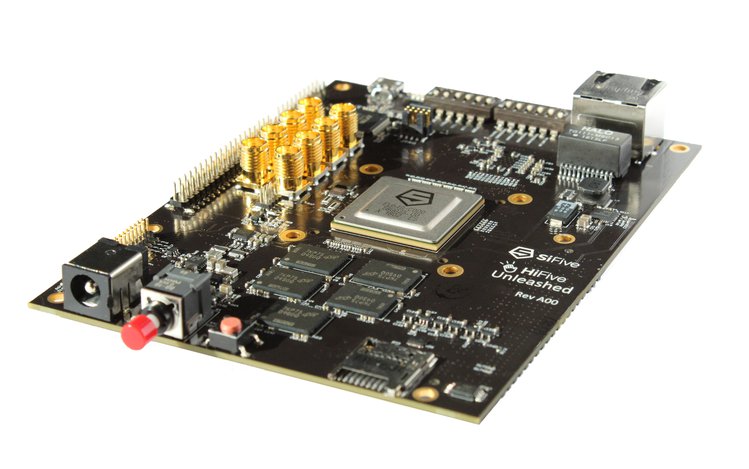 RISC-V is an open specification of an Instruction Set Architecture (ISA). That is, it describes the way in which software talks to an underlying processor – just like the x86 ISA for Intel/AMD processors and the ARM ISA for ARM processors. Unlike those, however, the RISC-V ISA is open so that anyone can build a processor that supports it. Just as Linux revolutionize the software world, RISC-V could create a substantial impact on the hardware world. This open-source chip project is might just go out to break the dominance of proprietary chips offered by Intel, AMD, and ARM.

Hi-Five Unleashed was designed around the RISC-V based, quad-core, 1.5GHz U540 SoC (Freedom U540). The Freedom U540 is the first multi-core SoC featuring the open source RISC-V ISA with 4x 1.5GHz “U54” cores and a management core, fabricated with TSMC’s 28nm HPC process, and also the first to offer cache coherence. The U54-MC Core’s high-performance and flexible memory system make it ideal for applications such as AI, machine learning, networking, gateways, and smart IoT devices. It has no GPUs or other coprocessors, but the open source hardware design is intended to encourage third parties to collaborate to develop one.

The Hi-Five Unleashed is a minimalist board that uses one Freedom U540 paired with 8GB DDR4 ECC RAM, as well as 32MB Quad SPI Flash, a microSD card slot for external storage, a Gigabit Ethernet port, and an FMC connector for future expansion cards. The development board is still barebone for now and mostly intended for developers and not the general public; it lacks hobbyist helpful resources like a video output and USB support, none of those are available on the board. 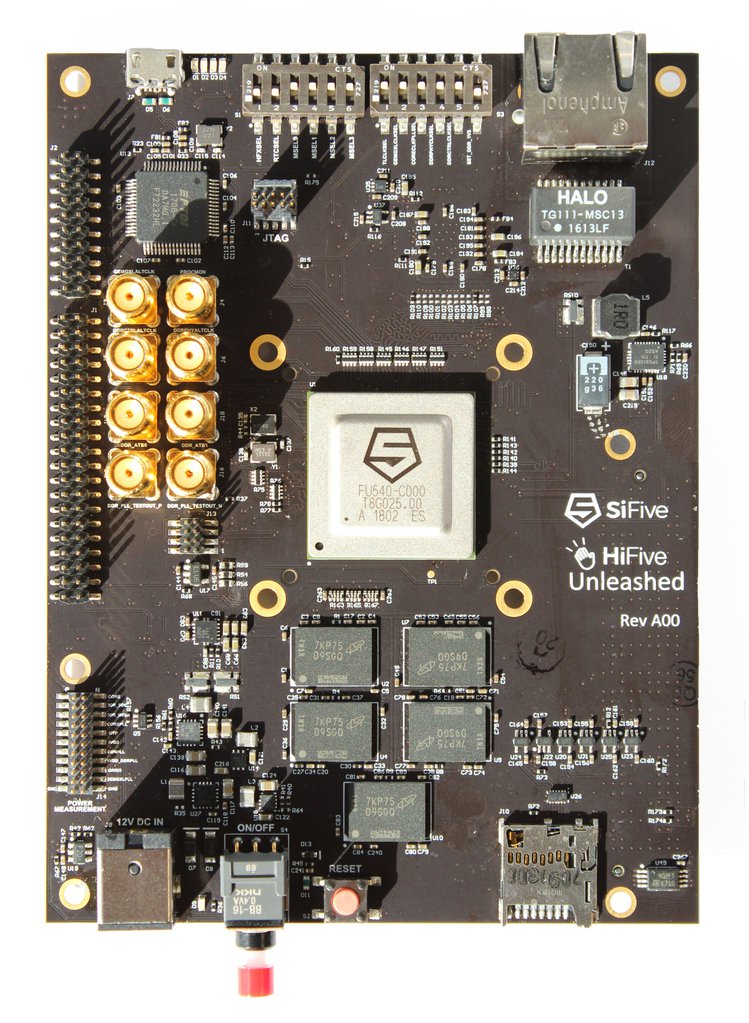 The following are some of the HiFive Unleashed specifications:

The board is currently available for order at Crowd Supply for $999 and is expected to ship on June 30th. An earlier access board goes for $1250, which will ship on March 31st. RISC-V has grown from an academic project which first started in 2006 at UC Berkely, and now to a welcome, acceptable alternative to existing ISA and a potential game-changer in the long run.

In the future, we are not only going to build powerful open source based system but also understand their internal working and avoid something like the Spectre and Meltdown bugs that affected the likes of Intel processor.