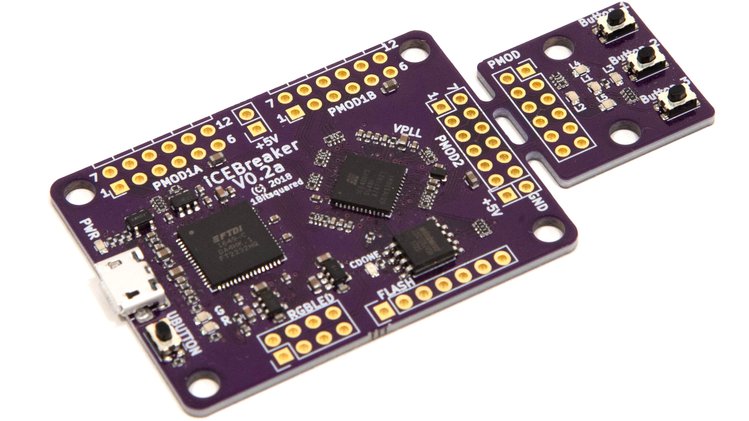 Are you ready to venture into the brave new world of digital logic design? The iCEBreaker FPGA board is specifically designed for you. It’s designed to work out of the box with the newest open source FPGA development tools and next generation open CPU architectures.

The iCEBreaker FPGA board is designed to accept the widely popular PMOD connectors. This gives you access to a massive library of modules that can be used no matter your project. You can find a large collection of PMOD modules in the Digilent online store. For several use cases, we have also developed our own PMOD modules and we keep adding more as they are developed.

The iCEBreaker is a great teaching and learning platform. We already have a list of educators developing their workshops and classes using the iCEBreaker as their target platform.

The iCEBreaker FPGA prototypes are already supported by the following FPGA design tools:

For more detailed and technical discussion of the hardware features, please visit our github icebreaker repository. If you have questions regarding this project, or want to follow project progress in real time, please join our icebreaker gitter channel.