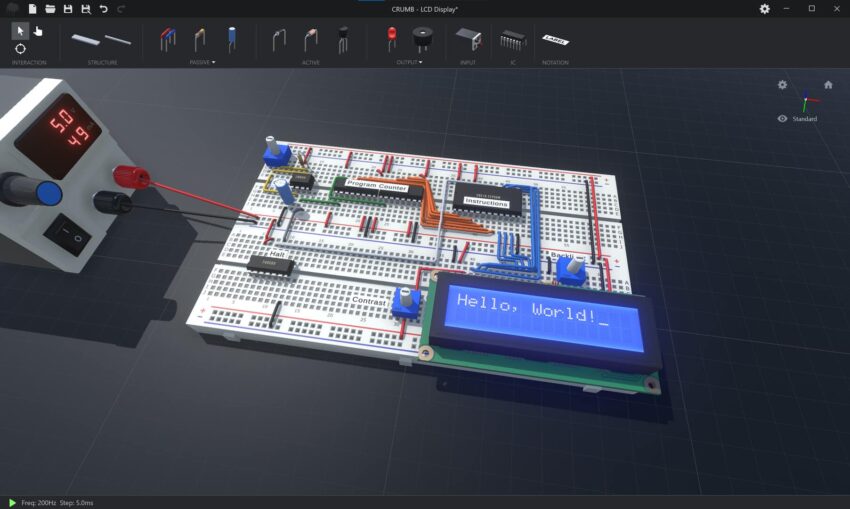 Obviously, after Mike Bushell from Vital Group first introduced the CRUMB circuit simulator several months ago, the hardware design engineer did not rest on his oars as what we saw recently showed that he has been working on the progressive development of the circuit simulator. From expanding the number of components available for simulation, Bushell has now launched a desktop version that comes with a wider range of tools alongside deeper analysis and other extras. The first version of the simulator initially targeted mobile devices but this new version aims to give you a simulated 3D breadboard-building experience on both mobiles and desktops. It brings with it endless combinations and possibilities.

“Our modern world is dominated by electronics. With a diverse range of careers in electronics available for young and adult minds alike, CRUMB offers an easy to use and interactive introduction to electronic circuitry,” Bushell claims. “Fully realized in 3D, you can construct prototype circuits as you would at the workbench without the risk of terminal component failure or the hassle of ordering individual components.”

The CRUMB circuit simulator affords users to go from learning to mastering their understanding of circuitry. They start from the basics and expand using the many available components till they come to mastery. The three-dimensional circuit-building simulator is designed for education and hobbyists alike, to help them build surprisingly involved breadboard projects without needing any additional hardware. 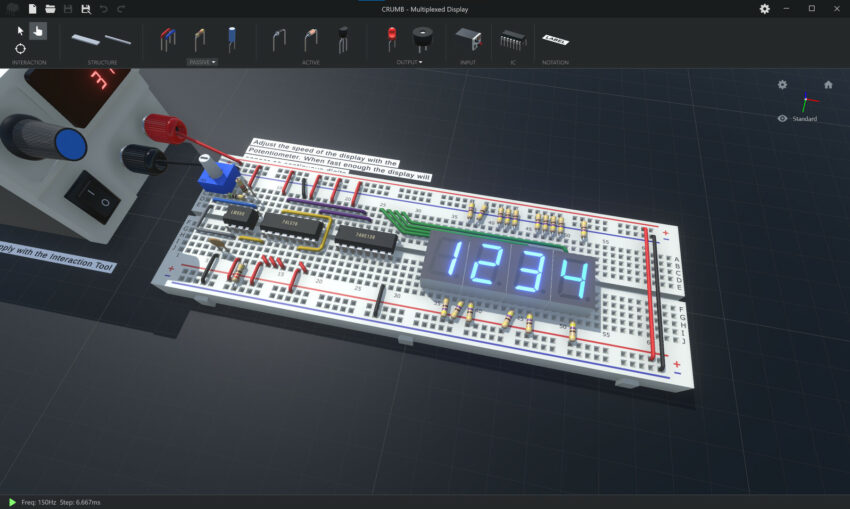 It brings an impressive selection of starter components that allows users to jump straight in, to create prototype circuits. It also features multiple components as well as debugging tools including an analysis view and an oscilloscope with which you can clearly see the interaction between components from within the wires themselves.

“The core simulation is SPICE based, as is everything really these days,” Bushell continues. “Unity is used for the 3D display. The UI is built as a .NET app with Unity embedded as a window. The Arduino side uses a virtual machine and the C language code editor is AvalonEdit, embedded.”

The product page shows that there are still some planned features and upgrades for CRUMB, hopefully, those should also unfold in the coming weeks or months. Imagination is the only limit we have to what we should expect from Bushell.

CRUMB is currently available on iOS, Android, and Windows. macOS and Linux ports are expected to follow shortly. You can visit the company’s website for the links to all the versions of CRUMB.