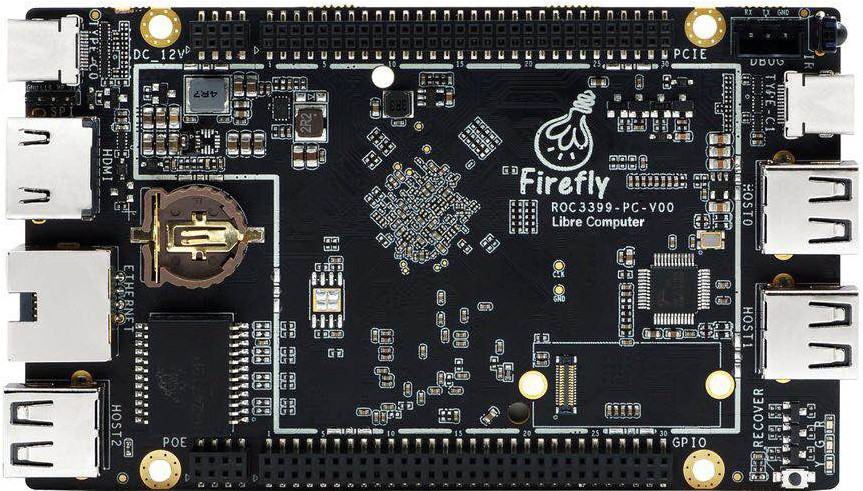 ROC-RK3399 Renegade Elite is built around the high-end Rockchip RK3399 SoC. The SoC features 2x Cortex-A72 cores, which are typically clocked up to 2.0GHz, as well as 4x -A53 cores and a Mali-T860 GPU. This SBC is larger than the Raspberry Pi but is smaller than the more feature-rich Firefly-RK3399. The Renegade Elite is equipped with dual USB 3.0 Type-C ports that support DisplayPort as well as USB functions, and one of them is designed as a power input for the 12V SBC. Three USB 2.0 ports are also available along with an HDMI 2.0 port, an eDP interface, and a mix of MIPI-DSI and CSI interfaces.

Unfortunately, the Renegade Elite lacks discrete audio interfaces unlike many other SBCS, so it’s impossible to utilize the SoC’s exceptional audio features. Though it’s safe to assume that the HDMI 2.0 supports audio. The 60-pin high-speed PCIe and 60-pin low-speed connectors may include audio among many other interfaces.

The Renegade Elite will launch on Indiegogo in July and will be available in August. More information may be found on Libre Computer’s preliminary Renegade Elite product page.