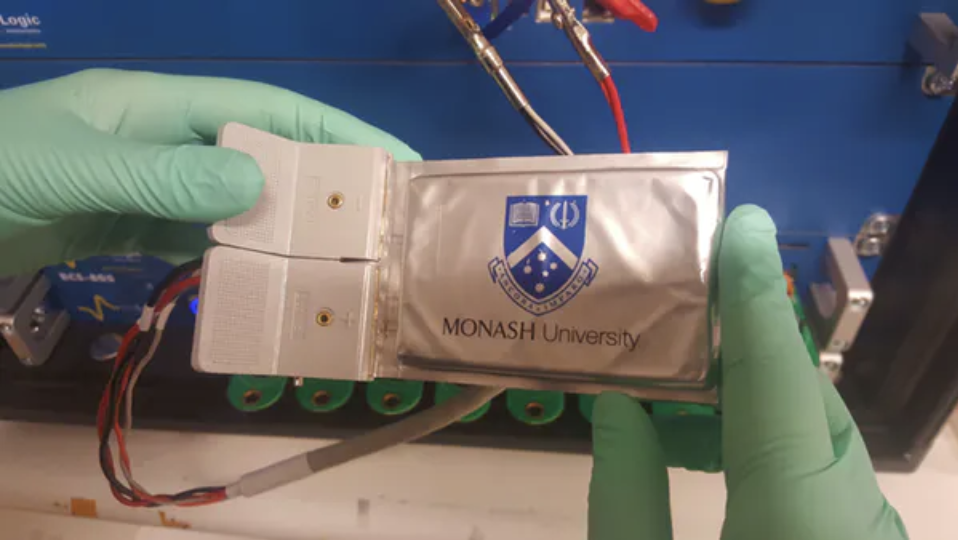 What would you give for a battery, 5x the storage capacity of whatever you’re reading from? Well, the countdown to commercial availability for batteries of this type of capacity has already begun and it would be considerably cheaper than then currently available batteries.

Actually, it’s pretty well known that lithium-sulfur batteries can store far more energy than their lithium-ion counterparts, six-times in theory. However, the battery’s performance degrades quite rapidly due to its high storage capacity (That’s six times the stress—pretty understandable), as the sulfur cathode is nearly double its usual size when the battery is fully charged which destroys electron paths in the binder across the electrodes. As a result of this, repeated charging and discharging lead to rapid deterioration of the batteries’ performance.

Solving this problem was the goal of a research team at Monash University led by Mahdokt Shaibani, and their efforts have led to the development of a new technique for processing lithium-sulfur batteries that allows them to undergo hundreds of charge-discharge cycles without breaking down. Attaining a level of stability that is already being considered as a huge breakthrough in battery technology.

The team’s technique involved tweaking the process of making lithium-ion batteries just a little differently so that the binder across the electrodes can accommodate the expansion of the sulfur electrodes. In an article published to explain their work, Mahdokt Shaibani said:

“To make sure our batteries would be easy and cheap to manufacture, we used the same material as a binder but processed it a little differently. The result is a web-like network of binder that holds particles together but also leaves plenty of space for the material to expand. These expansion-tolerant electrodes can efficiently accommodate cycling stresses, allowing the sulfur particles to live up to their full energy storage capacity.”

The approach adopted by the team not only favors high-performance long cycle life but also simplifies manufacturing and reduces associated cost, along with a significant reduction in hazardous waste thanks to the water-based nature of the process.

The research team includes Professor Mainak Majumder (Monash University), and Associate Professor Matthew Hill (CSIRO and Monash University) who is renowned for translating laboratory success to industrial application in record time, which is somewhat our hope for this breakthrough.

The study was published on Science Advances on Saturday, 4 January 2020. More information on the research can be obtained from the publication.