The LoRa® FMLR RF modules enable wireless connectivity to almost all devices, systems and sensors communicating at low data rate over a distance of more than 50km. It is equipped with the latest software “LoRa Basics™ MAC”. Power consumption of the underlying nodes can be optimized to run from a small-sized battery, while the integrated radio allows the system to operate in a duty-cycled manner. It also offers 512kB of flash memory, 160kB of static RAM, 9kB of instruction cache, and extremely low power operation, which goes as low as 49µA/MHz when executing from flash and 2.56µW in data-retaining sleep mode. The module features wireless connectivity, which is enabled via a Semtech SX1261 or SX1262 wireless transceiver, offering full support for the increasingly popular LoRaWAN low-power long-range wide area network protocol with up to 20dBm transmission and -137dBm receive sensitivity. 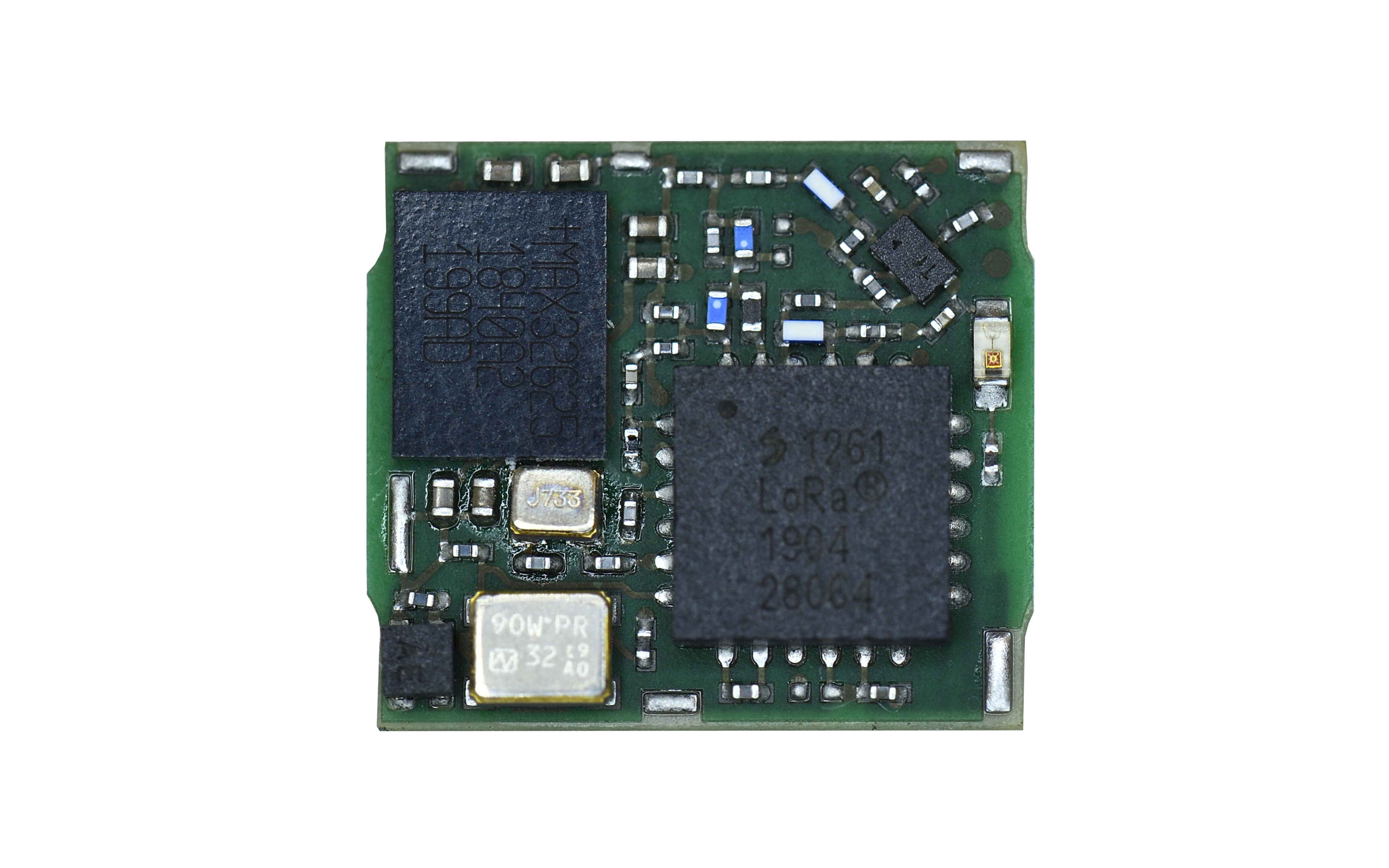 In order to enable backward-compatible upgrade paths for grown products and systems, the FMLR family supports additional modulation schemes over LoRa. These modulation schemes include (G)FSK, (G)MSK, ASK, and OOK. Highly configurable OTA packet formats enable the communication with standards like Wireless Mbus and IEEE802.15.4g. The modules also allow the emulation of proprietary systems such as Nordic NRF905 or NRF9E5 with enhanced coverage range. For fast prototyping and development, the proprietary firmware including the wireless stack can be updated via SWD, UART-Bootloader, or OTA. Measuring 8.6mm by 9.3mm (around 0.34″ by 0.37″) in size, Miromico claims the module as “to the best of our knowledge the smallest LoRaWAN module ever produced.” For it to be easy to use during the prototyping stages, a daughterboard is available, which adds a Hirose U.FL antenna connector, additional external flash storage, and extra sensors. The LoRaWAN software stack is available as an open source solution which runs on the integrated microcontroller.

Even though Miromico has unveiled the module and daughterboard at Embedded World, the module is not quite ready to be put up for sale: The company however says they will only be distributing the module and a compatible starter kit to “alpha clients,” with no information about commercial availability. More information may be found on the company’s official product page.