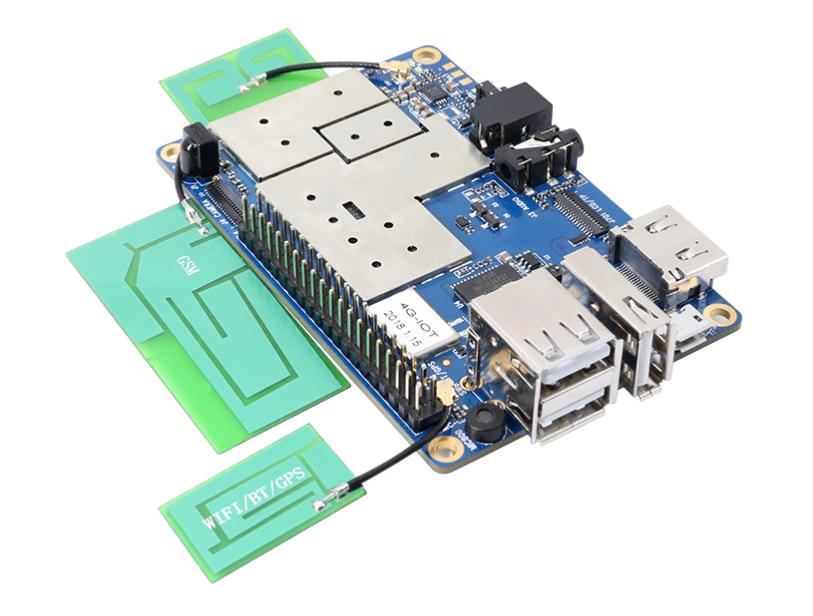 Orange Pi has been known for its several Raspberry Pi board clones and now has launched a better IoT focused board – Orange Pi 4G IoT. The Shenzhen based company, Xulong has gone through different modifications and even as at last year released a low-cost 2G based board – The Orange Pi 2G IoT board that cost just $9.90. However, recent trends have been gearing towards 4G technology, and some countries like Australia are already outfacing the old 2G networks.

Therefore, it did not come as a big shock when the company released a 4G board recently. But it is clear that Shenzhen Xulong outdid itself as the board has a lot interesting and advanced features such as its 4G LTE module, fingerprint sensor support, WiFi, GPS and many more. The Orange Pi 4G IoT board is the most advanced Orange Pi board till date. Like many other Orange Pi boards, the Orange Pi 4G – IoT has a Raspberry Pi like footprint which measurements are 85mm × 55mm and a 40 – pin expansion header. 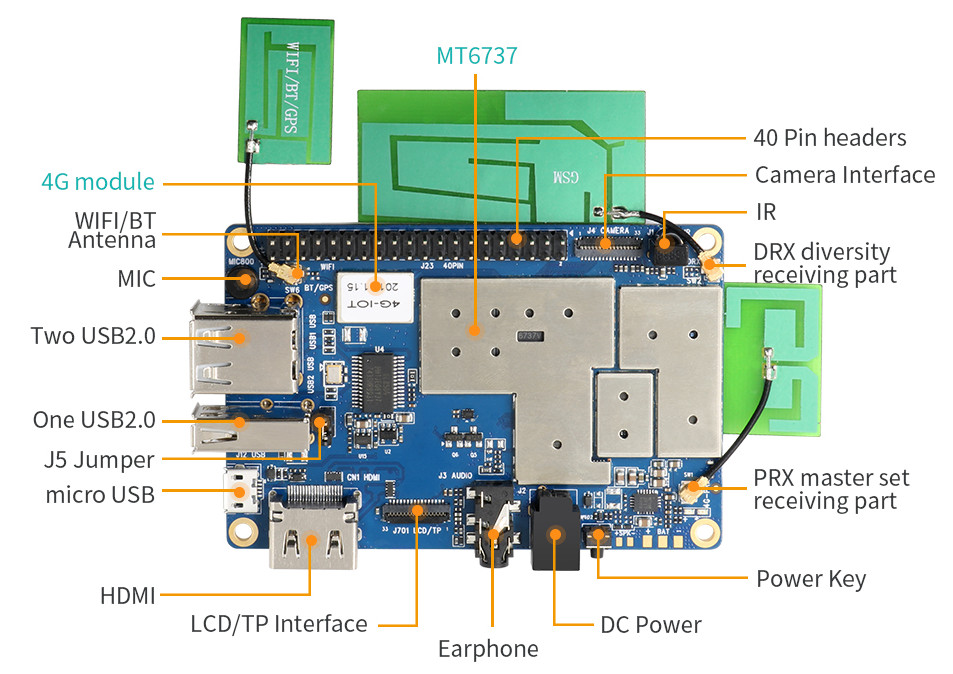 The Orange Pi 4G – IoT Single Board Computer (SBC) runs Andriod 6.0 has a 4G LTE radio module with a mini-SIM card slot, a fingerprint sensor support and a combo module that includes WiFi, FM, GPS, and Bluetooth. There’s also a mic and an earphone jack. The board has a PRX receiver which could be a potential source for the fingerprint reader or a proximity sensor module. The Orange Pi 4G-IOT also includes a three USB 2.0 OTG host ports, a micro-USB port, and an IR receiver.

The below are specifications of the Orange Pi 4G board:

Although the Orange Pi 4G IoT board is not listed on the Orange Pi website and has no official product page or wiki page, it is surprisingly available for purchase on Aliexpress and costs only $45.

Now this board listed on official website, but support only Android. Found short review https://it-explain.com/orangepi-4g-iot-review-single-board-computer-for-iot-with-lte/

Still no clarity on support for LCD and Camera – or how its done. Problem with Orange Pi boards is that there is an insane number of boards and models, but not a single one that is “properly supported” like the RAS PI- There are peripherals available and documentation on using them. But orange pi continues to be a teaser and like an annoying blackbox (despite being open source).

Yes, Bought my Orange Pi 4G-iot. Loaded the Android 8.1 OS. and that is it. Can’t find any help on how to get it to display on a HDMI monitor or find where I could buy a screen for it. If it were a little heavier I could at least us it as a paper weight or door stop.

The only thing that works on this board is Android and that’s about it. No documentation on how to use the GPIO under Android. If you install Linux neither the board display or a regular PC monitor work. Apparently, the HDMI output on this board is below 48hz which means most monitors will not work as a display. If you can’t see, you can’t code. If you can’t code, you end up with a useless board. The community for this SBC is non-existent.

Bottom line is, hardware specs look attractive on paper, but usability is zero/zilch. Unless you have a lifetime to waste figuring things out with trial and error. For me, I say: “NEXT!”

This board has never worked for me. Too much errors. Boot when it want. Even “android” is a crap on this. Too sad i’ve spent 100€ for this board and his screen. Waste of timide