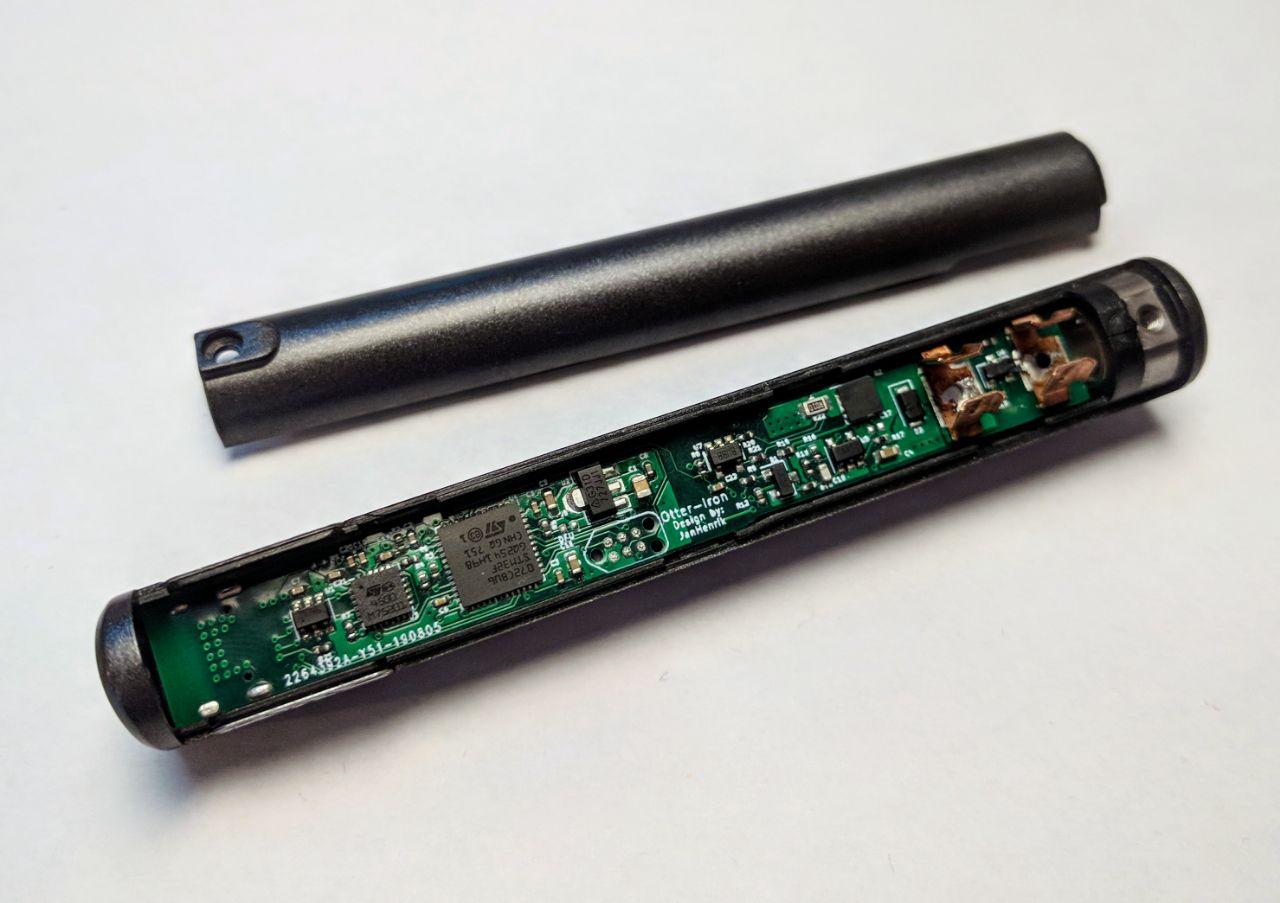 Okay, you’ve probably seen 20 different TS-100 hacks, for example, this, this and this but this improvement by Jan Henrik is on another level. For a soldering iron, the TS-100 seems to work quite well and its popularity, having only debuted 3 years ago, speaks volumes of this. It is relatively inexpensive, comes with temperature control, light-weight and portable, but a somewhat noticeable shortcoming is its inability to deliver as much power as most regular irons in the market, and while another version with higher power delivery, the TS-80 exists, it comes at a way higher price.

To improve this, Jan Henrik, developed an entirely new drop-in replacement PCB that converts the TS-100 into a USB-C PD powered soldering iron, making it absolutely awesome for soldering on the go, since you could power the iron from a normal USB-C PD power bank and also attain higher power since the USB-C PD is capped at 100W, which is 5 times the regular product!

Jan calls this upgrade the “Otter Iron” as he notes in a tweet, where he shared details of the project along with the cost slash features which puts his PCB + the TS-100 case + the TS-100 tip + some other parts combined, at a price cheaper than the original TS-100.

According to Jan, a bulk of the tasks around the project has been done, with the firmware all sorted, along with the GUI and temperature regulator. His demonstrations of the Iron handling a desoldering task with ease shows the functionalities are good, and its replicability has been confirmed by a few individuals who reported successfully building their own version of the Otter-Iron.

The project as most of Jan’s projects is properly documented on his Github page with some of the few remaining tasks highlighted. Some of the tasks include:

The Project is already receiving contribution from several hobbyists like Timon who has already recreated the fuse holder for the TS-100, which was the only part missing from Jan’s PCB.

One caution so far is an earthing problem with USB-C’s when used with an ungrounded laptop adaptor. So it’s much safer to use a three-pronged charger or separate hooking to ground.

Regardless, this is great work from Jan Henrik. You can follow his progress and get the project files on the project’s Github page.