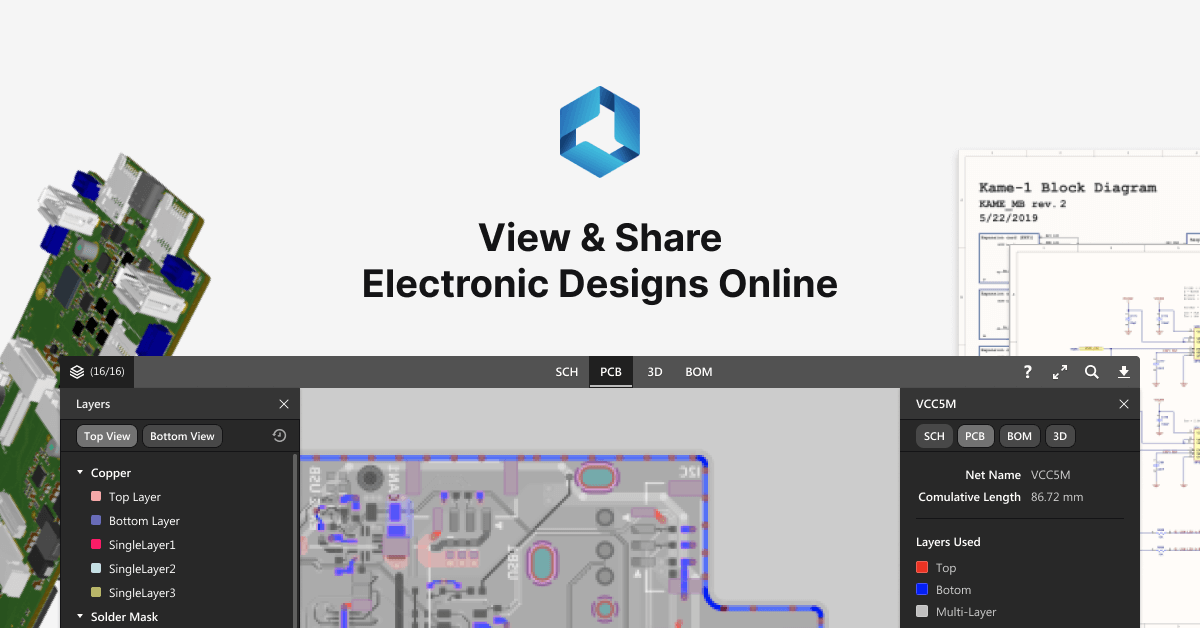 PCB design software provider Altium has launched a new cloud-based application, A365 Viewer, to view and share electronic designs through a browser on any web-enabled desktop, phone or tablet. by Julien Happich [via]

Until now, designers have been forced to share their PCB designs through PDFs or static images. With the new A365 Viewer, an interactive experience is created that retains all of the key relevant information that’s typically lost when sharing static files. For example, the A365 Viewer allows users to search for, select, cross-probe and inspect components and nets while moving seamlessly between schematic, PCB and 3D views of their board. Using the A365 Viewer requires no CAD tools or experience. 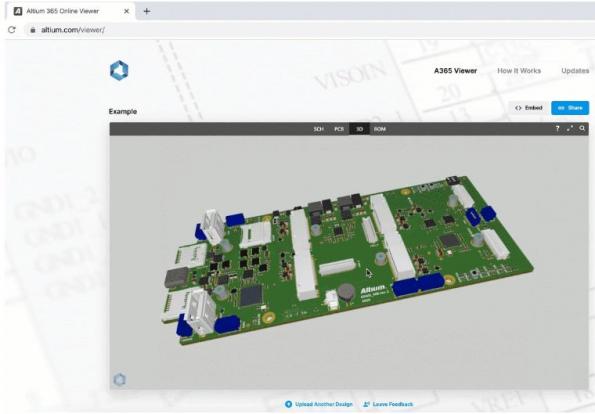 The A365 Viewer is designed to work with multiple eCAD formats, currently supporting Autodesk Eagle and Altium Designer. Other popular PCB design software formats will be supported in the near future. The A365 Viewer is part of Altium’s cloud strategy and newly launched Altium 365 cloud platform.