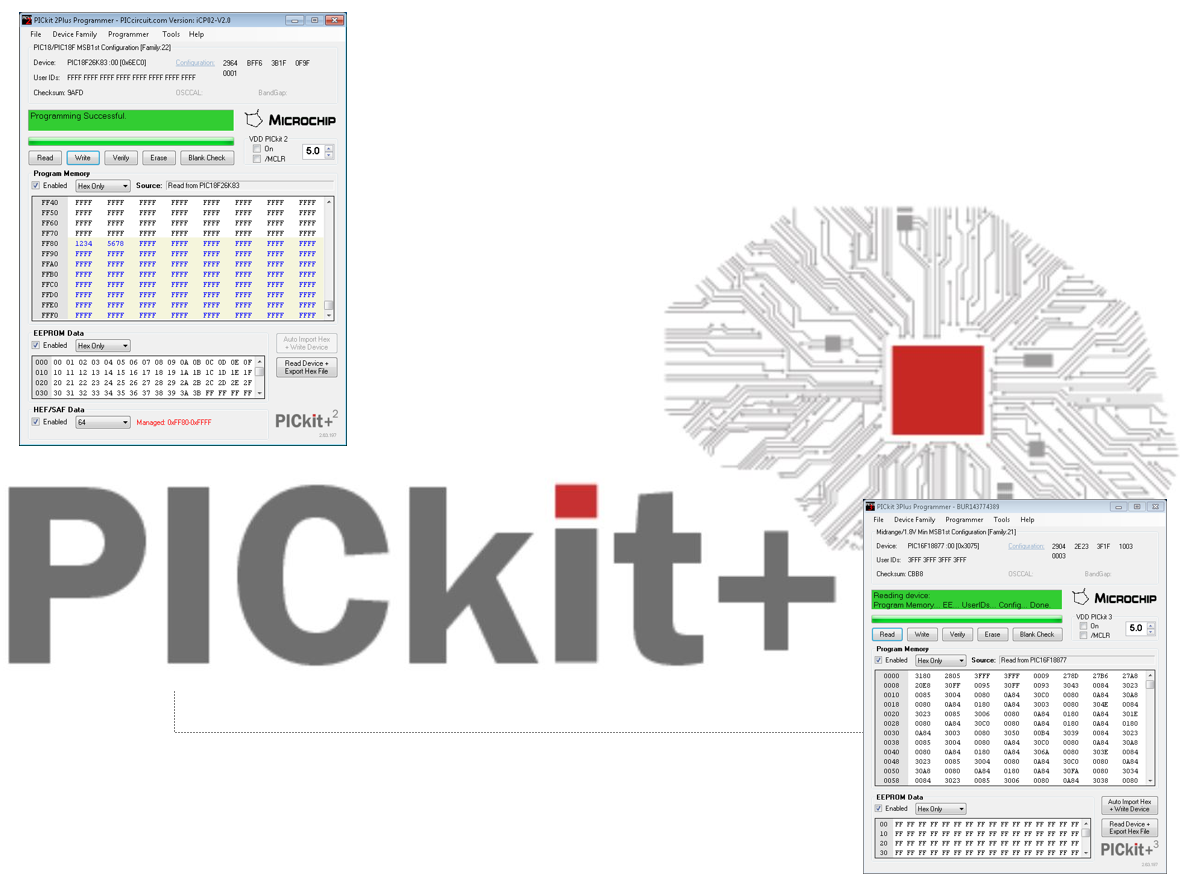 PICkitPlus – A programming software that revitalizes the outdated PICkit2 and PICkit3

Microchip’s PICkit2 and PICkit3 are both In-Circuit Debugger/Programmers, designed for programming and debugging Microchip PIC microcontrollers (and occasionally EEPROMs).

The PICkit2 programmer was released back in 2005, and allowed the user to program and debug most of the 8 and 16 bit PIC microcontrollers and dsPIC controllers as well. Its successor, the PICkit3 programmer, was released some years later.

In 2009 and 2012, Microchip stopped providing support for the PICkit 2 and PICkit3 software , respectively.  They released the source code for the Windows GUI software, making it possible for users to update and maintain it themselves. This resulted in the launch of the PICkitPlus software in 2018 by the PICkitPlus team.

The PICkitPlus software is a total replacement for the original PICkit 2 and PICkit 3 software, designed to facilitate programming of any 8-bit PIC microcontroller using a supported programmer (either genuine or clone).  In contrast to the original PICkit software, which doesn’t provide support for the newer 8-bit microcontrollers, PICkitPlus includes support for old chips and new chips alike.

The PICkitPlus software comes in 3 main variants for the PICkit™ 2 and PICkit™ 3 applications called PICkit 2Plus, PICkit 3Plus, and PICkitCommandLine.

A common problem with using the old PICkit2 and PICkit3 software is their inability to work with very old or very new Microchip microcontrollers; but the PICkitPlus software comes with new programming protocols that support the various classes of Microchip’s 8-bit PIC microcontrollers. Not only does it support the currently released chips, but it also has an updated microcontroller database which helps to keep the software current with future microcontroller products.  So if you are concerned about future compatibility, then PICkitPlus will be your best bet.

The old Microchip software has not been updated for many years, suffers from unreliability and lack of support.  So, things failed to work, you were pretty much on your own.  However, PICkitPlus comes with improved reliability and a better user interface; and since support is readily available you can always be sure to get help with any issues that might arise. 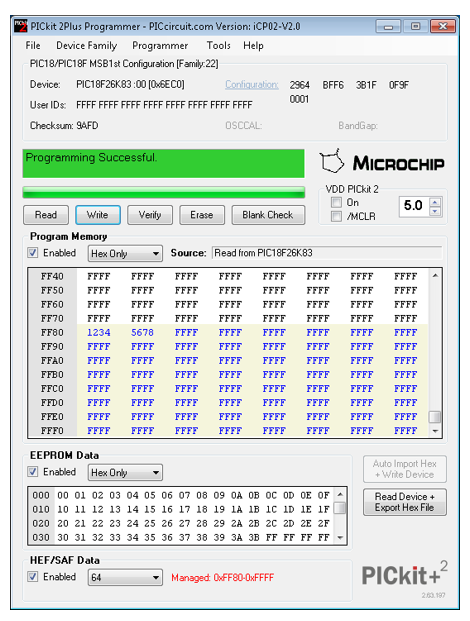 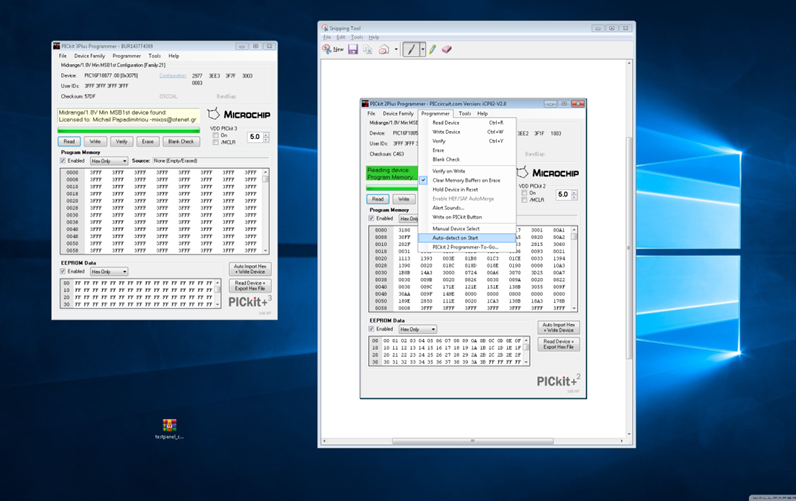 PICkitPlus provides support for over 932 types of popular Flash PIC MCU including the likes of PIC10F, PIC12F, PIC16F, PIC18F, PIC24, PIC32, dsPIC30, and dsPIC33 family. Managing of the Microchip HEF and SAF memory just become easier with support for reading, write, erase, verify, save and imports. Read and write operation for serial EEPROM 11LCxx, 24LCxx, 25LCxx and 93LCxx is available. It can also easily integrate with popular IDEs. Programming of CAN I/O Expander & KEELOQ series: MCP2502X/5X &HCSxx are also supported.

Currently, OS support is limited to Windows 10, Windows 8.1, Windows 8.0, Windows 7 and Windows XP; although Anobium plans to add support for Linux and MacOS in due course.