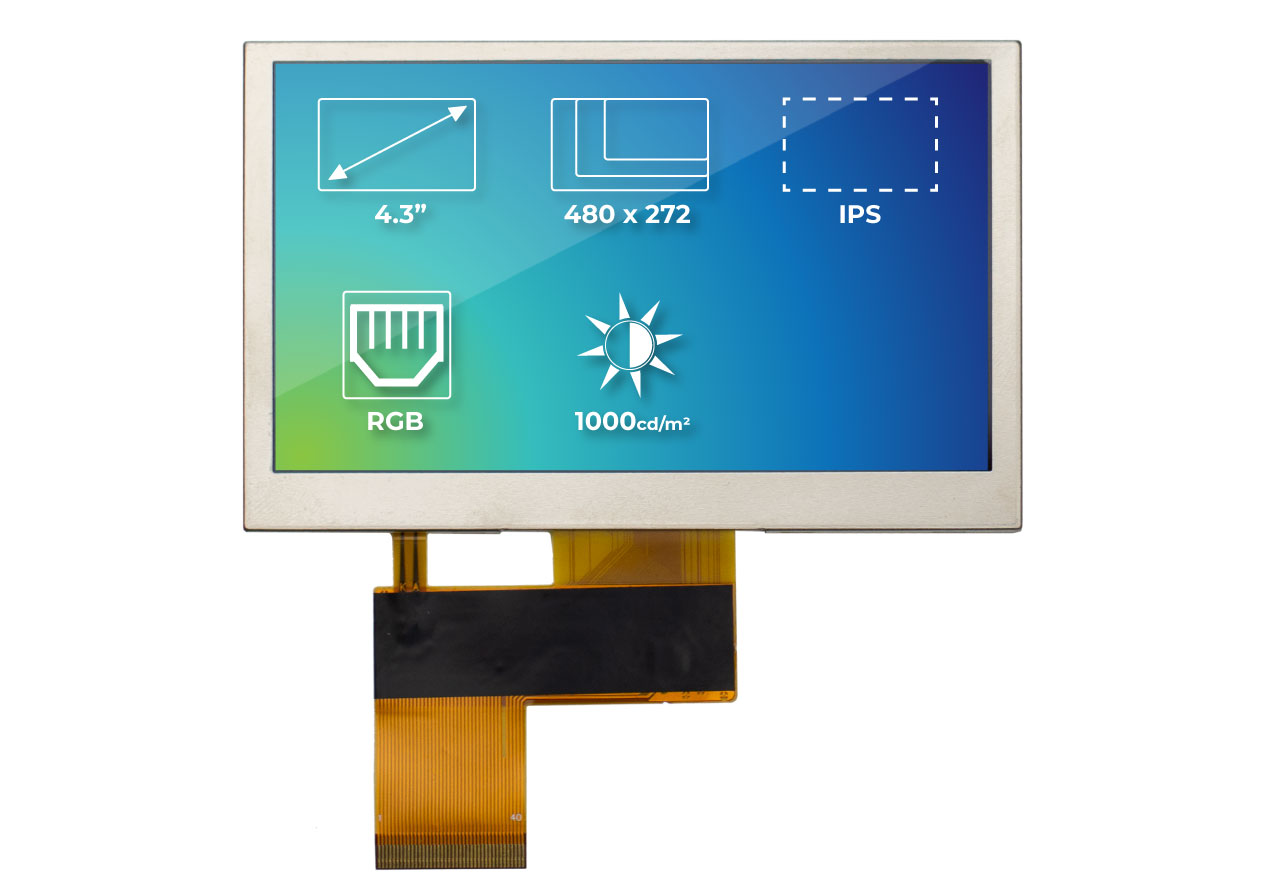 We know Riverdi for its high-quality display solutions in home automation devices and even in industrial equipment. Riverdi has released the High Brightness IPS Thin-Film Transistor Modules in three different screen sizes. You might have seen the popular Newhaven 4.3″ EZ Grip IPS TFT Display, which is somewhat similar to this product.

The new launch has a wide variety of screen sizes, starting from the 4.3-inch display followed by 5-inch, and then the final 7-inch. Each of these displays has multiple modules available with slight differences. These modules are specially designed for applications that require multi-touch, gestures, and high-precision. 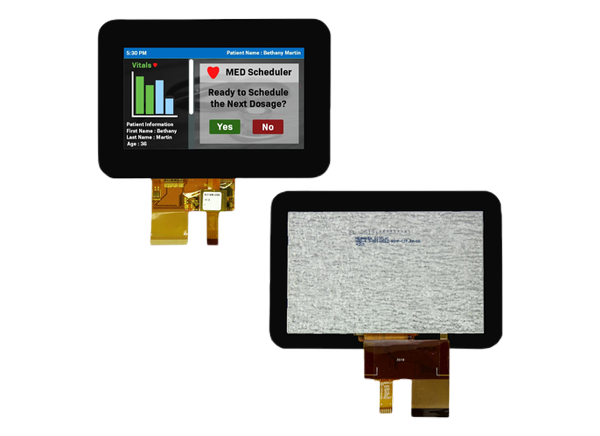 The UxTouch is an LCD TFT display designed for projected capacitive touch panels. It can be easily mounted without any holes in the housing. The Riverdi UxTouch displays include double-sided adhesive tape (DST) to stick TFT easily to the housing. The UxTouch used in these modules is perfect for projects that aim to have an interactive design.

The first and smallest screen size is 4.3-inch, which comes in four different modules: RVT43HLTNWC00, RVT43HLTNC00-B, RVT43HLTNWN00, RVT43HLTFWN00. The basic model of the 4.3-inch display is RVT43HLTNWC00, which is a high brightness IPS display with a resolution of 480 x 272 pixels along with the RGB interface and capacitive touch panel. Similarly, RVT43HLTNC00-B has an addition of optical bonding, which is a process of adding a layer of resin between the glass or touchscreen and the TFT LCD TFT panel of the monitor.

RVT43HLTNWN00 has similar specifications, but comes without the touch panel, while RVT43HLTFWN00 has a metal frame and no touch panel. The 5-inch and 7-inch modules come with the same features with increased resolution and screen size.

When it comes to the 7-inch display modules, the manufacturer has given an option of LVDS interface, but the same features as provided by RGB interfaces. There are customizable options in LVDS displays, which include changing the color, shape and size of the cover glass, enhancing the brightness of the screen, changing the thickness of the cover lens, choosing a different viewing angle of the display, and many more.

All the modules are available to buy via Riverdi’s website.

view all posts by abhishek