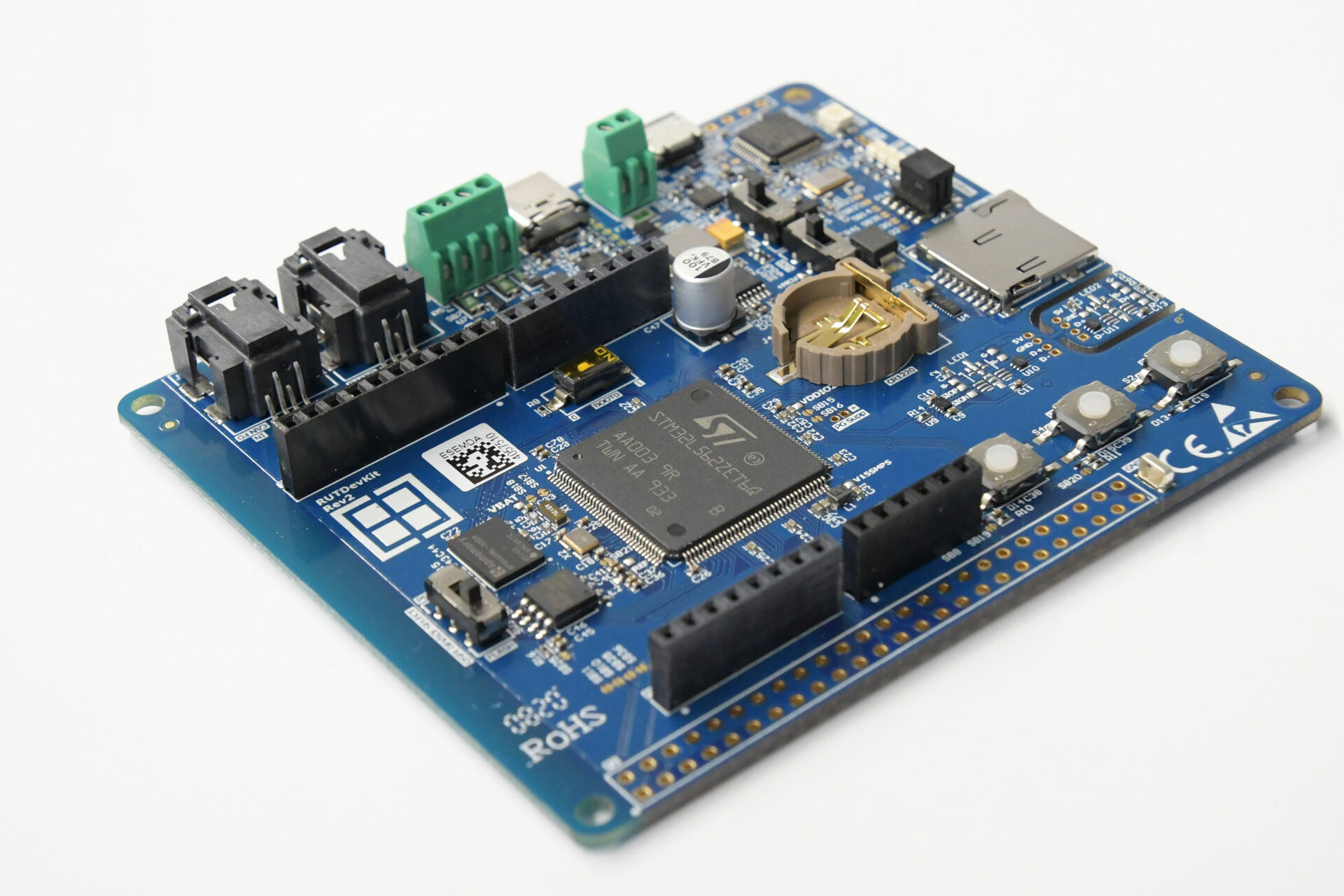 The first development kit developed by Rutronik, the RUTDevKit-STM32L5, is a complete solution for AI-based applications running on an MCU platform. It enables hardware and firmware developers to deliver proof-of-concepts within a short space of time. The focus here is firmly on security and data protection, short latency periods, low energy consumption and adequate storage resources.

Data generated by (I)IoT ((Industrial) Internet of Things) devices are increasingly evaluated on MCU platforms within the application or close to the MCU-based embedded system. This is particularly the case in industrial environments, whether for security reasons or because of the required latency periods. When it comes to implementing this Edge AI or Edge Intelligence (EI), Rutronik now offers a unique development kit that contains all the necessary components.

The RUTDevKit-STM32L5 is based on the ultra-low-power high-performance microcontroller STM32L562ZET6Q, which operates at 110MHz. Its 32bit RISC-Core Arm Cortex-M33 with Arm TrustZone offers hardware-based security features that ensure data security of the EI application during the inference phase. Thanks to Arm TrustZone, one core provides two independent processing environments: A protected one for cyber protection and sensitive code, and an unprotected one for the execution of untrusted code. Further, Arm TrustZone also supports Secure Boot, thereby enabling secure read and write protection for the integrated memory (64Mbit PSRAM and 128Mbit NOR flash) and cryptography acceleration. Arm TrustZone can also include I/O ports, a peripheral function and flash or SRAM regions. The Octo SPI interface to PSRAM and the Quad SPI interface to the NOR flash memory along with the fast A/D converter of the microcontroller support short latency periods.

Overview of the RUTDevKit-STM32L5 components:

In addition to the microcontroller memory, the RUTDevKit-STM32L5 facilitates use of an SD card with several GB as well as a protected area to securely store both raw data and inference data of the AI model.

Equipped with CAN FD and RS485 interface, the kit enables fast transmission of large amounts of data.

The USB-C power supply features Protection IC, and low power functions can be tested with a battery. Additionally, there is the on-board ST-LINK V2 debugger / programmer as well as Arduino interfaces for supplementary boards, such as an Anybus communication module that enables products to communicate via all common field buses and on Industrial Ethernet networks, e.g. EtherCat.

The kit also includes software and sample firmware, including a TrustZone demo, a test mode demo for CAN FD, an RS485 Modbus demo, a USB power supply and tamper detection demo, and a dual bank flash bootloader demo.