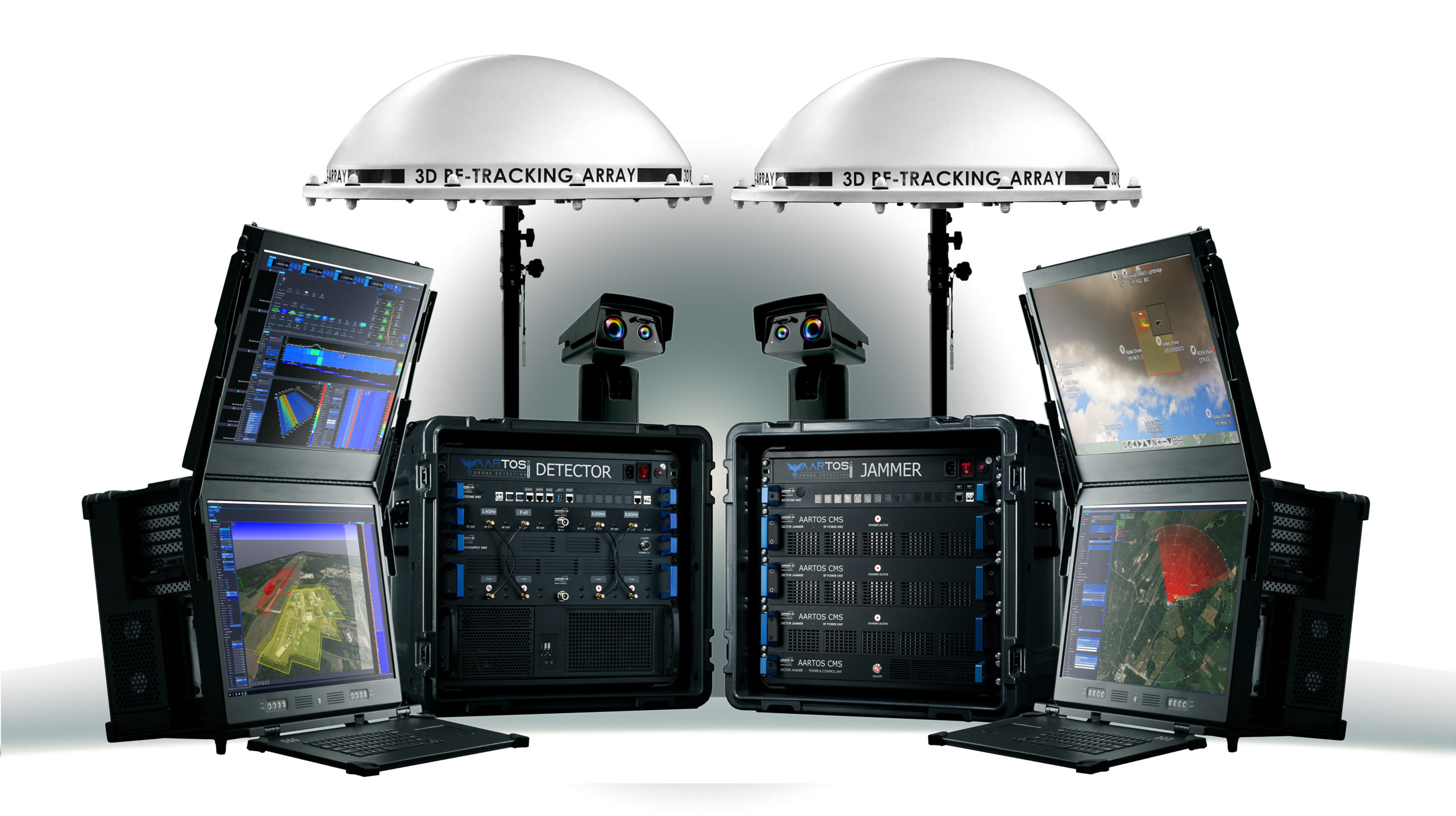 Saelig Company, Inc. has introduced the Aaronia AARTOS Drone Detection System, which can sense airborne drone activity with a virtually unlimited detection range. The AARTOS DDS monitors the entire frequency spectrum (e.g. 100MHz – 20GHz) hundreds of times per second with 360° dome coverage for airborne activity, and is fully customizable depending on the application and situation. It can be configured as a portable or mobile system, or a fixed station with an unlimited number of sensors to form a network covering large areas, and there are no inherent limitations in terms of altitude and elevation. All systems can be linked to a single monitoring center with remote-control for each individual setup. The latest AARTOS DDS V6 generation can detect a DJI Phantom 4 FCC drone at 50 km or more, but the specific range depends on factors such as drone type and topography. The AARTOS DDS uses AI techniques to distinguish between drones and other airborne objects, minimizing the likelihood of false alarms. It is an entirely passive system and does not emit any radiation which could interfere with other infrastructure.

Detecting a drone may take the DDS system between 10μs to 500ms, depending on the configuration and the number of IsoLOG 3D DF antenna arrays. A drone even can be detected as soon as its operator establishes a radio link (i.e. the drone and/or the remote control are switched on). The process of pairing, radio link, take-off, and climb usually takes between 30 seconds and five minutes, depending on the drone model (e.g. the DJI Mavic Pro). This allows the AARTOS DDS a unique early-warning capability by detecting the drone even before it can take off. Optical, acoustic or radar-based drone detection solutions are not able to perform this kind of early-warning detection. The AARTOS DDS can even detect the drone operator’s location. It can track the operator’s movements even if drone and operator are operating at different frequencies or bands. With two systems it is possible to accurately estimate the distance of the drone, and an AARTOS DDS system with two or more antennas can also estimate the drone’s altitude.

Traditional RF-based drone detection solutions only monitor specific bands, such as WiFi 2,4/5,8GHz or ISM 433/868MHz, where most commercial drones have operated previously. But the latest commercial and custom drones will connect at any (mostly illegal) frequencies. This is why the AARTOS DDS’ unique all-band-monitoring receiver and ultra-wide-band tracking antenna work so successfully, sensing the complete frequency range. It can be covered with a camouflage covering without impacting its detection capabilities, unlike optical, acoustic or radar-based drone detection systems. When mounted on a vehicle, the AARTOS DDS resembles a common TV or satellite antenna.

Made in Germany by Aaronia, an RF spectrum equipment expert, the AARTOS DDS drone detection system can benefit the automotive and chemical industry, critical infrastructures such as nuclear power plants, correctional facilities, governments, operators of airports, stadiums and concerts, military branches, security firms as well as private individuals seeking to protect their homes and properties. A system has recently been deployed at London’s Heathrow Airport.