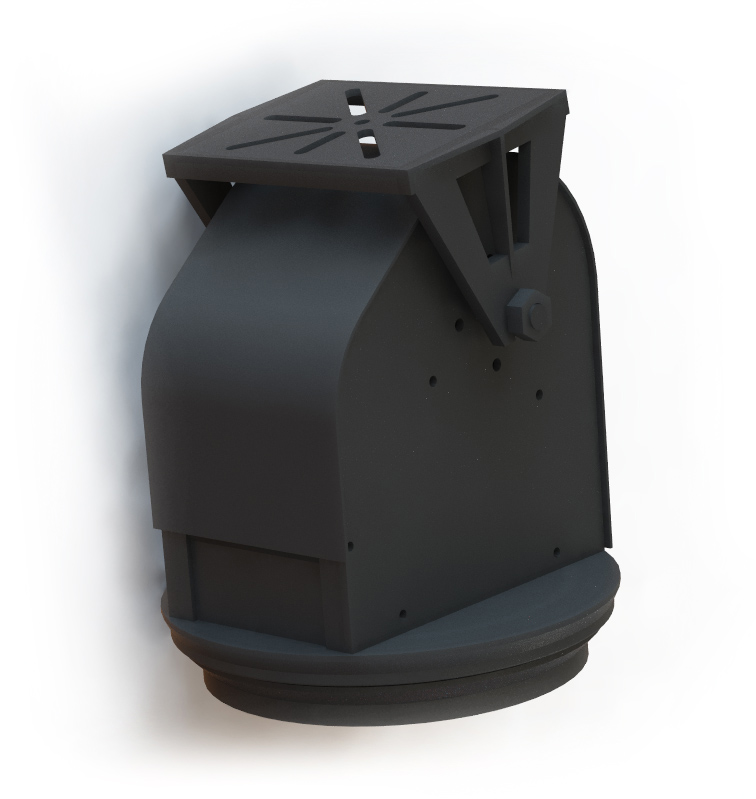 The tracking system consists of two main parts: a control part and the physical structure of the antenna. The control part is responsible for making the two-axis positions of the antenna follow a predefined trajectory during satellite tracking. There are two degrees of freedom for an antenna, namely azimuth, and the elevation angle. The elevation angle is used to define how up in the sky the antenna must face. The azimuth angle, on the other hand, tells us in which direction the antenna should face. An azimuth value ranges from 0 to 360 degrees. Here, north is 0 degrees, and when you change the antenna face to the east, it will be 90 degrees and so on. When you return to facing north, completing the rotation, it will read 360 degrees.

Daniel Nikolajsen from Sweden shared his compact satellite antenna tracking device SATRAN. SATRAN is an azimuth/elevation rotator that can be controlled via an android app and can be 3D printed at home. The rotator of the project has a 3D printed mount that is compatible with many different kinds of antennas.

Daniel says about his project;

“This is a continuation of an old project of mine when I built a simple satellite antenna tracker with an android app that calculates the position of any satellite using its “Kepler elements”, and controlling the Az-El antenna rotator to track it across the sky. During a few late nights together with two other ham operators, we built a crappy but functional prototype from spare parts. Now some years later, I decided to redesign it from the ground up as an affordable and easy to use kit.”

The tracker is based on the ESP8266 NodeMCU board, adding WiFi compatibility. It can be controlled manually in a web interface or automatically through an android app. Plus, for controlling the angles, Nema17 stepper motors are used. SATRAN can be used to listen to various satellites using generic SDRs (Software Defined Radios), or it also can be used to receive satellite imagery or other data. The maker said that the two-way communication to the satellites can also be tried out.

The maker comments on its use:

“Many “CubeSats” are now also in orbit – small, privately funded satellites built by schools, universities, and enthusiasts. Even the international space station regularly transmits images by radio, using what is called as Slow Scan TV.”

The kit for the SATRAN tracking device can be found here: https://www.satran.io/