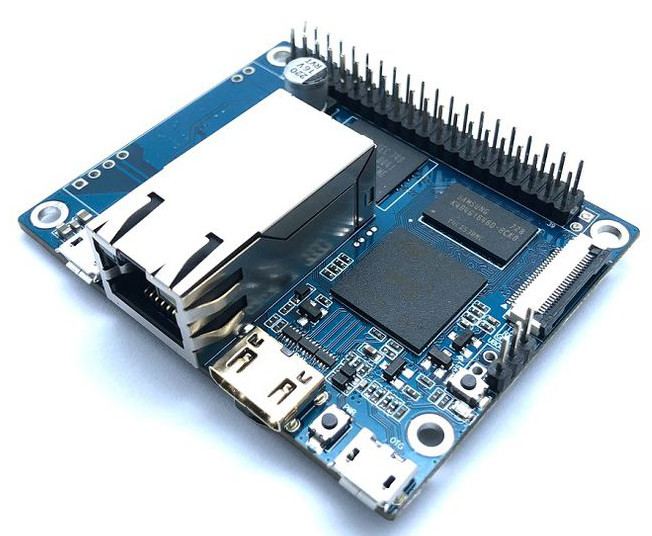 The Banana Pi BPI-P2 Zero is almost identical to last year’s $21 Banana Pi BPI-M2 Zero with a few significant enhancements. The board attaches 8GB eMMC storage, as well as a 10/100 Ethernet port with Power-over-Ethernet support available via an optional PoE module. The new board doubles the weight to 30 grams and extends the smaller dimension by 22.5mm giving it a 65 x 52.5mm footprint.

Other features are almost the same as the M2 Zero, which itself is an emulation of a Raspberry Pi Zero W. The P2 Zero board can run Linux and Android on a 1.2GHz, quad -A7 Allwinner H2+, which is like an Allwinner H3, but with HD instead of 4K video support. The SoC integrates a Mali400 MP2 GPU.