Creating a smartphone application for your embedded products may be a high-cost process that consumes time and efforts. ImageCraft, a producer of high quality low cost embedded system tools, had developed “Smatr.IO” as a very cheap alternative solution that allows you to add a friendly user interface to any embedded project.

Smart.IO is a toolkit that helps you to create a compatible application with your product without the need of any experience in wireless technology or app development. It uses BLE (Bluetooth Low Energy) and it doesn’t require an Internet connection or data plan.

There is no need to write any wireless code, or write an app. All you need is to add the Smart.IO chip to your existing microcontroller-based design, then use the API to create GUI objects in your firmware. 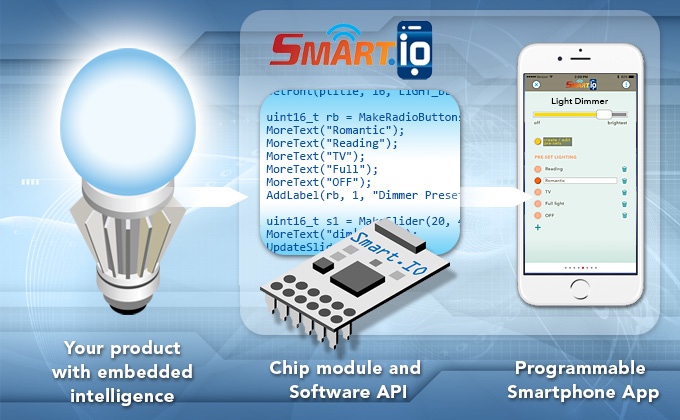 The Smart.IO chip module is only 25mmx14mm. It has a 10-pin headers which are easy to solder onto your PCB, or use in a prototype system. It interfaces with your host microcontroller using SPI pins, plus extra pins for interrupts for data notification. Smart.IO draws very little power, typically about 100mA, and much less during standby mode.

If you are an Arduino user, ImageCraft will provide an Arduino-compatible shield that comes with a Smart.IO chip module, so that Arduino users can start using it immediately.

The API functions allow you to create GUI objects and to modify their values. A simple callback mechanism notifies your firmware of input changes. The API code will run in the Smart.IO chip firmware, and the host MCU only runs the API interface layer code, so it will not use the host MCU resources. 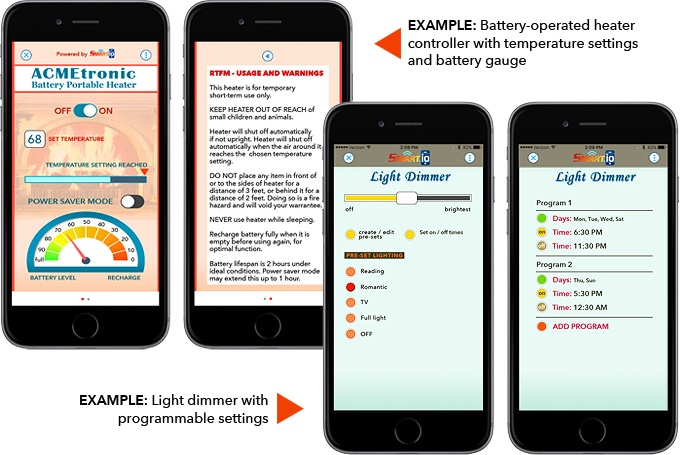 The GUI elements incorporate solid, current user interface principles. The UI will look and work exactly the same way across all iOS devices, from the iPhone 5 to iPhone 7+, and all iPad devices, including the iPad Pro. An Android friendly UI is planned for Spring.

There is also a customized version of the app specific to your product and branding for an inexpensive one-time licensing fee including customized app logo and name and security key to ensure your product will only work with your app. 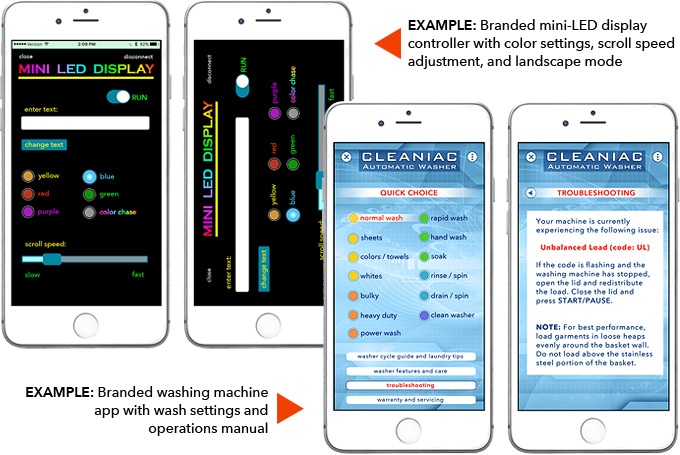 Secret key encryption is used to ensure secure pairing of the device and customized app. As Smart.IO does not use the Internet, there is no risk of your device being used for DDOS or other types of attacks through the use of Smart.IO.

Through the Kickstarter campaign, Smart.IO reached about $9,500 and pre-ordering is still open here. ImageCraft will start work on the Android version of the programmable app and set up a forum for Smart.IO users. A use case example of Smart.IO is available on the official page.