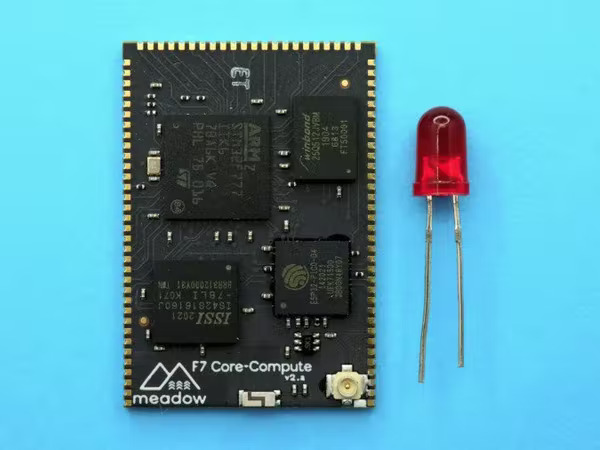 Portland-based embedded device manufacturer Wilderness Labs has introduced the Meadow F7 Core-Compute System on Module based on the popular F7 Feather microcontroller development board. The hardware is aimed to expand the reach of the IoT platform to enable the 10MM+ .NET developer community to build secure embedded hardware in less time and cost. At the heart of the Meadow F7 Core-Compute System on Module is the integration of the STM32F7 microcontroller along with the ESP32 coprocessor in a small form factor measuring just 24.5×34.5 mm.

Our customers tend to be building industrial and commercial IoT solutions, in many cases, they’re modernizing industrial processes and integrating into SCADA architectures. Much of the existing infrastructure they’re working with is woefully insecure, so it’s gratifying to be able to provide them with a rapid-development platform that allows them to use their existing skills to unlock hardware development, while also providing security by default, said Bryan Costanich, Wilderness Labs’ co-founder and CEO. 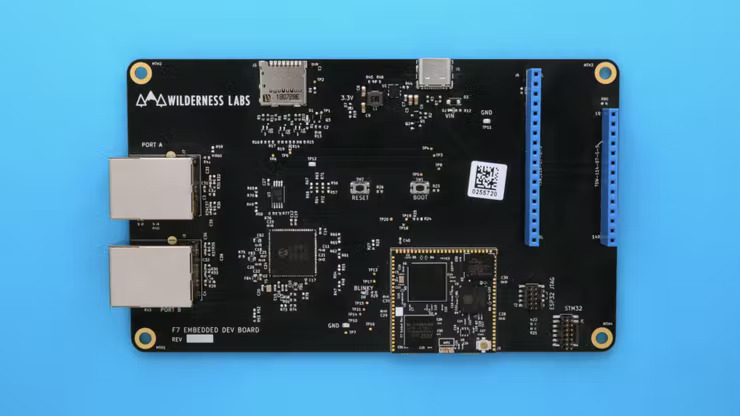 By offering the Core-Compute module, we’re able to significantly reduce our customers’ time to market, as well as ease a lot of their supply-chain challenges, given how hard it is to get a hold of these microcontrollers since we’re on direct allocation from the manufacturer.” Referring to the new normal of lead times for microcontrollers of two years or more, Costanich further added.