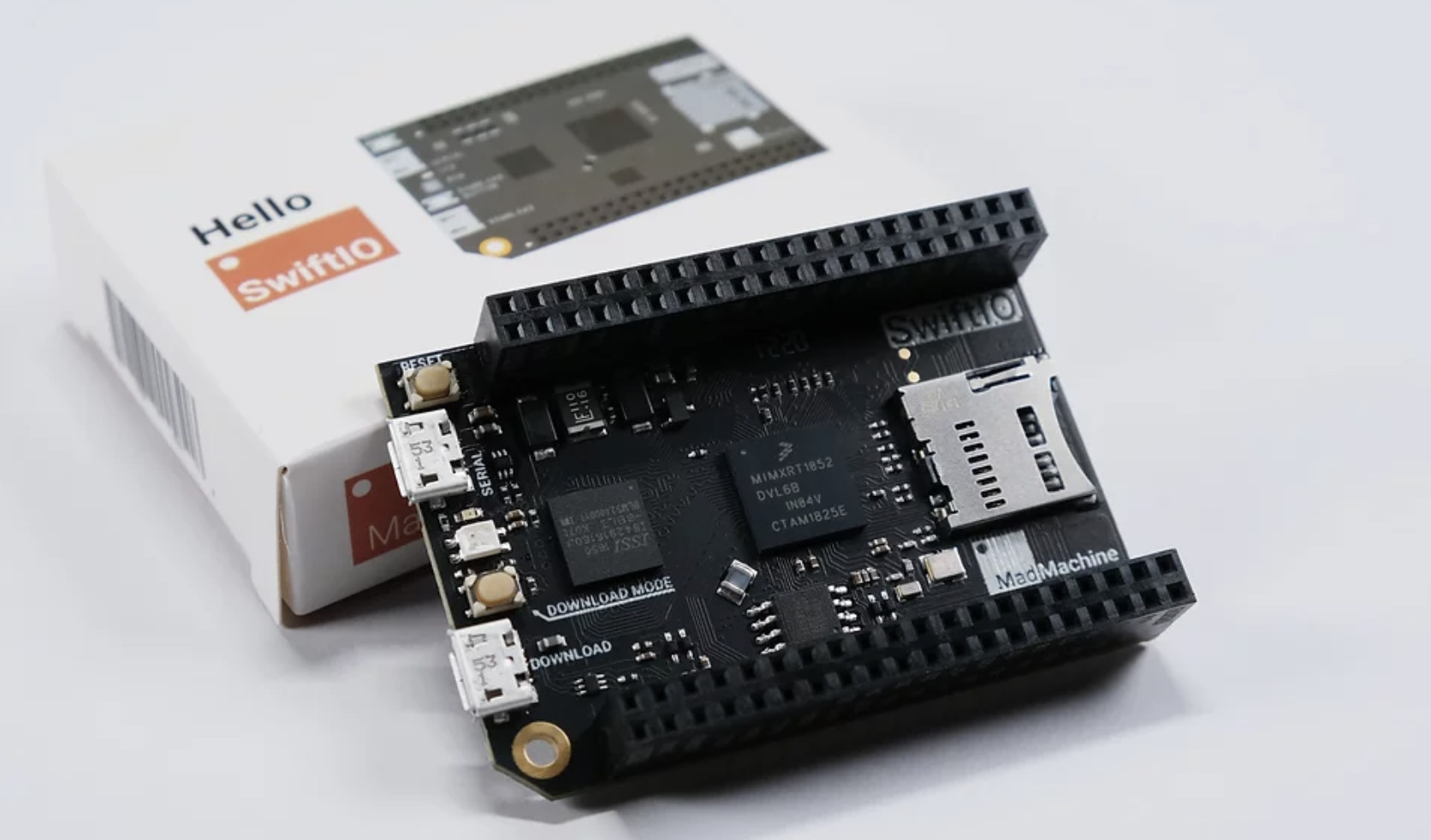 World’s First Development Board Based on the Swift Programming Language

One growing trend across the embedded systems development world is the development of boards, Microcontrollers, and general development platforms, that aim to be more inclusive, with respect to supporting other programming languages asides the traditional C/C++ that are synonymous with embedded development. From boards like the Espruino which supports Javascripts out of the box, these boards reduce the embedded system barrier of entry in a way that allows developers from other backgrounds like Software to quickly get up and running on hardware projects. With a lot of ground a language still to cover, a new board, developed by the folks at MadMachine, is taking things further with support for Swift; the programming language popular among iOS developers.

The new board called; the SwiftIO board, is a compact electronics development board that runs Swift on the bare metal, giving you a system that can be used for the development of all kinds of electronics. The design of the board took a cue from the ease and fun associated with the Arduino and it thus supports a range of sensors, lights, and motors that are plug-and-play compatible with Arduino boards.

The new development board is accompanied by the MadMachine IDE which offers a full Swift compiler and framework environment that runs on the microcontroller making the development process easy. Despite being popular only among iOS developers, Swift is regarded as a modern general-purpose programming language that incorporates modern approaches to ensure safety, performance and support the implementation of a well-built software design patterns. 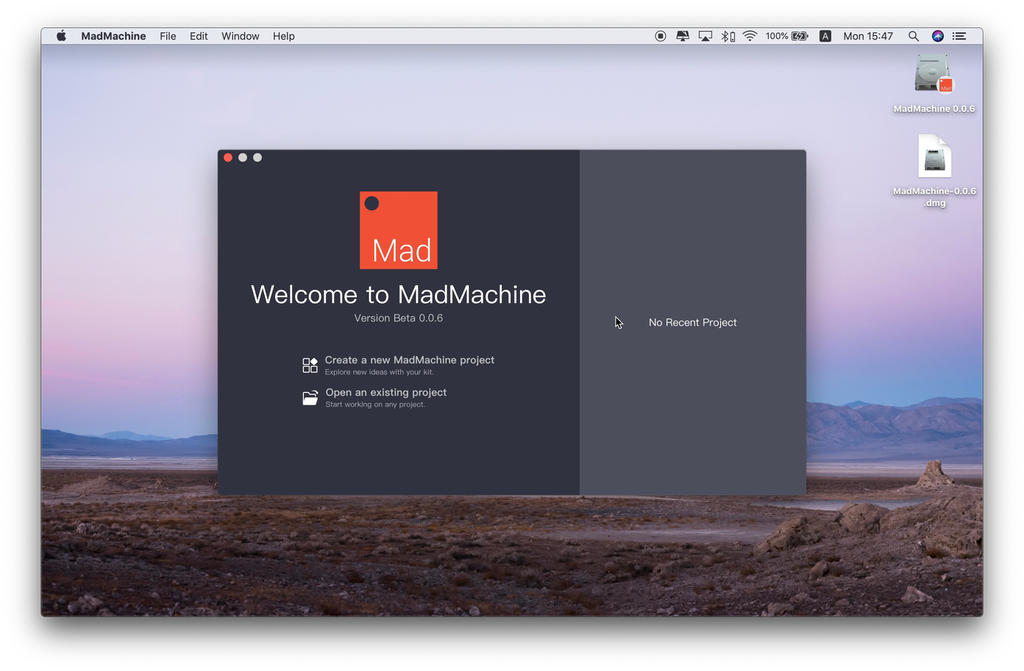 The modern and safety features of Swift as a programming language makes it perfect for the future of IoT development and MadMachine is hoping to provide designers with the tools required to leverage those features. 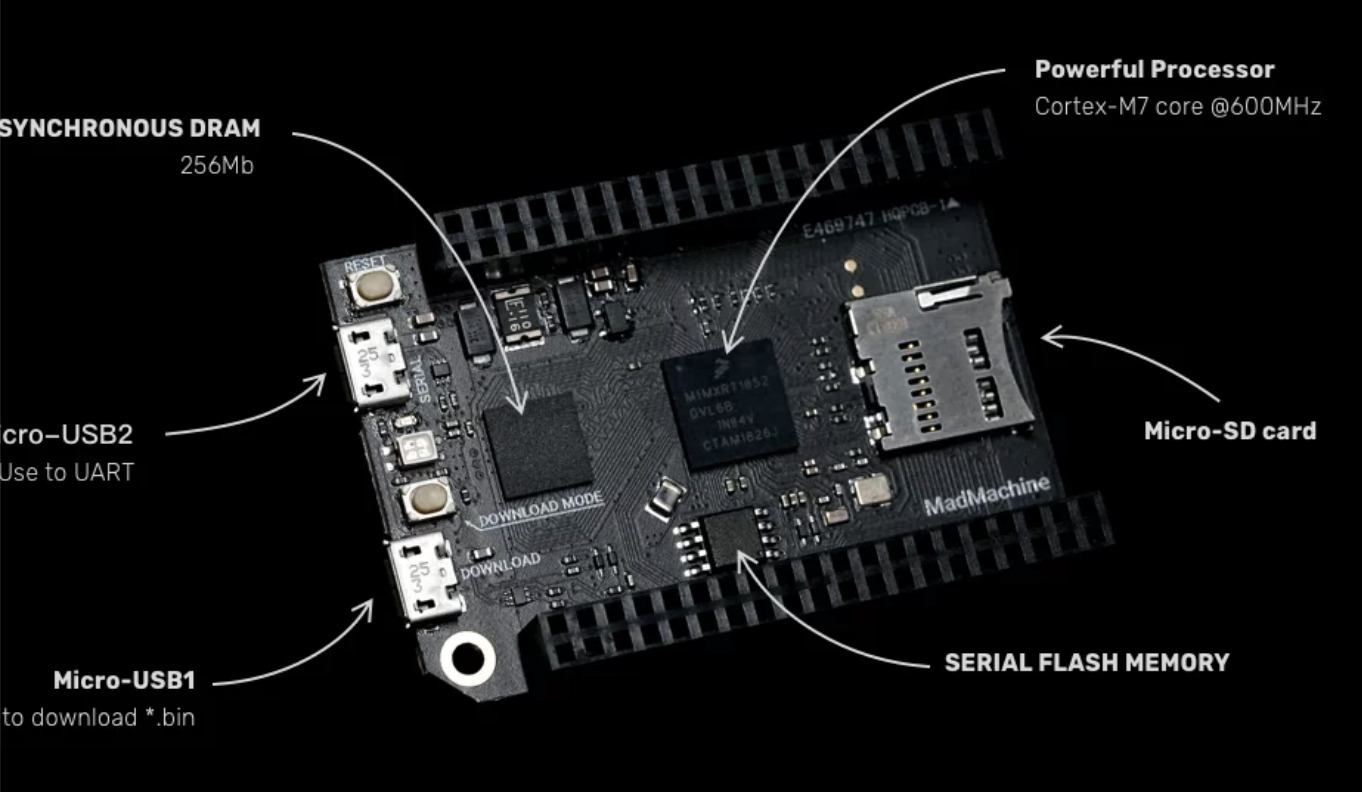 Some features of the SwiftIO board include:

Asides providing a platform for makers to build amazing solutions, MadMachine also hopes the SwiftIO development board will provide a cheap path for makers beginners and enthusiasts that are interested in learning the Swift programming language since the cost of the SwiftIO board is 80% lower than that of the cheapest Apple iPad.

The board is currently available for sale on MadMachine’s store for $68 and users have the option of picking up the SwiftIO maker kit containing different sensors and actuators alongside the SwiftIO board, for $118.

More information on the board, pricing, availability, and features, can be found on MadMachine’s Website.