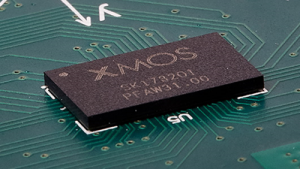 XMOS is one of the many companies that has ventured in voice recognition technology. They created the VocalFusion XVF3500 device, the first voice processor to have true stereo-AEC support in a far-field linear microphone array solution. Voice recognition is a relatively new technology for consumers which we came to know with Siri, google home, Alexa etc. However, this technology has been developed since 1950s with a very limited understanding of numbers. Nowadays, voice recognition software can answer all kind of questions, perform activities (such as calls, notes and web searches), and even answer to sarcastic questions. Experts predict that 50 % of all web searches will be made using voice by 2020.

Voice recognition is not only about not using keyboards, but also about security and usability. Thanks to software such as Siri people can now make phone calls in the car without even looking at their phone, play music and send messages. The biggest problem is accuracy specially when dealing with accents which the voice software may not be able to comprehend.

Speech recognition works by analyzing the sound, filtering what you say and digitalizing it into a form that the computer can read, and then analyzing it for meaning. It has become increasingly complex to program this kind of software because of language, dialects, accents, and phrasing. Also, background noise can easily throw off the interpretation of your speech.

At CES 2018, XMOS plans to display their new XVF3500 voice processor alongside the VocalFusion 4-Mic Dev Kit, which was the first far-field linear array solution to achieve Amazon AVS (Alexa voice service) qualification, delivering easy integration of Amazon Alexa into commercial and industrial electronics. The kit is based on the VocalFusion XVF3000 device which provides acoustic echo cancellation and advanced noise suppression. This will allow developers to build Alexa enabled products which will accelerate it’s deployment in new systems and new devices giving customers the ability to access Alexa from more places.

The development kit includes the XVF3000 voice processor, I2S serial audio and I2C serial control interfaces, cables, xTAG debug adapter and much more. It enables across the room voice interface solutions which are then processed by cloud based recognition software even in places with complex acoustics and noisy environments. This could help solve the background noise issues allowing a more accurate interpretation and an improved user experience.