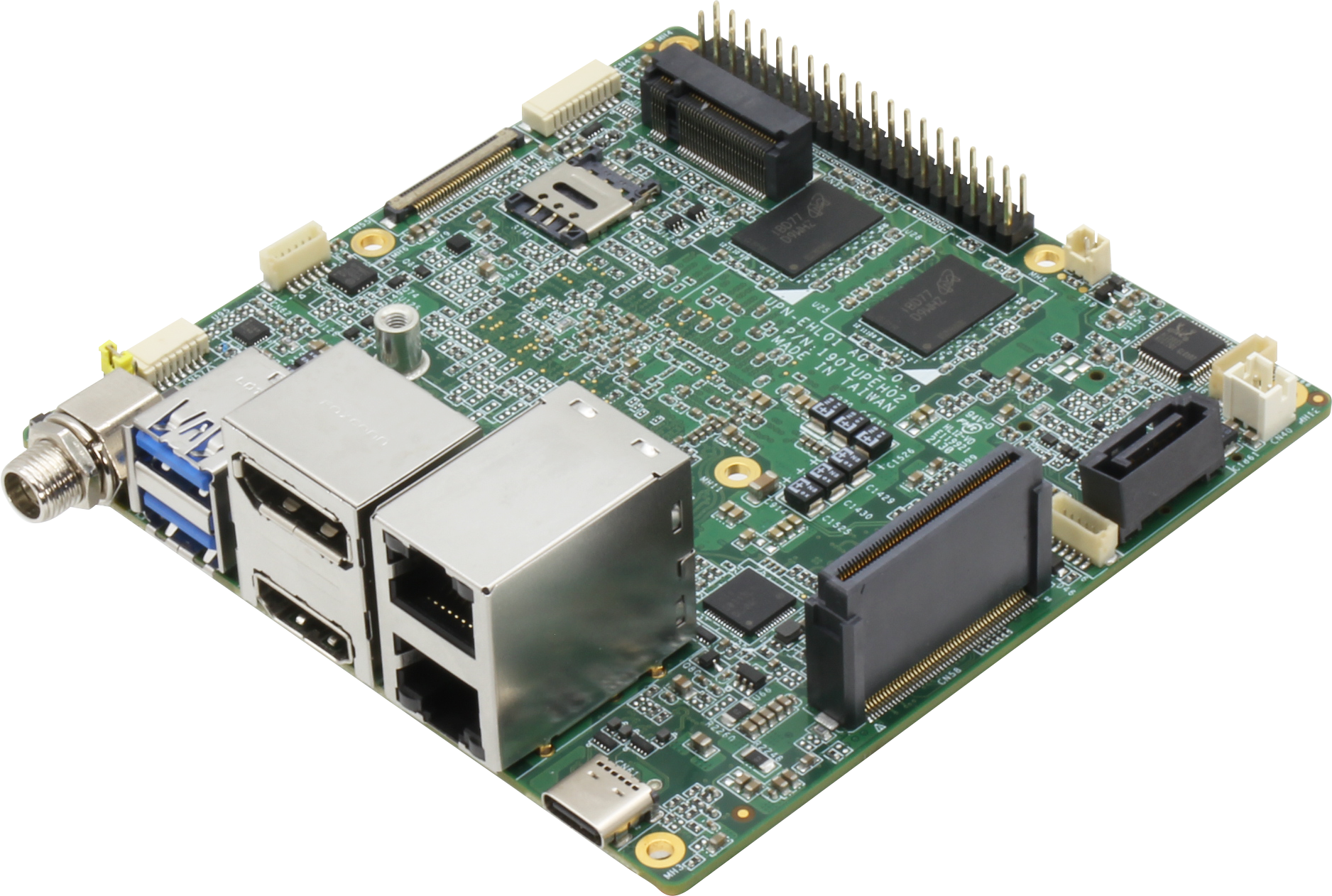 Expansion and scalability are critical in edge AIoT deployments. To meet the design requirements, UP Squared 6000 comes with multiple M.2 sockets for Intel® Myriad X module, NVMe storage, 5G connectivity and Wi-Fi5/6 modules. In addition, UP Squared 6000 features 40-pin GPIO (HAT-compatible) and 100-pin board-to-board connector (available in Intel® Atom® x6000E/RE SKUs only) for I/O expansions through a carrier board. With the carrier board, UP Squared 6000 will drive full potential of Intel® Programmable Service Engine by offering CAN Bus, QEP, additional dual GbE Ethernet ports, and RS-232 for industrial applications (the carrier board is available in SKUs with Intel Atom® x6425RE and Intel Atom® x6413E processors and is scheduled for official launch in Q2, 2022).

By integrating the carrier board, UP Squared 6000 can drive the potential of Intel® Programmable Service Engine (PSE) offering Out-of-Band (OOB) Management, allowing IT personnel to remotely manage manufacturing assets even when the operating system is unresponsive or the device is powered off.

For those interested in the trial version of the carrier board and Intel® Programmable Service Engine (PSE), the UP Squared 6000 Edge Computing Kit is scheduled to be launched in Q1, 2022 to meet the demands while the carrier board will be officially in the market by Q2.