If you have been using home automation devices to control, monitor, and status reading, they may employ the Z-Wave communication protocol. There have seen several SBCs that support the interface of the Z-Wave protocol, like the RK3568 development board. It is widely known for its ability to work among other wireless communication protocols like Wi-Fi, ZigBee, and other 2.4 GHz-based protocols. One such Z-Wave gateway is introduced by a Silicon Valley-based manufacturer Aeotec, Z-Pi 7 is designed to control actuators and sensors in a Z-Wave Plus network.

The Z-Pi 7 module is compared to Z-Stick Gen5+ with the major difference being the former is built around the Series 700 Z-Wave and the latter gets the Series 500 Z-Wave hardware. One of the interesting things when buying this module is that it lets you add the connectivity of the Z-Wave communication protocol to several SBCs, including Raspberry Pi and Orange Pi. However, the manufacturer has specifically designed the hardware for developers working on Raspberry Pi. For more information, the company has provided a detailed guide to get started with your favorite SBC. 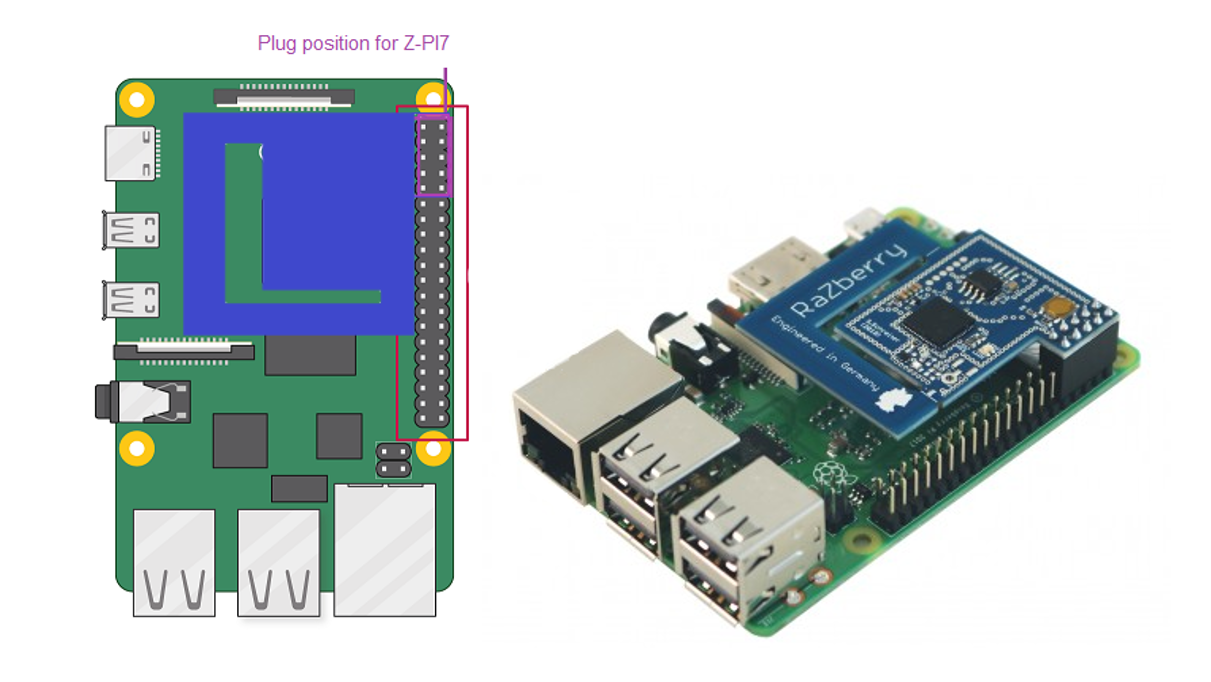 One of the other upgrades in the Z-Pi 7 over Z-Stick Gen5+ is the support for Gen7 devices that lay the foundation for smart homes and smart buildings. The hardware is built around the Silabs’ EFR32ZG14 Z-Wave 700 Modem SoC that is designed for gateways and controllers in smart home applications. For installation purposes, the manufacturer has given you the option to use GPIO connections with a power supply of 3.3V DC through these GPIOs.

The hardware doesn’t get a built-in rechargeable battery that is provided in its predecessors mentioned earlier. However, the installation process is considered to be very simple and easy for any developer working on SBCs. Note that the hardware uses the same port as the Bluetooth on the Raspberry Pi, so make sure you deactivate the Bluetooth before installing the module. This hardware opens several opportunities for the developers to explore the capabilities of the Z-Wave wireless communication protocol in smart home applications.

If you are interested in the Z-Pi 7 Z-Wave gateway, head to the official product page for a more detailed comparison with other existing modules.