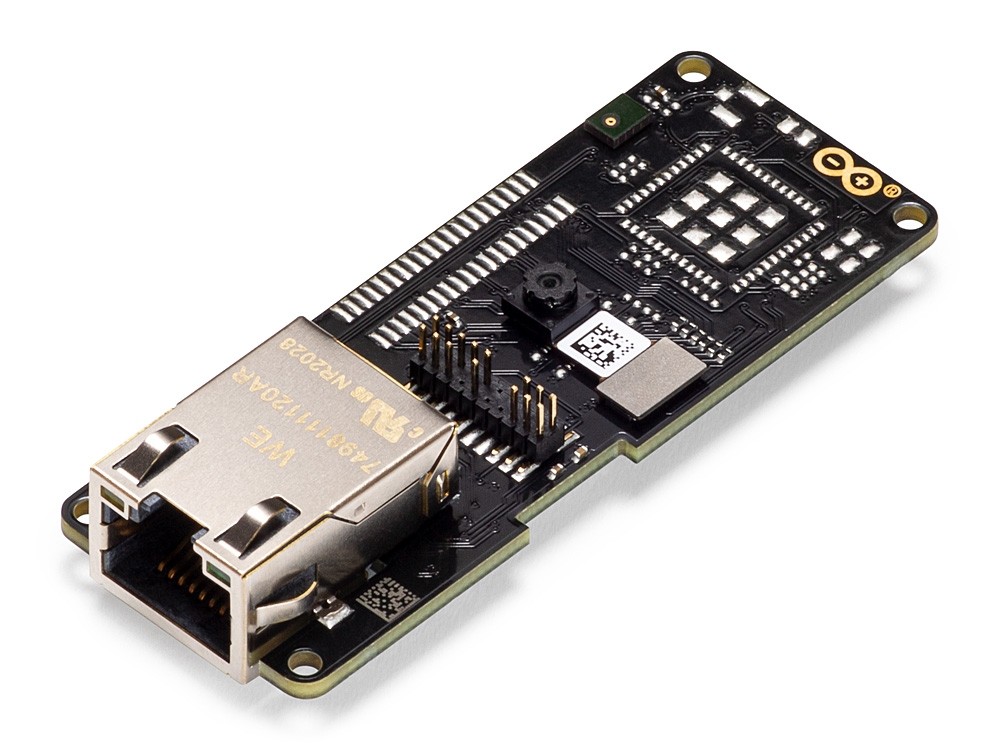 Earlier this year, Arduino in an attempt to launch something more suitable for industrial use and the Internet of Things, unveiled the Portenta H7 module, which is designed to run high-level code and real-time tasks simultaneously.

As the first in a new family of boards, the Portenta H7 module built around an STMicroelectronics STM32H747 with a dual-core Arm Cortex-M7 and a Cortex-M4 on chip at 480MHz and 240MHz respectively can run Python, JavaScript, native Arduino code, and applications running atop Arm’s Mbed operating system. 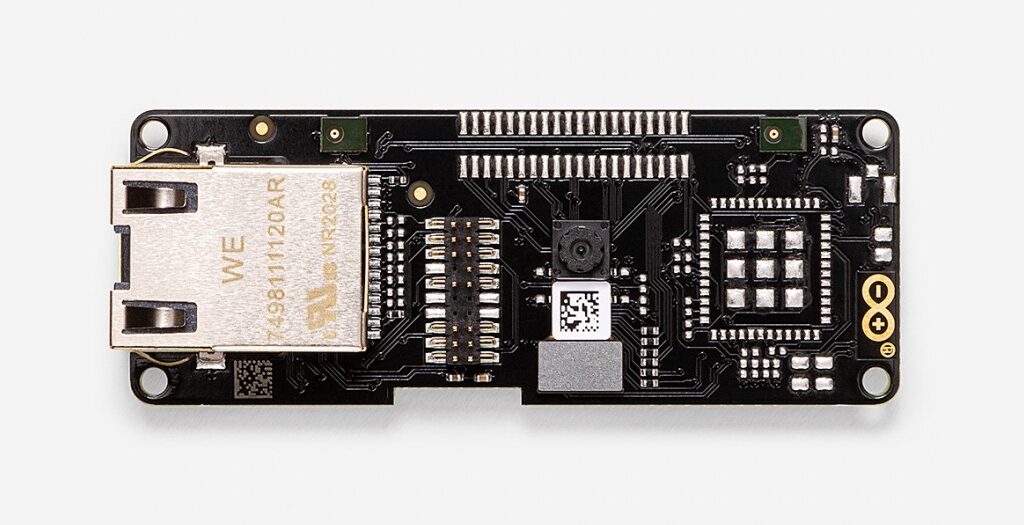 “embedded machine learning has the capacity to transform industries”,

The Portenta Vision Shield aims at extending the capabilities of the Portenta H7 into computer vision and voice applications. The Shield packs in two ultra- compact and omnidirectional MP34DT06JTR microphones configured as a beam-forming array and a 324×324 pixels camera module which contains an Ultra Low Power Image Sensor that autonomously detects motion while the Portenta H7 is in stand-by. The image sensors have high sensitivity and can capture gestures, ambient light, proximity sensing, and object identification

The Vision Shield’s sensors capture audio and video data, store them locally on a microSD card, and transmit them either through the Shield’s Ethernet port or the Portenta’s WiFi or Bluetooth Low Energy radios. Hopefully, there should be another version of the Vision Shield that will include the option of LoRa wireless connectivity before the year runs out.

More details on the Portenta Vision Shield, including the download link to the OpenMV IDE v.2.6.4 can be found on the Arduino store where the board currently sells for $45.