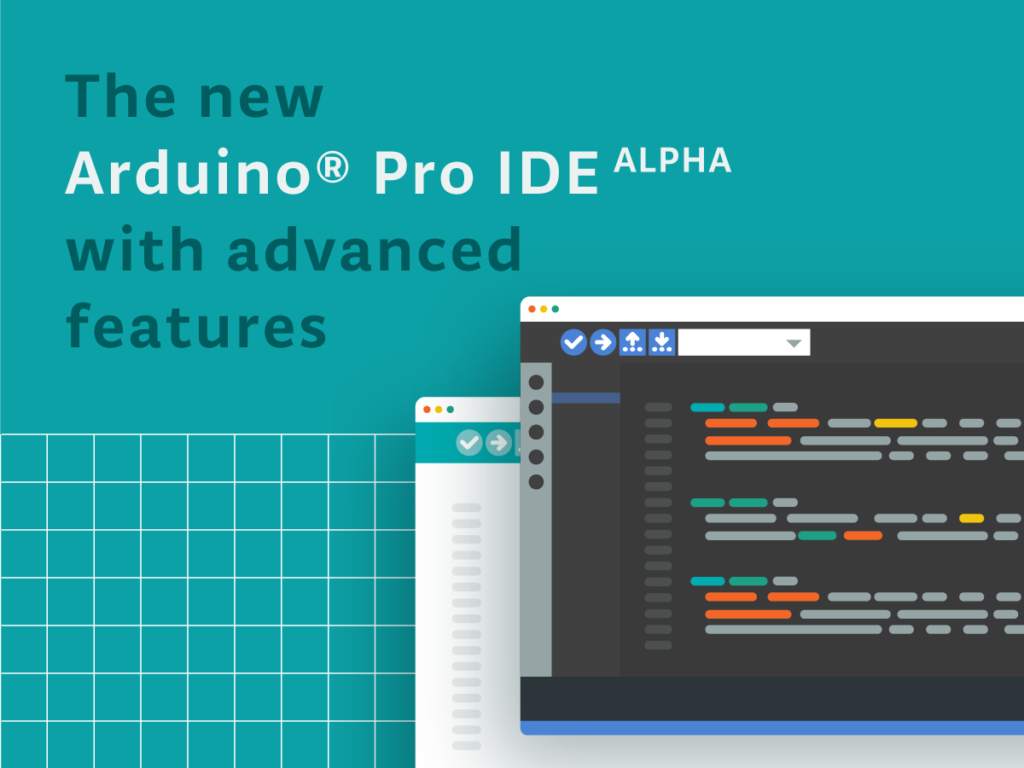 The simplicity of the Arduino IDE has made it one of the most popular in the world — it’s easy enough for beginners and fast for advanced users. Millions of you have used it as your everyday tool to program projects and applications. We’ve listened to your feedback though, and it’s time for a new enhanced version with features to appeal to the more advanced developers amongst you — while retaining continuity with the simple, classic Arduino IDE that so many of you are familiar with.

We are very excited to announce the release of an alpha version of a completely new development environment for Arduino — the Arduino Pro IDE.

The main features in this initial alpha release of the new Arduino Pro IDE are:

But the new architecture opens the door to features that the Arduino community have been requesting like these that will be following on soon:

The new Arduino Pro IDE is based on the latest technologies:

Available in Windows, Mac OS X and Linux64 versions; we need your help in improving the product. Before releasing the source code to move out of the alpha, we would greatly appreciate your feedback. Like all things in the Arduino community, we grow and develop together through your valued contributions. Please test the Arduino Pro IDE to it’s breaking point, we want to hear all the good and bad things you find. We’re open to recommendations for additional features, as well as hearing about any bugs you may find — there’s bound to be a few as it is an alpha version after all!

So give it a go and let us know of any feature requests or bugs at: https://github.com/arduino/arduino-pro-ide/issues

For those of you who love and cherish the classic Arduino IDE, don’t worry it will continue to be available forever.