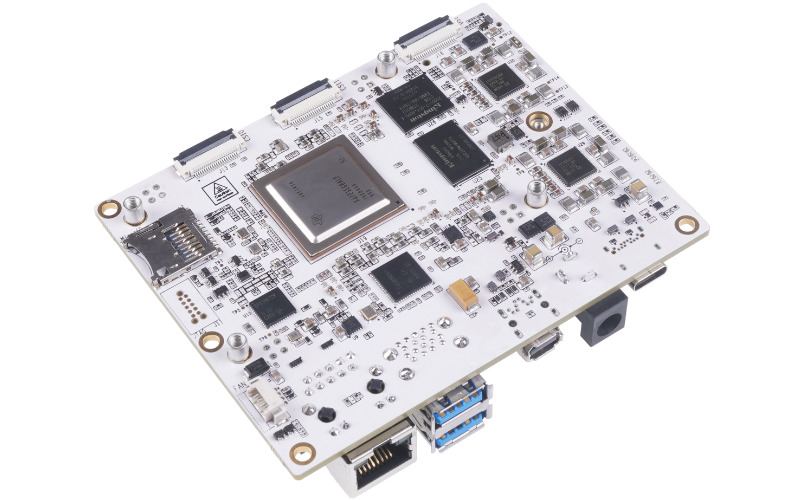 BeagleBone has announced a new addition to the long list of BeagleBone single-board computers, AI-64, a high-performance computer, custom-made for embedded IoT applications. BeagleBone AI-64 single-board computer is a complete hardware system that is capable of delivering improved performance for advanced artificial intelligence and machine learning workloads. The rich set of peripherals enables developers to build edge IoT applications with a faster time to market.

“We believe this board will capture the imagination of designers and empower them to build complete and powerful AI systems” stated Christine Long, CEO of the BeagleBoard.org® Foundation. “At an extremely competitive price point, we are excited about the new applications that BeagleBone AI-64 will enable for new and experienced users.”

Recommended reading: What is AI inference at the edge? 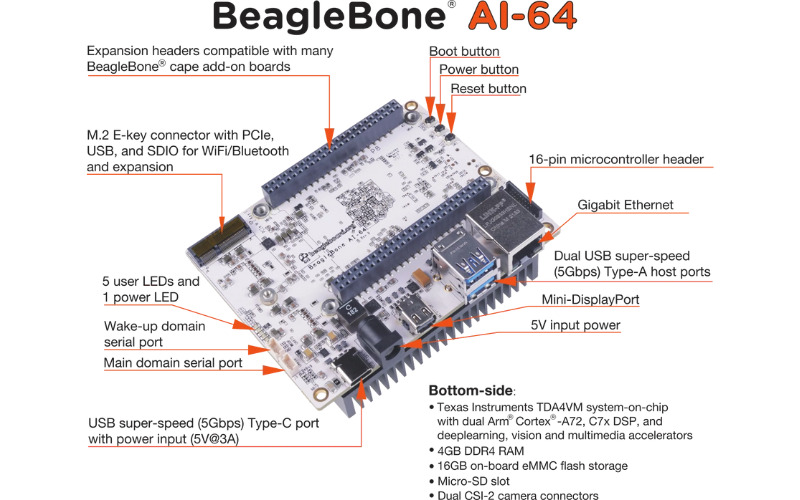 BeagleBone AI-64 single-board computer is manufactured with an open-source focused toolchain and development environment, a web browser, power source, and network connection that is required for performance-optimized embedded applications. The manufacturer has provided “zero-download out-of-box software experience” with pre-installed Debian GNU/Linux. The famous BeagleBone expansions with BeagleBone cape headers provide the flexibility to interface hundreds of open-source hardware that are available in the market.

“BeagleBone AI-64 represents a major milestone for BeagleBoard.org, satisfying some of the most requested features from our developer community,” stated Jason Kridner, BeagleBoard.org Foundation board president “including 64-bit support and inclusion of PCIe on an expansion header.”

The hardware is currently available for orders on Farnell UK e-commerce store for £140.00 excluding VAT. For more information on the BeagleBone AI-64 single-board computer, head to the official product page.