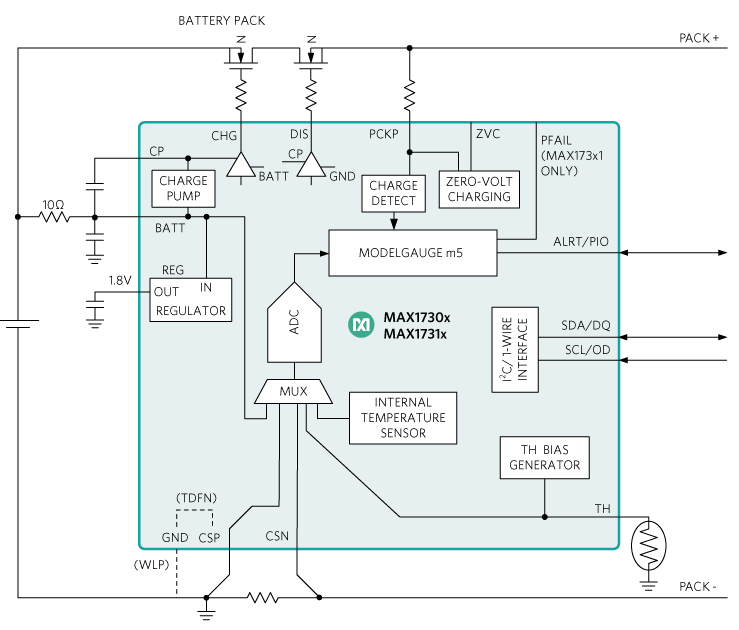 All the devices in the fuel gauge family are equipped with Maxim’s patented ModelGauge m5 EZ algorithm that delivers highest state-of-charge (SOC) accuracy that eliminates the need for battery characterization. These fuel gauges also have a quiescent current (IQ) of 24μA with the FETs enabled and 18µA in hibernate, up to 80 percent lower than the nearest competitor,

The devices also include SHA-256 authentication to safeguard the systems from counterfeit batteries.

Conventional battery protectors monitor voltage and current, and in some cases include temperature monitoring. These options make the system vulnerable to unexpected crashes because battery state-of-charge (SOC) isn’t factored in when triggering an undervoltage cut-off decision. There is a need for a simple, compact solution that protects from unsafe charging conditions that can lead to extensive battery damage including over-voltage, short circuit, over/under temperature and more.

While system and battery designers continue to push the limits of capacity-constrained batteries in order to provide the longest possible run-time without damaging the cell, there are few highly-configurable solutions that are still simple to implement. Designers are also looking for a way to protect the system by ensuring that only genuine batteries are used, which can eliminate unexpected shutdowns and crashes caused by potentially unsafe, counterfeit batteries.