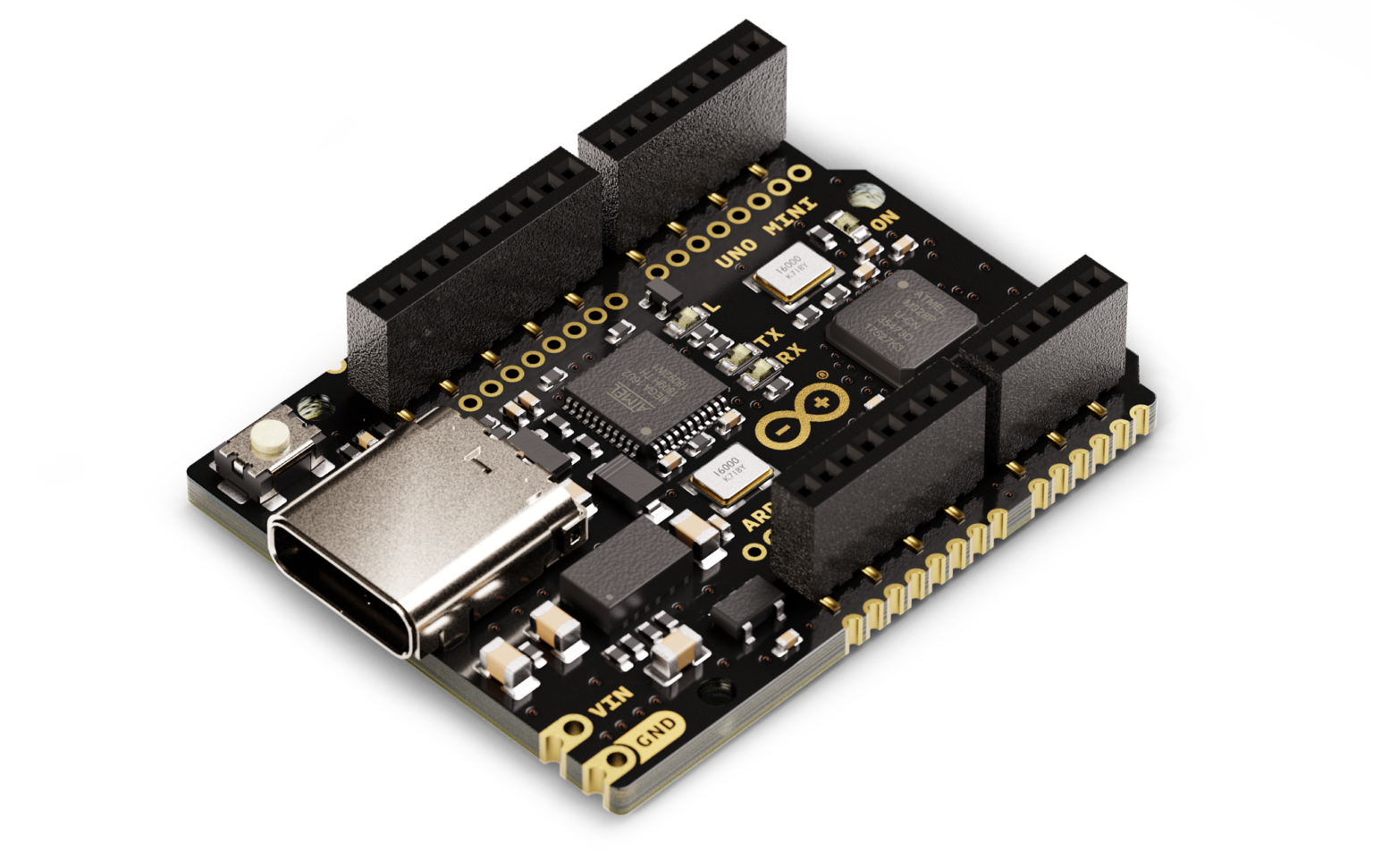 The UNO Mini Limited Edition is here to celebrate a pretty epic milestone in Arduino’s history. The iconic board, which first launched back in 2010, has become synonymous with Arduino itself. It’s like the company and the board are inextricably linked in the minds of makers around the world. For many, Arduino is the UNO.

There was a feature in Make: Magazine once, which declared Arduino was here to stay because it had just crossed the 10,000 sales threshold. Back then (and it’s not even that long ago), the idea that you could sell 10,000 maker boards was pretty epic.

The UNO has now sold over 10 million units.

It’s impossible to guess how many projects that equates to. Just like us, many of you will have owned a lot of UNOs over the last decade, and some of those will have been used in multiple projects. Can you still remember your first UNO, or your first UNO project? Share them with us!

So we wanted something super cool to celebrate this new maker board milestone. And that something is the UNO Mini Limited Edition. 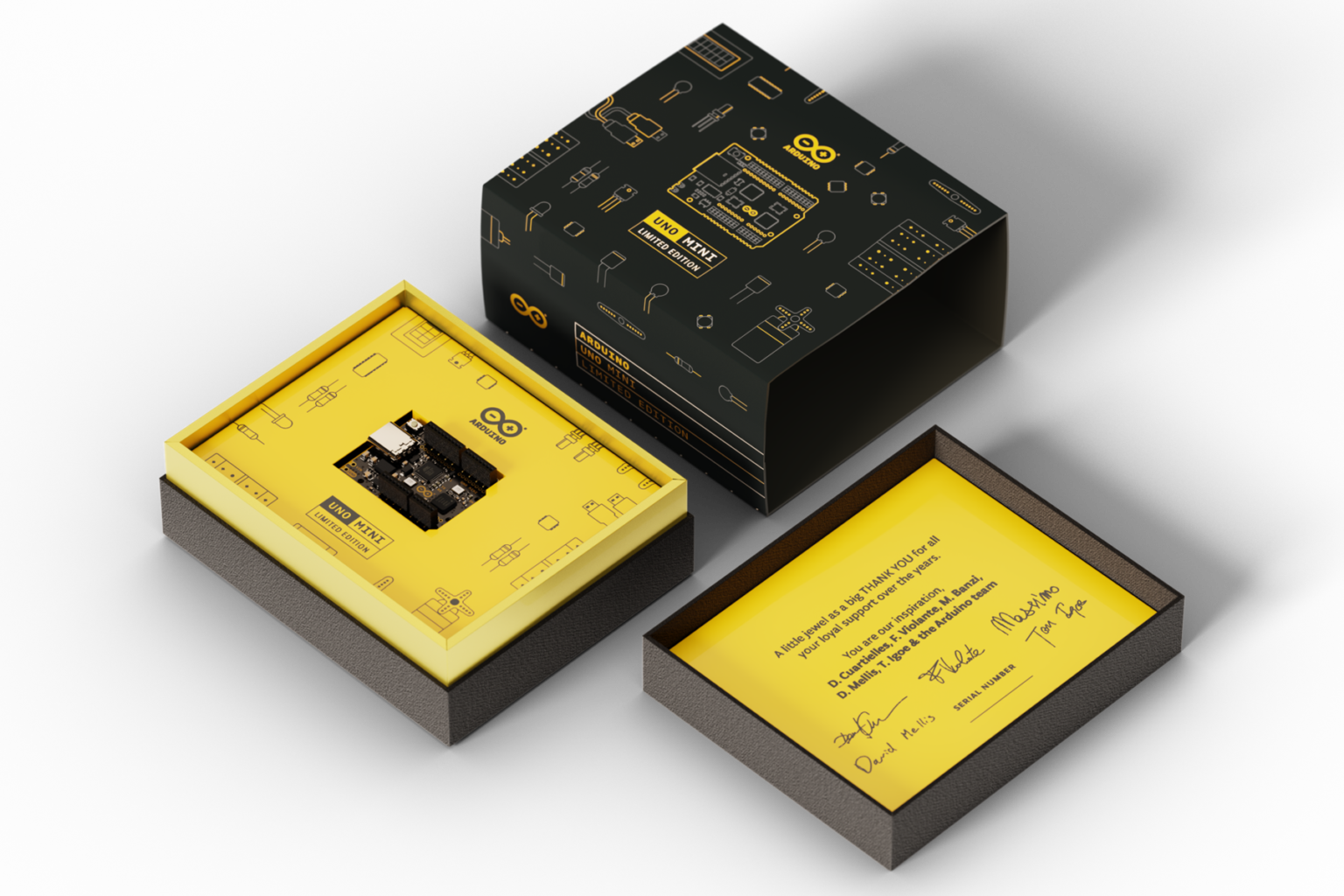 First and foremost, this is an UNO like any other. It’s (almost) the same specs, with the same processor, pinouts and performance that made the UNO so popular. But there are a couple of cool tweaks we think you’ll love.

Probably one of the first things you noticed was that the USB port has been updated to USB-C. An update we’re confident you’ll appreciate, and not just because it helps with the reduced form factor. Most of us have an abundance of spare USB-C cables kicking around these days, so it’s decidedly more convenient.

And then there’s the form factor. The UNO Rev 3 is, more or less, the same size as its predecessors, dating back to the original design. As you expect, the UNO Mini Limited Edition is a quarter of the size of the original footprint, measuring 34.2mm x 26.7mm x 8mm.

The UNO Mini Limited Edition is available for pre-order right now here on the Arduino Store, and will be available from all your favorite electronics suppliers very soon. Some of our partners already have their per-orders live: