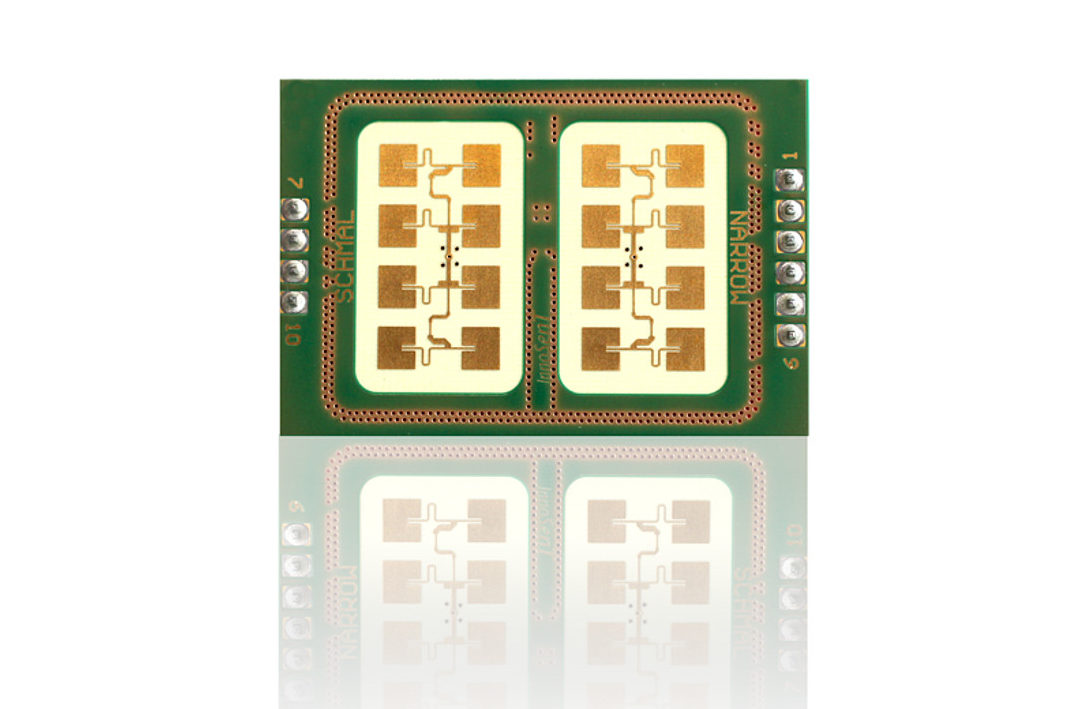 InnoSenT’s IPS-354 operates in the 24 GHz ISM band and was developed for classic industrial radar applications, especially as a motion sensor for escalators. It is a K-band transceiver with two antennas; the split of the transmitting and receiving path enables maximum gain. For signal intensification, it also comes with an IF pre-amplifier. Its bandwidth is limited to lower the noise floor. Because of its stability in frequency, one version is usable for worldwide use. This product is also available with a wider beam by the manufacturer directly.

The IPS-354 detects the velocity and direction of moving objects in a mid-range coverage area and offers detection range up to 30 meters. The sensor uses a stereo (dual-channel) operation for the identification of motion direction.

To get information about the distance and presence of objects, an FMCW version of the IPS-354 is also available. The IVS-362 detects moving and stationary objects and recognizes distance.