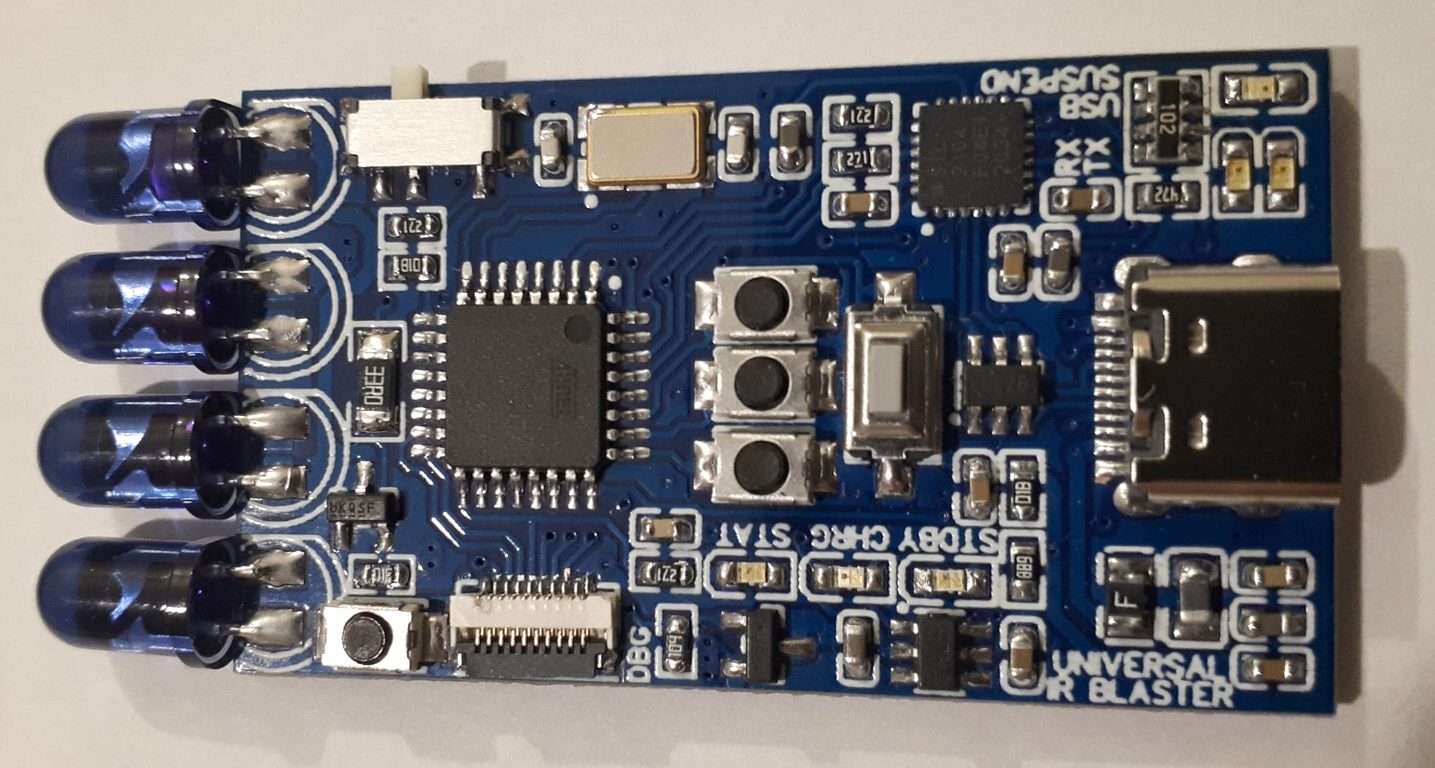 Mitch Altman invented the TV-B-Gone, consisting of an infra-red LED, two CR2032 cells, and an integrated circuit containing the television power code database. It is a very well-known kit among makers and hackers. This device can be pointed at any noisy TV in the public space and turn it off. The TV-B-Gone covers almost any television, including the latest flat-screens and plasma TVs. Hundreds of IR remote codes in the code database intended to power off the TV makes the IR LEDs blink out in rapid succession. This way, any TV can be turned off with a single button, but the functionality of this device is limited for this use.

Djordje Mandic from Serbia recently showcased his Arduino compatible programmable universal IR blaster. He designed the firmware for the TV-B-Gone hardware, and he describes it as a “TV-B-Gone on steroids”. The IR blaster can connect to your computer and control it directly through the serial connection provided by its CP2104 USB to Serial Converter chip. The designed hardware is 25.5mm x 45mm in dimension and can be powered by a li-ion or polymer battery.

Besides Arduino compatibility, the designed IR blaster has an onboard battery charging and protection circuit, measurement circuit of charging current, ESD protection for USB data lines, high power output stage for IR LEDs, and a PTC Resettable PolyFuse on VBUS. Moreover, the board is expandable. It has a flat-flex cable and dummy pull-down resistors for debugging and expansion. Talking about controllability, it has four buttons, one of them connected to INT0.

With the upgraded hardware, along with the newly designed firmware, one can do anything else than controlling TV by simply writing codes on Arduino IDE for the device’s ATmega328P microcontroller. One can use a simple plain-text control protocol to modify the behavior of the device and monitor its status.

The firmware designed by Djordje includes the following key features: