Have you ever been to a concert with no way to find the friends you were supposed to meet, seems like things could not get worse but there is no signal and Google map is not working (even when it does, it won’t pinpoint where they are)? Yes, I know a lot of people can relate to this situation. It might not have been at a concert, could have been in a conference, during hiking, cycling events or a beach party. A solution to this problem might be a recent crowdfunded product called Lynq.

Lynq is a convenient little device that’ll not only help you locate your friends and family in the great outdoors, but it might even save lives. Lynq is an ultimate tracker which gives direction and distance without the aid of connectivity or maps.

Lynq is a 4″x2″x1″ sized tracking device that works with a 3-mile range, it has been tested under various conditions according to the makers and has been declared to have the capability to work anywhere. A capable waterproof and rugged device that can work in the most extreme harsh environment as well. 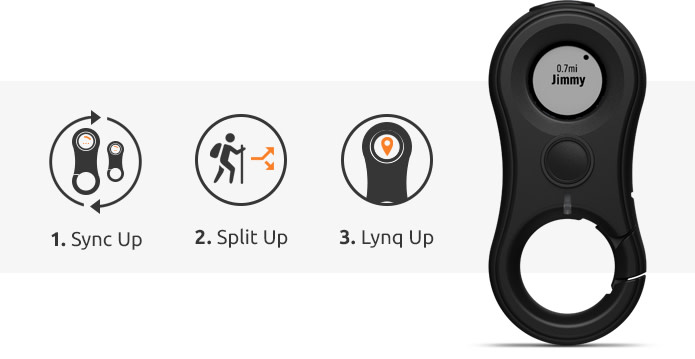 There are two stages involved when using the Lynq tracking device. The first step is the synchronization stage; with set up of the device you are able to connect to other devices one wants to track. Lynq can connect to a maximum of 15 other Lynq devices. Once you are done with the synchronization stage, everyone is free to roam along as they are within 5 kilometers range. The next thing after splitting up is the linking stage. You link up or should I say Lynq link up with the rest of your group. Just follow the directional indicator displayed on the screen to find them. One can also create or set up a safe zone or meeting point where everyone is supposed to return to.

The device comes in an hourglass shape, and it weighs 73 grams including the weight of the batteries. The battery can last for up to 3 days without charging. The GPS accuracy is 12 to 15 feet, and the accuracy of the directional indicator is 5 degrees. Lynq makes use of proprietary algorithms and communications protocols that combine low power radio, GPS and a custom antenna without the aid of sensors. USB cable for charging, a quick setup card, and a registration card come with the product. 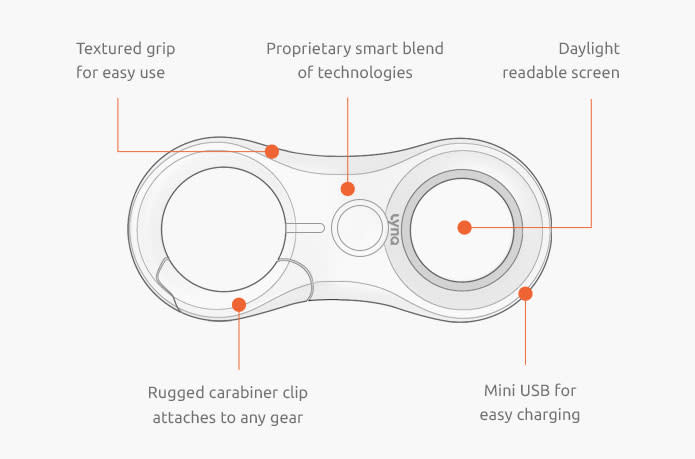 The company is thinking of including an optional connectivity application for people interested in connecting to their mobile phones. The product has a one year warranty for wears and tears or other manufacturing defects. Lynq adheres to the standard privacy policy and does not keep a record of the locations you enter after you successfully get to your destination and there is no way any other person can listen to you or watch you via the device, so it is safe.

Lynq is available for pre-order on the Indiegogo campaign page with a starting price of $89. More information about the Lynq tracking device can be found on the product campaign page.