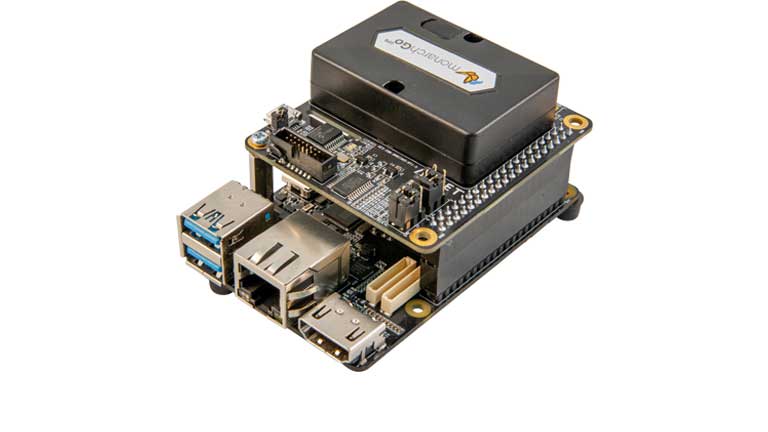 The Monarch Go Pi HAT kit is available in the Americas for USD $72.95. Learn more about this product. Raspberry Pi products and accessories, including the new Raspberry Pi 4 Model B computer with 8GB of onboard memory, are available from Newark, an Avnet Company.