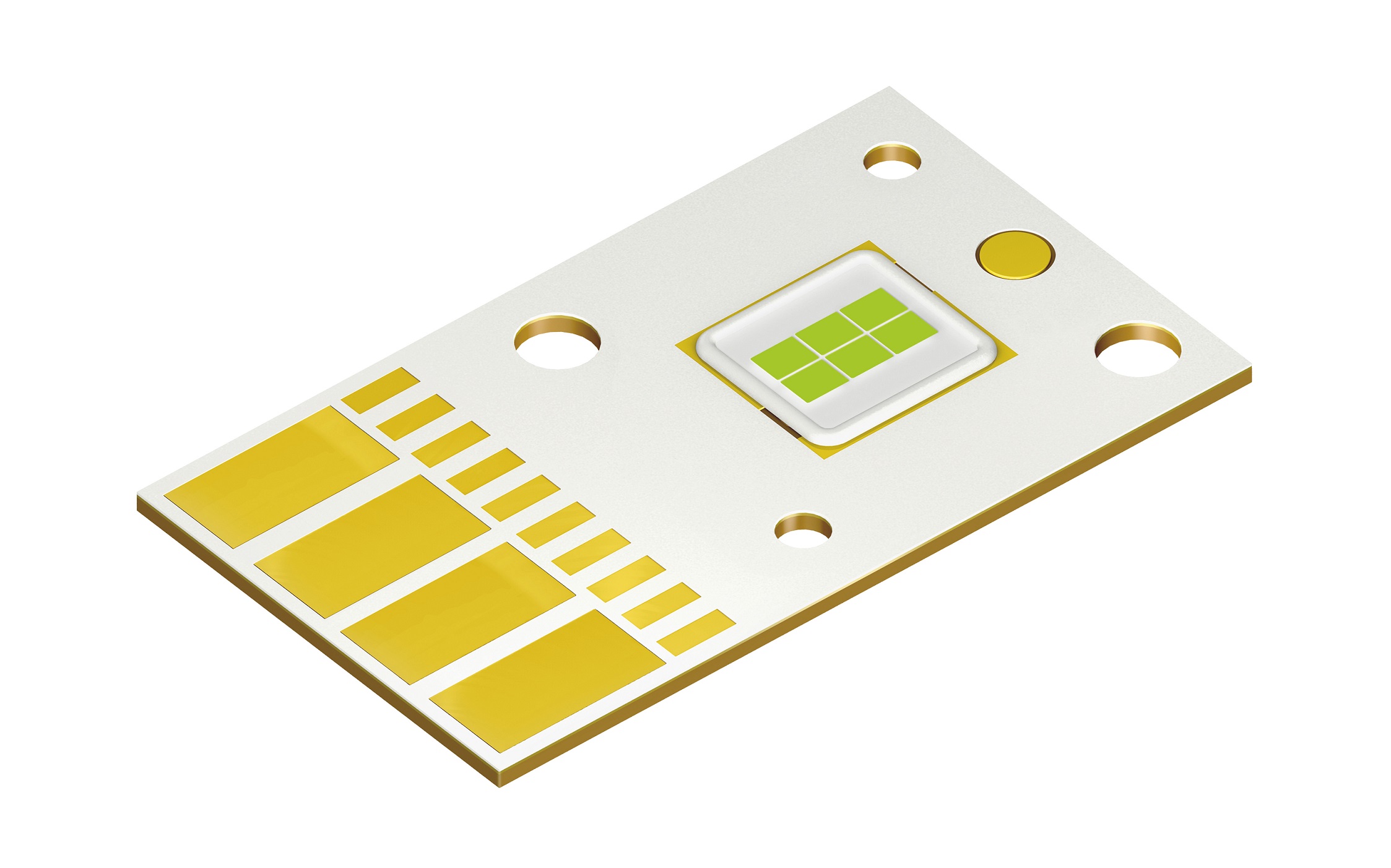 As projectors grow more and more popular in home entertainment systems, so have the expectations of users. In addition to ever-higher resolutions, the focus is also on richer colors, contrasts and, of course, higher brightness. With the Ostar Projection Power family, Osram has succeeded for the first time in achieving projector brightness levels beyond the 3,000 ANSI lumen barrier using LEDs instead of conventional lamps, making them accessible to a broad market.

This leap in performance was achieved, among other things, by improved chip and package technology. The developers at Osram have fundamentally modified the individual LED chips allowing them to be electrically connected in a series on the copper board. The system designer benefits not only from a significantly lower operating current (with the same power consumption) and reduced complexity of the LED driver but also from the much simpler contacting of the component. In addition, direct coupling of the LEDs to a heat sink is possible – without additional isolation costs.

“With products from the Osram Ostar Projection Power family, we have successfully crossed the 3,000 ANSI lumens barrier using LED technology,” explains Wolfgang Schnabel, Product Manager in the Visualization & Laser division at Osram Opto Semiconductors. “Our customers can easily integrate the new components in their desired power class into their system design and replace conventional lamps with state-of-the-art LED systems.”