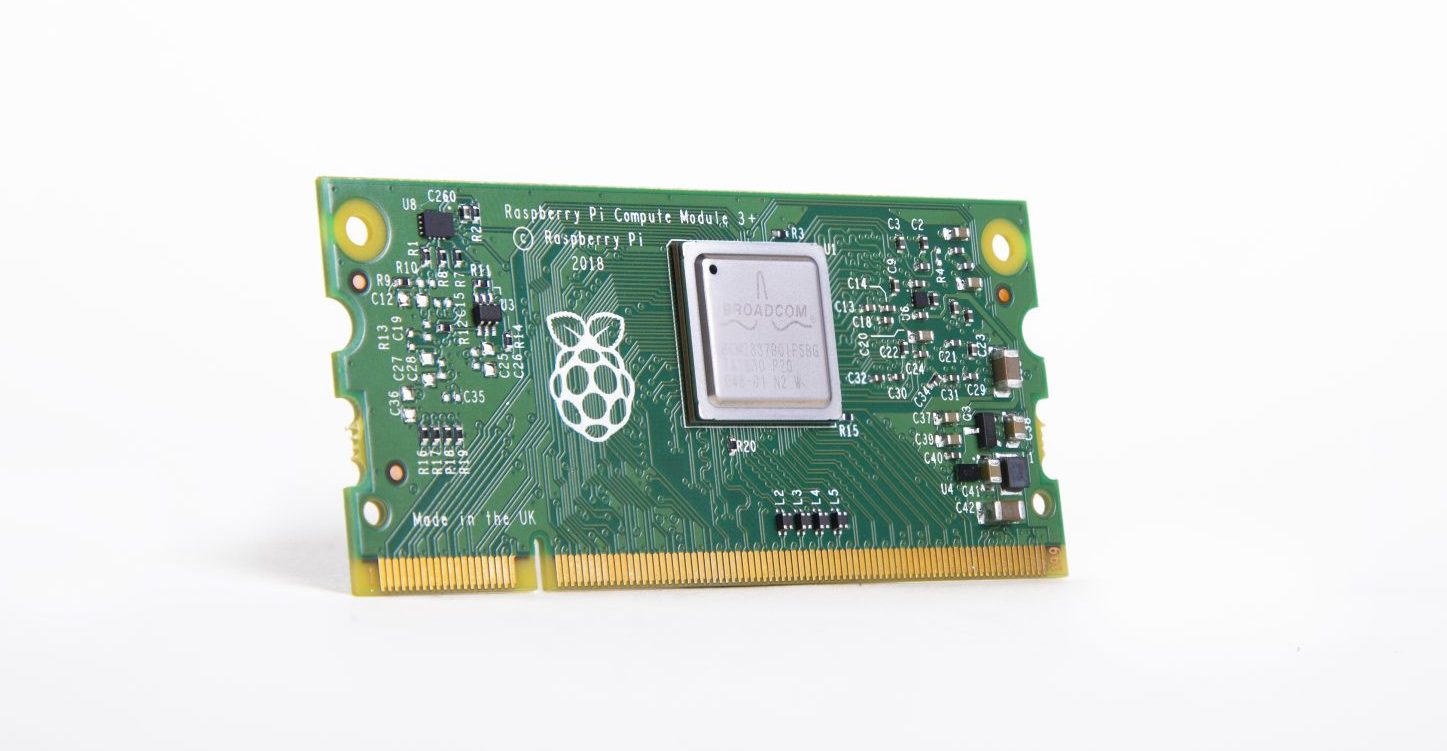 Like previously marketed boards of Raspberry, this new module is not meant for the traditional use. Rather, business and industrial use were intended with the New Raspberry Pi Compute Module 3+. Keeping the same compatibility, Raspberry new boards are the modern version of computing modules. For sure, development in the old system is always needed, so is the board’s industry. Coping up with the demand of the industry, the new modules have made users optimistic regarding their system.

Packed in a similar 67.6 x 31mm SODIMM styled module, the new compute module is built around the same Broadcom BCM2837B0 processor that is used on the Raspberry Pi 3, Model B+ and A+ boards but unlike the Model B+ and A+, the processor speed is clocked at 1.2GHz found on the previous compute module rather than the speedier 1.4GHz, and this decision is believed to be related to power supply limitations. Just like it’s predecessor, the CM+ continues to offer 1GB of LPDDR2 RAM and lacks the RPI 3 modules built-in WiFi and Bluetooth radios.

One major upgrade for the CM+ is the better thermal control. To overcome the heating issues, it has refined the thermal control system. So long lasting processing is an utmost feature of Pi compute Module 3+. In opting for the best feature for business and industry purpose, perhaps this is a first requirement to have increased thermal capacity.