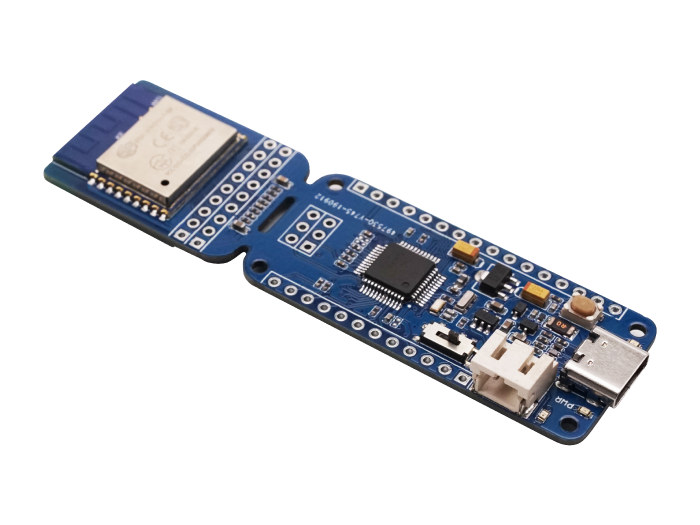 Recently, there was a lot of buzz as the 32bit general purpose GigaDevice GD32V which is based on RISC-V open architecture as well as the Longan Nano development board with LCD display were launched into the board market. Compared to the formerly released GD32 Arm Cortex-M3 microcontroller, the GD32V RISC-V MCU is expected to deliver 15% performance improvement in Coremark and 25 – 50% lower power consumption. However, since many applications require network connectivity, there is still a strong need for wireless SoCs for RISC-V MCUs and while the founding members of the RISC-V foundation are seemingly not doing anything about it, Seeed Studio is taking a bold step and has launched the new Wio Lite RISC – V board with the ESP8266 WiFi module to bring Wi-Fi connectivity to GD32V MCU.

The Wio Lite has a feather form factor that allows for feathering add-on board compatibility. It also has a similar development environment as the Longan Nano board and a support for LieOS and RT-Thread operating systems, as well as tools like the Arduino IDE, OpenOCD, PlatformIO IDE and GCC. Some of Wio Lite specifications include:

The board works with the Grove Shield for Wio Lite, so any Grove sensor or module can be used with it, just like in the Arm-based Wio Lite W600 which sells for $9.95. It is particularly ideal for battery operated devices and interesting to those that would want to work around with the RISC-V.

The Wio Lite RISC – V board is currently up for pre-order for $6.90 and shipping is expected to commence by the end of November. However, since the RISC-V board consumes less TBC than its counterparts and has an included battery support, there is a more likelihood that maybe by next year, RISC-V WiFi and Bluetooth boards would start selling for $2 or less.

For now, there is no documentation on it as such, but you can visit Github for some images, the PCB layout and the PDF schematics. More documentation would eventually be made available at Seeed Studio’s Wiki.