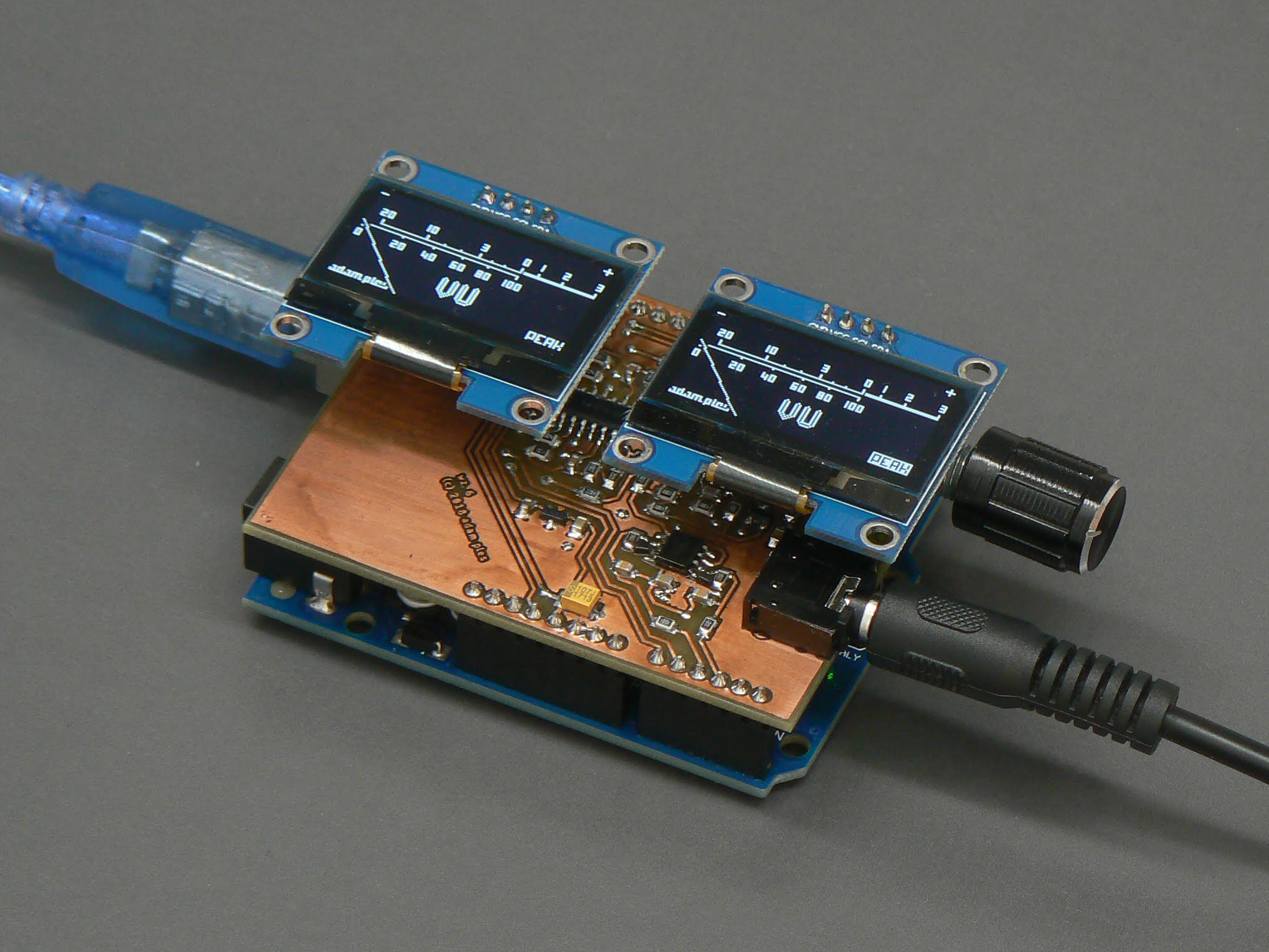 A volume unit (VU) meter or standard volume indicator (SVI) as it’s sometimes called, is a device which displays the audio signal level of an audio signal. It is essentially a basic voltmeter (fitted with transducers to convert sound to voltage) that takes a simple average of the signal and displays it with an attack and release time of around 300 ms.  It was originally designed as a kind of loudness meter, rather than as a peak meter, but it is generally used in audio recording to help make sure you’re recording at appropriate levels.

Today’s version of the project is based on a project started by Adam Ples on Github and it uses AVR ATMega88/168/328 (and ATMega48 if possible) which makes it compatible with Arduino boards like the Uno, Nano and Due. For the display, the project was designed to be compatible with small (and cheap) monochrome OLED displays based on the SSD1306 or SH1106 driver.