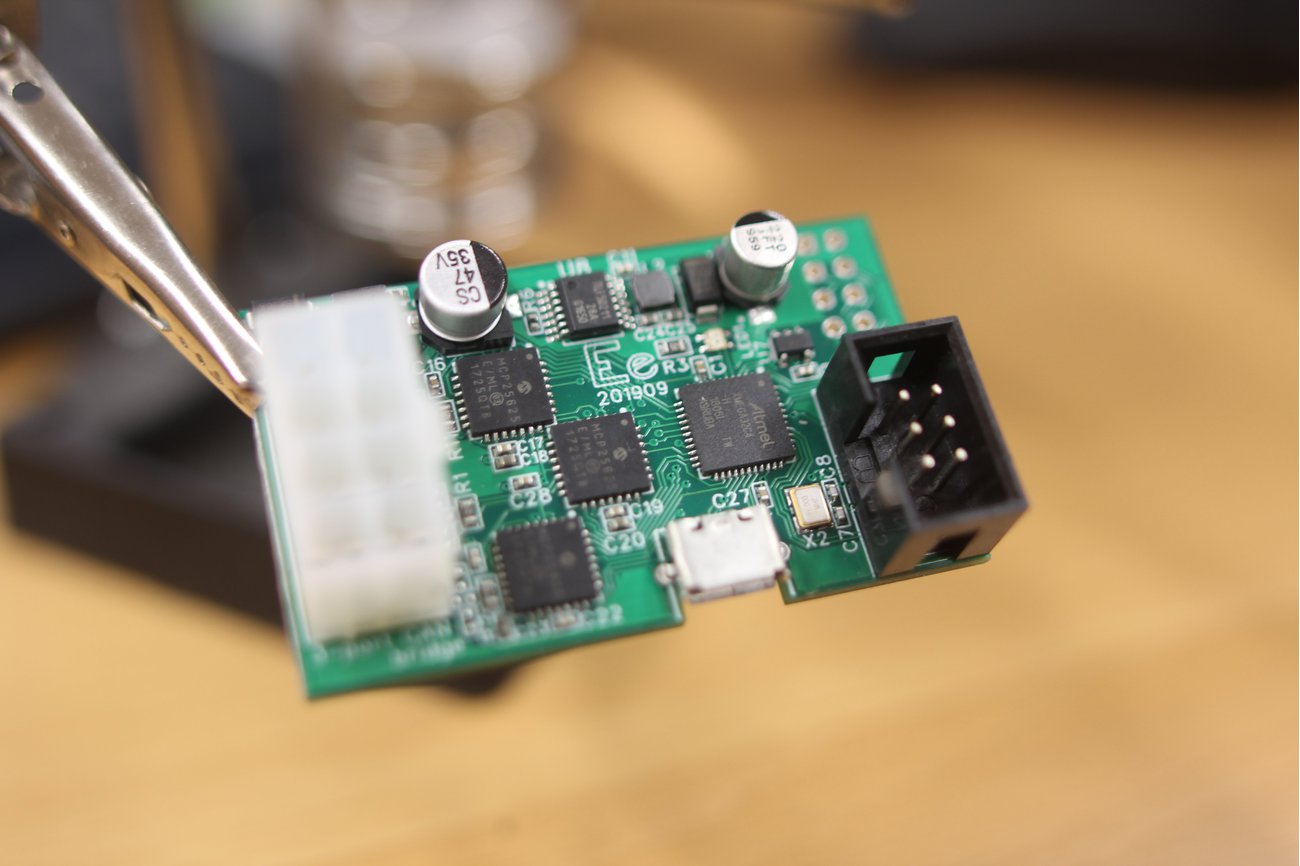 The recent release from Emile Nijssen might just prove to be one very useful tool in the hands of those investigating in automotive systems as the board is said to allow for MITM message modification on up to three Controller Area Network buses.

According to the author of the automotive device, the compact Atmega-powered transparent CAN bridge can be useful in modifying or adjusting the way modern vehicles behave.

“It is a little board that transparently relays CAN messages from one bus to the other, a wire, so to speak. That may seem useless. But wait, there’s more: You can modify the CAN messages in-flight. This is effectively a man-in-the-middle attack on the CAN bus. The board has three CAN bus, so if you want, you can actually do two CAN bus MITM attacks at once, or use the third CAN bus as a private bus for debugging, filtering, etc”, says Nijssen. “The board also natively supports logging CAN message over its USB port using LUFA’s USB-CDC implementation but might require you to use drivers while operating with certain Operating Systems”.

Further explaining the board operation, Nijssen said that even though the board is already prepared for operation, there might still be a need to edit the source codes in order to change the CAN data. “The sample project already implements everything you need to get started, and has some example lines showing how to modify CAN messages and receive commands and/or send debugging information over USB”.

However, one of the downplays of this board is that there is no interface for direct application programming, hence, any modification to the board’s behavior needs to be self-programmed. This can be carried out by first loading the project into an Atmel Studio 7 and thereafter flashed with an in-system programmer capable of PDI programming like AVRISP Mk ll.

“The hardware is open-source, available as Tiny CAD schematic and Free PCB layout. There are some additional features in hardware that you may want to use, as an expansion header with analog/digital I/O.”

Meanwhile, information on the specs and documentation of the CAN Bridge can be found here.  The board comes fully assembled and is being sold for $99 on Tindle alongside terms and conditions regarding shipping. Users already feel satisfied with the product saying that it is also highly recommendable for anyone looking to modify how their car behaves.