Skip to content
HomeBlog OSD3358-SM-RED – A Reference, Evaluation, And Development Board From Octavo Systems 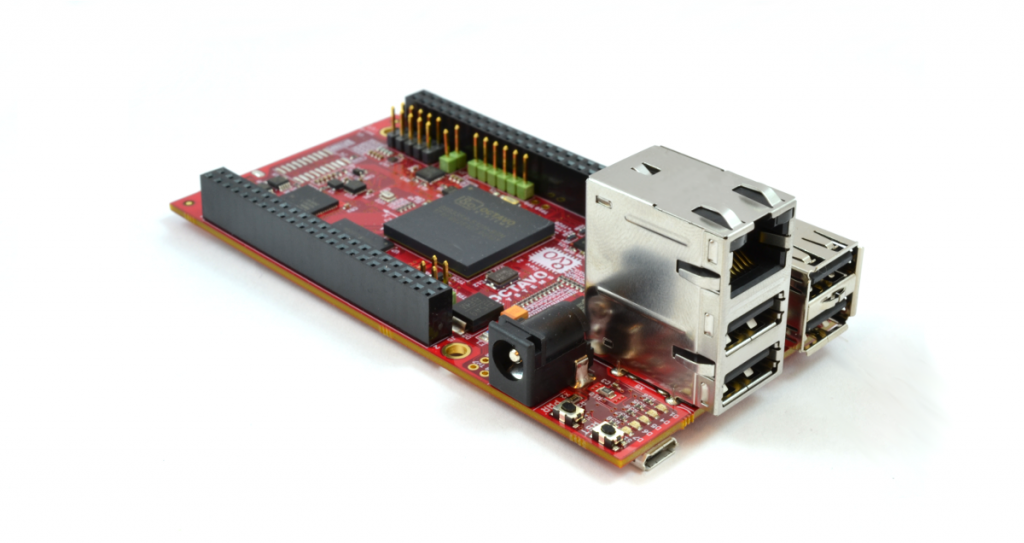 OSD3358-SM-RED – A Reference, Evaluation, And Development Board From Octavo Systems

The OSD3358-SM-RED from Octavo Systems is a reference, evaluation, and development board for the OSD335x-SM series of System-in-Package (SiP) devices. It is powered by a 1 GHz processor, ADC, and 1 GB of DDR2 RAM into an enclosure of the size of a coin.

The SiP needs a PCB, along with components like an Ethernet jack, power supply, IO pins, and USB sockets to communicate with the other complimentary electronic parts. These boards include several power options, including a micro-USB connector, barrel jack, and solder points for battery usage. Ethernet and USB connectors are included, along with expansion connectors setup so that BeagleBone Black Capes can be connected directly. Finally, a 9-axis IMU, barometer, and temperature sensor are included. Data from sensors can be collected directly without the help of extra hardware or software.

This board is longer and slightly wider than a Raspberry Pi, at an exact dimension of 108 x 54 mm. It’s also thicker at 32 mm due to the decision to mount the Ethernet jack on top of the two USB ports. A micro-SD card slot is included, though WiFi capability is not provided. For internet connectivity, the user needs to rely on wired or dongle connection.

It comes pre-loaded with a Debian Linux distribution, complete with drivers for the onboard sensors already available. It can also boot off of the SD card to load other Operating Systems. This board can be used in one of three ways: as a standalone device, a USB client, or using a UART port as a Linux terminal. In the standalone case, the user simply connects the micro-USB connector to an appropriate power source, then to a monitor via a micro-HDMI to HDMI adapter. Once booted up, the screen goes to a minimal Linux install, allowing the user to access a web browser, terminal, and other necessary tools that a developer can build upon.

At a cost of $199, this board wouldn’t be an appropriate substitute for a Raspberry Pi or BeagleBone in standalone situations, but it will certainly be useful for a professional upgrade to OSD335x-SM SiPs.